HOW TO CHANGE TEXT STRINGS IN YOUR EDITOR

Premise
For a long time I've wanted to directly edit the RPG Maker editor. The reason was that I had renamed the player stats in the scripts but they still displayed the default names when editing weapons and armor, frequently making me wonder stuff like "which stat did I rename to Perception?" when editing an item.

And I've finally found a way to do that via a Hex Editor. I'm using HxD, but any similar program will work.

Editing the hex
The file we are going to be editing is RPGVXAceENU.dll, located in the root of the RPG Maker folder (usually C:\Program Files (x86)\Enterbrain\RGSS3\RPGVXAce). You might need to move the file out of C: to avoid permission issues. 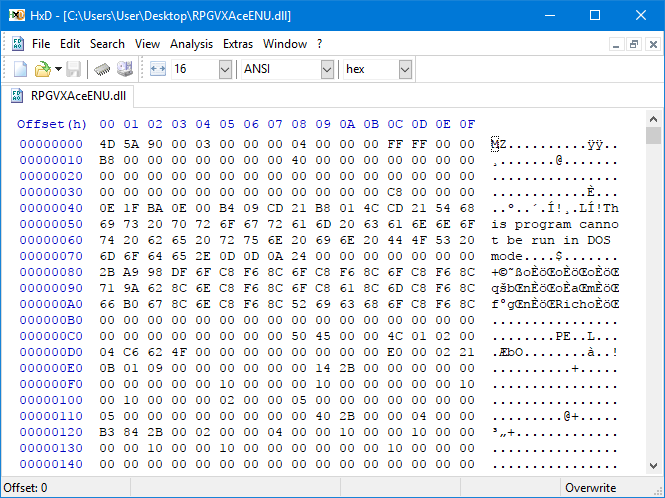 Press Ctrl+R to open the Replace prompt. Type the text you want to replace and mark all 3 boxes. The box "Unicode String" is marked because of how this file is encoded, without this you won't find anything. 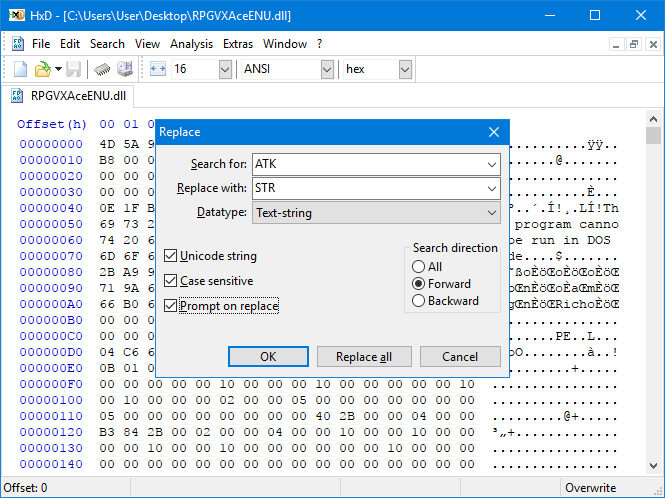 Press OK. Now the program will show you each instance of the text and prompt if you want to replace it or not.

The newly replaced text will be shown in red. Press Ctrl+S to save.

Now reopen the RPG Maker and you're done! 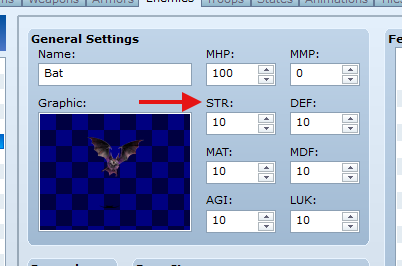