A brief interview with KoopaKush, creator of Lakria Legends

An interview with KoopaKush, creator of Lakria Legends.

The latest victim of my seven years running (average of one per year!) interview series is KoopaKush, creator of Lakria Legends, RMN's pick for Game of the Year 2017. 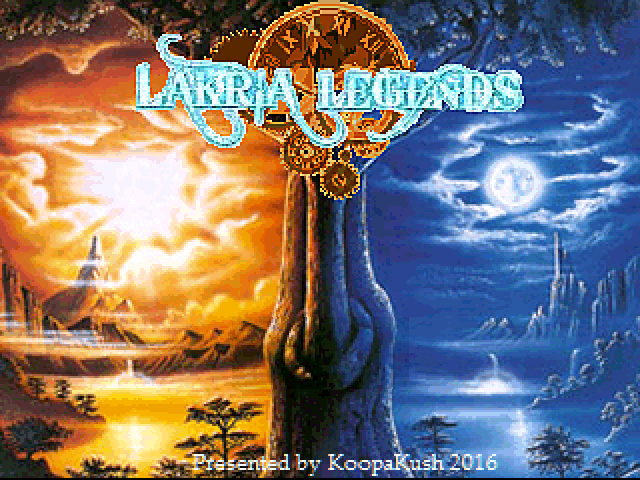 Start off by telling us a little about yourself!

My name is Amir Abdullah, but going by my developer name is fine! I've been such an avid fan of JRPGs and video game music for as long as I can remember. In fact, those two things are what really drove me to have a passion for wanting to design and eventually develop a video game of my own!

I've also been using RPG Maker 2003 specifically for about 12 years.

Lakria Legends was RMN's 2017 Game of the Year! Do you have anything to say?

I am honestly speechless, I felt like my heart had stopped when I saw the end results of the award! It was a very heartfelt, and humbling moment for me, the amount of support provided in this community is overwhelmingly amazing.

I'd like to thank everyone who has supported me and Lakria Legends, and also a huge amount of thanks to those who also make and support games within this community! Behind your hard work and passion is someones inspiration and drive.

What were your inspirations for Lakria Legends?

Oh man, where do I start? It would be wrong if I didn't include The Legend of Zelda series as a primary influence. The puzzles, dungeon layouts, creative item usage, this series just does it all for gameplay! Chrono Trigger/Cross, the Tales of series, and Baten Kaitos would be other examples. The art direction and some character designs are just simply beautiful!

Did you learn anything while making Lakria Legends or other projects?

I definitely learned a lot during the development of this game! Planning is very important when trying to structure a game on a larger scope, the last thing you want is for it all to fall flat! Besides that, there is also carefully organizing and forming the database for your game. A cleaner database results in better tracking of information and such, and as well as a nicer arranged Item/Gear Menu for a more efficient and easier use for anyone playing!

You had several team members contribute art and music to this project. Can you tell us about your experience working with others?

It was an absolute honor to work with such talented individuals, the experience was amazing! They were handled in a very professional and friendly manner. Both the artist and composer worked very well with the references they were provided and showcased some brilliant work.

Overall, there was a great sense of communication and understanding for what was needed! I'd like to thank them both once again for their hard work, this couldn't have been possible without them.

What inspired you to want to get into game design?

There was a point in my life where I just became infatuated with video games, and it wasn't just about the games themselves. It was everything about them. The music, the characters, the stories, and just how the games were played and how they were portrayed. I know I probably sound crazy, but I really respected the whole process that went into the development. It was just like writing a book, a movie, just put into a form of entertainment that I could really relate to.

Once I stumbled across RPG Maker, I felt like a kid at a candy store. I could feel the potential of what could be created using such a program. Best part about it? The program was made to be used by just about anyone! I wasn't too fluent in coding at all around the time, but I enjoyed just using the map editor and placing things here and there, just slowly learning and appreciating the program. How it all took off from there is another story!

Do you have plans for any future games?

I do actually! In fact, while nearing the end of development for Lakria Legends, that's when I seemed to really be forming new ideas here and there.

I currently have a good amount of notes and tidbits written for two new projects that I would love to take on sometime. Now, when will that happen? Only time can answer that one! ;)

Are there any games on RMN you like or recommend?

There are so many great games on here! If I were to list a few,
I'd definitely suggest: Fey, Hero's Realm, Phantom Legacy,
and Ara Fell. Also some to keep an eye out for: Beloved
Rapture, Jimmy and the Pulsating Mass, and Villnoire!

Any advice for other game developers out there?

Keep pursuing your passions no matter what! Do things because
you simply love them and not because they are expected. It's
always better to see a game trying to portray its own imagery,
it makes it that much more unique and memorable! There is no room
for ego here in game development, we all help each other learn,
develop, and support our creativity!

I want to thank everyone who has ever believed in me, and that goes for everything besides game development. It's an overwhelming feeling that deserves to be shared among everyone here. Keep striving, keep dreaming, and keep being yourselves! Here's to a new year, let's make it a memorable one filled with new games and ideas! <3 :)

Close
01/18/2018 03:55 PM
Well said indeed, KoopaKush. To you and your entire team, congratulations on a job well done!
suzy_cheesedreams

Close
01/19/2018 05:01 PM
Congrats! Interesting read. Lots of passion seemed to have went into this. I look forward to trying it out one of these days.
kentona

Close
01/19/2018 05:54 PM
Congrats man. Take what you've learned from this experience and hopefully craft a project that's even stronger in the coming years.
Arcmagik

author=kentona
I featured this because he mentioned Hero's Realm

I now know the secret to success on RMN :)
Pages: 1