This is a slightly-updated crosspost of something from my own site.

How long have you been in the RPG Maker scene and how has the experience been? 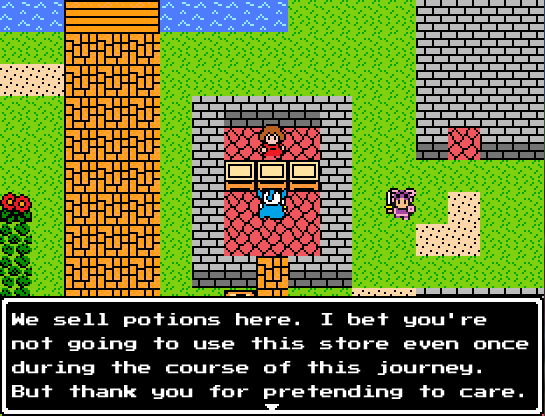 
I started using RPG Maker about five years ago in late 2012, right around the time VX Ace was just starting to get popular. The experience so far has been quite wonderful, as it brought out a creative side in me that, for a long time, I didn’t even realize I had.

You’re definitely somebody that’s into Dragon Quest and its inspirations are apparent, especially in Brave Hero Yuusha. What other games do you think inspires your work?

Well, I sure love me some Dragon Quest! But one of my other favorite RPG series is definitely MOTHER. Artistically, I find a lot of inspiration in the second and third games, and I really try to use their inspiration without sticking TOO close to it.

Additionally, I love the Kirby games and artstyle and I find I end up with quite a bit of that in my character and monster designs.

For a casual question, have you ever played Etrian Odyssey? I feel that it might be something you’d like.

Just the fourth game. I found it to be a lot of fun, but I guess the lack of a strong story didn’t really keep me hooked and I think I only finished about half of it. I really liked Demon Gaze though, which was a similar game with a stronger sense of personality.

How was it like releasing Soma Spirits commercially? Was it nervewracking? Would you say that it’s been successful?


It absolutely was nerve-wracking! The thing is, I didn’t really think about making Soma Spirits commercial until after the original version was released. But a lot of people believed in me and really wanted to see the game on Steam. So I pondered on the idea for a while and decided to make an extended version of the game with numerous upgrades.

The hard part was balancing a stressful full-time job on top of that. Working on Rebalance ended up just being a nights-and-weekends kind of thing as a result. And I really wanted to finish it before Greenlight went away.

In terms of success, it was definitely the coolest thing I’ve ever done with me life. And I really couldn’t have done it without the support of my friends. Especially SpecialAgentApe, who can make amazing music before you can blink twice. And visitorsfromdream, who made a stellar trailer for the game.

I really enjoyed SpecialAgentApe’s soundtrack for the game, especially the jaunty Banjo-Kazooie-esque tracks. Have you two ever considered selling the soundtrack?

As of this writing, I believe Ape has the soundtrack on his Bandcamp, and a Patreon you can donate to. Please support him in any way you can!

The battle system in Soma Spirits is pretty interesting and I love how it reflects the world’s dynamics. How did you come up with it?

I’ll tell you right now that using the default battle system and having only two party members is much more difficult than using three or four. Each character’s actions are more meaningful and carry more weight than they would in a larger party. Balancing this game with the battle system I had was VERY difficult!

When I think of RPGs that only have two party members, there’s usually some sort of dynamic between the duo, and it generally tends to be thematic. Take the Mario and Luigi games, for instance: one character is controlled with the A button and the other is controlled with the B button. Others might have a character whose sole purpose is to assist another. Playing it straight is very difficult and I don’t recommend it.

I wanted a system where the roles shifted depending on a certain situation, instead of the duo just having the same role in combat forever. In Soma Spirits’ case, it was location. You have access to different powers and elements depending on where you are. I hope it worked!

So you’re currently working on Crescent Eve. What new things can people expect from it? Do you feel that it will improve upon your past works?

In-development GIF from Crescent Prism when it was still known as Crescent Eve.


I’m aiming to make Crescent Eve a bit more straight-forward, rather than expand upon the heavy choice-based narrative seen in Soma Spirits. Making so many different possibilities in Soma Spirits was fun, but it also meant I had to split my story-writing attention in many different directions.

The big thing I want to improve on is the art style and visuals. I feel like I’ve come in a long way in the three years I’ve been making my own graphics, but I still have a long way to go before I get to where I want to be. It’s fun seeing how it’s all changed, though. My style keeps changing, so maybe I should sit down and try to get as many graphics done as I can before going any farther!

Note: The game has since been renamed Crescent Prism.

What advice do you have for people entering the RPG Maker scene?

My biggest piece of advice is: We all take inspiration from somewhere, but really push yourself to differentiate your game from that inspiration. Own your game and make something that is uniquely you!

Also, don’t be afraid of RPG Maker’s battle system. I think a lot of people assume right out of the gate that they don’t need it, but I think it’s a great learning experience if you want to learn about different aspects of programming.

Any games you’ve been looking forward to in the future, like any from your peers? 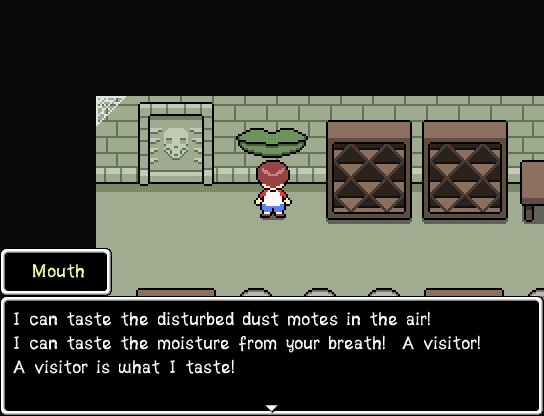 Jimmy and the Pulsating Mass


I haven’t had much time to play games lately! It’s a drag.

But some RPG Maker games I’m really looking forward to are Weird and Unfortunate Things Are Happening by unity, as well as Jimmy and the Pulsating Mass by Housekeeping. I think those are the two I’m looking forward to the most. I also really need to buckle down as finish the notoriously long Everlong.

There’s a few games from the tumblr community on my radar, too. Steel Zeroes looks very neat, as does Unknown World. Lots of good stuff coming down the pipeline!