IS VR KILLING THE JRPG?

Or can the two find common ground?

Is VR Killing the JRPG?
Or can the two find common ground?

Virtual Reality (VR) has rapidly advanced in recent years due to the increased affordability of microchips and growing consumer demand. According to the ‘History of Virtual Reality’ by the Virtual Reality Society, “the rise of smartphones with high-density displays and 3D graphics capabilities has enabled a generation of lightweight and practical virtual reality devices,” the growth of which continues to be driven by the video game industry.

As discussed in HP’s article on how VR has changed gaming, VR elevates the experience of traditional gaming by allowing greater user immersion. For instance, it usually places the user into a true “first-person” point of view, where you can use your own body parts to control your player’s movements onscreen. As a result, it has completely altered the landscape of gaming.

Currently, there is a massive list of games being ported into VR format. The comic-book-like Borderlands 2, with fully customized guns and weapons, was recently released on PlayStation VR and is also available on the Oculus Rift and HTC Vive. The highly talked-about Beat Saber, a rhythmic game that involves wielding dual lightsabers to music is also available on Steam for Oculus Rift and HTC Vive. However, one notable issue is the absence of Japanese role-playing games (JRPGs) in VR formats, which may be a cause for concern for many fans of the highly popular genre.

Why are JRPGs missing from this VR games list? Perhaps it has a lot to do with what appears to be their relatively incompatible gameplay formats. A lot of it has to do with the user interface (UI).

VR Focus states JRPGs traditionally tend to be statistic-heavy in terms of video games, which involves experimenting with various attack and defence stats or taking part in magical combat. This makes it difficult to convey this overload of information to VR players, involving a great deal of menu reworking to make it feasible.

However, developers have suggested illustrating these hit and attack numbers as “physical objects in the game world, no longer stuck to the player’s head’s up display (HUD).” Furthermore, other menu options like looking through backpacks and sorting through items would be much more fun through VR. Evidently, there’s a multitude of ways to transform these everyday JRPG actions into innovative VR movements.

Another issue that may put some VR developers off JPRG is related to their lengthy playtimes. This can be a huge limitation in terms of current VR technology. The Oculus Rift and Project Morpheus can be uncomfortable for long playing periods and can cause headaches and discomfort. A possible alternative is to use a dual combination of both VR and standard display formats, with the headset being equipped for special scenes or during combat.

Although it may appear so at first, we can conclude that VR isn’t killing the JRPG – in fact, lots of people want to see JRPGs adapt to VR, like users in this Reddit thread discussing ‘What Implications Do You Figure VR Will Have for JRPGs?’.

In particular, they state that first-person dungeon crawlers would benefit from the immersive nature of VR by providing an improved navigation experience. However, as one user mentions, this is highly dependent on JRPG developers, who are viewed as rather risk-averse right now with JPRGs being “historically slow to adopt radical new technologies.” On the other hand, some game developers on Reddit would love to use VR but lack the proper funding. Clearly, the demand is there but implementation still has a long way to go.

Currently, The Five Steps of Player Retention haven’t really changed, even with the introduction of this new technology, so there’s no reason why JRPGs - and indie games, no matter their genre - can’t coexist with VR and adapt it as technology develops and JPRG developers are willing to take a leap forward.

All it takes is all it's ever really taken:
- Time
- Money
- Dedication 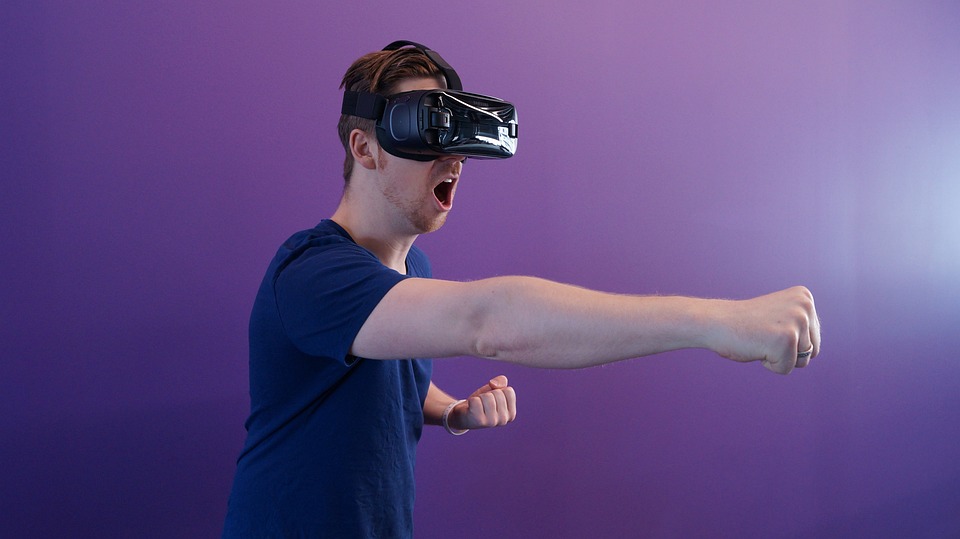 Close
02/03/2020 05:30 PM
Cool article. The one thing I would be really concerned is perspective and turn based battles. I guess a lengthy game like Skyrim would transform well with it's first person view and direct combat, but so many games like Dragon Quest can't quite benefit from vr.
Darken

Idk I think JRPGs are just dead. When's the last time any AAA game actually made their games turn based? Dragon Quest XI? The fun thing about turn based RPGs was the minimum amount of inputs needed, you don't have to be on your toes or be active you can just lay back and explore a world. Nothing that motion controls would enhance since that defeats the whole point.

When I imagine a VR ""JRPG"" I imagine you playing as an awkward anime character with live mocap looking movement with a lot of physics and you awkwardly carrying a command menu like its a clipboard with a Final Fantasy pointer glove covering your hand. Maybe something awkward like this. Idk there's no real value proposition here, we all know it's gonna suck.
visitorsfromdreams

Close
02/03/2020 08:40 PM
Traditional JRPGs cost a fortune to make currently due to scale, hell, Squares having to cut FF7 into parts. There's a reason there's so few of them now and it's not just a fall in popularity.

I still don't know what VR could even add to the genre, if it didn't do much for the west's more action-focused RPGs I can't see it doing anything for menu-based games.
kentona

I see room for growth in that direction, vs. a pure VR experience.

They have dabbled with motion controls in RPGs (DQ: Queen Whatever on the Wii, Skyward Sword, and now Ring Fit Adventure). But I think that the biggest obstacle to uptake on VR in general is movement, and moving around and exploring is a big part of RPGs. Which is why I think AR gained traction with the RPG game mechanics - you walk around! in the real world!

I don't think JRPGs and VR mesh well right now, and won't until some fundamental problems with VR are solved.

Maybe one day we will get holodecks.
Sgt M

Action RPGs should be no problem to implement in the future.
Truned based and strategy RPGs... Well I could see some ways to implement this...

You and the enemy can still take turns. But you need to wait. When it's your turn you can move forward, but when it's not you're stuck in place. I'm not really sure this genre will work in VR very well. Luckily, even with new technology, outdate games from the Atari / NES are even still a thing. I don't think JRPGs need to worry about people forgetting about the console generation.

Note my idea of advance VR is something akin to the Star Treck holodeck.
Sgt M

author=kory_toombs
I don't really see VR becoming more than a niche thing at the moment.

I feel like there's a ton of developers and industry leaders who swear up and down that there's this massive demand for VR that will be impossible to keep up with.

Maybe I'm in this weird bubble among my friends, but... where is this demand, exactly? I can't remember the last time I've seen someone go "Wow, I really wish there was more VR". it's always kind of been something I've played at an arcade or a mall kiosk, had a nice time with it, but never wanted a home experience beyond that.

Maybe I'll look back on this post in two years and eat my own words, but at this point in time I feel like there's this massive disconnect between what the industry thinks people want versus what they actually want.
kentona

Close
02/18/2020 09:14 PM
I think VR is getting a lot of real-world applications, more so than in gaming. Companies are using it for 3D modelling and looking at scale prototypes without having to manufacture them for example. I think for the not so distant future VR is going to have a much bigger impact in commercial environments than it will in consumer ones.
JosephSeraph

Close
03/05/2020 11:05 PM
People have played (Non-)Virtual Reality turn based games for millenia.
It's just a matter of time until the tech gets explored and new potentials and dynamics emerge from it.
Chess has always been fun, and it's turn-based nature doesn't detract from it.
Sure, an immediate translation of the standard JRPG experience into VR is clunky and uncomfortable at best, but it truly is possible to re-adapt what is core about a JRPG and birth something new and certainly different within it, much like how JRPGs are fundamentally so different from the tabletop (and digital western) RPGs that inspired them.
volke_locke

A Lufia II style menu system (the most user-friendly combat menu ever made) would be very usable and intuitive in VR.

The VR could put you in the body of the protagonist during the battle - look to the left and see your white mage, look to the right and see your black mage. Look down and see the beautiful physique of a Paladin.

However, I imagine that attack animations may need to be made more realistic in order to not blow the brains out of the player.
orochii

Close
06/07/2020 08:48 PM
I think that article and maybe others want to push VR as the next standard, but there is no need for that, since it has its limitations. It's not a format for any kind of game, or not one where anything would benefit, as others have said. You can make a First-Person RPG and it would probably go pretty well, but it's not necessary to make ALL RPGs first person or do some wowie things with VR, that easily becomes just a $150+ gimmick.

Still, I don't see the "push" they talk about, only experimental crap (that probably is fun indeed), but that might be biased by the fact that I still play mostly old games. Or indies. They will try to capitalize on Alyx I guess, because "Valve always does it right".

But again, I don't trust them, they're pushing a narrative that makes VR the next thing, and marking others as outdated just because they haven't jumped into the hype wagon.
altonschaeffer
0