DEMO IS SHORT FOR DEMONSTRATION, PEOPLE!

A little food for thought by your friendly neighbourhood Sorceress

Compulsory Introduction
As amateur game developers, we are the types who are not confined by deadlines, expectations or budget (somewhat). Our only confine is our imagination, in reality, but also, if we count ourselves as active members of an RM* or game development community, we are also working towards releasing to a group of people who would actually like to play it, which brings us to the butt of our argument; the reason so many games become vapourware is because most games aren’t aiming to become a full game.

No, I’m not saying every amateur developer on RMN is stringing you along, far from it. It’s more that every amateur developer is stringing themselves along. Rather than consider how they are going to reach the end of their game they think about the next release they’re going to make; what many refer to as a ‘demo’.
This terminology is actually wrong. Like it was stated in the heading of this article, ‘demo’ is short for ‘demonstration’; a demo should show off your game and encourage people to download it.

Do As The Big Companies Do

If you’re going to refer to your next release as a demo you need to consider a few things.
-What audience are you aiming for?
-What are your best and most attractive points?
-How long is your actual game?
Why do these matter? Well, to cut straight to the point, your ultimate goal should always be a full game. Every graphic, song, database edit and chip you place should all be in the name of completion. You should never, I repeat, never, be aiming for the next ‘demo’ release.
Do you think big companies do this? No. Let’s consider some big company demos in order to really put this in perspective.
In the Castlevania: Lord of Shadows demo, you are given a background into the story, get to fight some baddies, ride around on a horse before the demo ends. But what does it all mean?
Well, of course, the tidbit in the story shows you that the game will have some emphasis on story line. It gets you intrigued and wants to want to know what will happen next.
Then there’s the fight against the werewolves in the town square. But wait! We’ve actually forgotten something; as Gabriel (the protagonist) enters the town square, we are shown the 3D graphics coming to life on the screen. This, again, is another selling point. Demos, in reality, are one big interactive commercial.
That’s why you’re thrown straight into battles in Lord of Shadows, because the developers want to show off the mechanics, and then you’re put on a horse fight, which again, shows off some cool mechanics. You get to taste all the good stuff, but it’s over before you really get into it, leaving you wanting more.
That’s the crux of this. Your demo should leave your player wanting MORE OF YOUR GAME.
Since we’re all making RPG’s, it’s fine if the demo is a few hours long, right?
NO.
Let’s look at some RPG examples then.
The Final Fantasy 7 demo is exactly the same as Final Fantasy 7’s intro. Cloud jumps off the train, etcetera. This is, in fact, the perfect demo in a sense. You get to experience things such as Materia use, Limit Breaks, battles, and a tiny taste of the story without going into mechanics or anything complicated. You get to explore one level and fight a boss before the demo ends, which leaves you thinking ‘what happens now?! I must go out and buy this game!’
Ok, a bit of an exaggeration, but that’s pretty much the gist of it. Another example, despite 90% of RMN hating it, is Final Fantasy 8’s demo. Similar to FF7, except you aren’t thrown into the introduction of the game. In fact, the demo skips the first hour and a bit, going straight to the Dollet scene, where the action takes place. You fight a few enemies, experience draw and GF’s, and get to fight a boss. This also shows off the game’s great point; its graphics. Rather than being in their school uniforms, Squall and his crew are in their regular outfits, so you get to see the character design and the realistic 3D scenes. Anyone ever notice that Dollet has the most cut scenes for one level in the entire game, with the best outfit shots? This is why. Square was showing off what was best about the game.

From these examples, we can get this essential lesson; a demo should show off your best points, and jump straight into the action. I should not have to farm for 4 hours in a demo before anything interesting happens. Anyone agree?
Another point I want to emphasize is that your full game does not have to reflect the exact build shown in your demo. Neither FF7 or FF8 stuck to what was given to the players in the demos- FF8’s system had to be tweaked and the characters were far too weak for that point in the game, and Rinoa wasn’t in the party, while FF7 (I believe) also had an extra party member and the stats were different. Feel free to look up play throughs of both on Youtube; they are fairly different from the released versions of both games! Nothing you release as a demo has to be final.

Then don’t call your releases demos. You aren’t releasing a demo, you’re releasing a big chunk of the game. Release your game in chapters if you must. In fact, that might motivate you more; releasing in chapters, HOWEVER! Remember, your main goal should always be a FULL GAME. You should always know how many chapters you are aiming for, how many parts, where the game will end and what you want to accomplish. Releasing demos tends to cause people to lose sight of their goals at times; I’ve seen in numerous times and I have experienced it myself.

TL;DR A demo is a medium for promoting your game, showing off what’s great about it, and encouraging people to download it in the future. Your main goal should be to finish a game, and promote people to play it.

Close
05/02/2011 10:27 PM
I approve of this message. Sometimes a little thing like a change of mindset can make a big difference.
Decky

Close
05/03/2011 11:23 AM
Good article. FF8's demo was insane (Friggin' AURA in Dollet :D) but it did provide a good demonstration of a lot of things the game would have (just not all at that point in the game).
ShortStar

author=ShortStar
Demo is short for if you should continue making your game or not.

Close
05/05/2011 06:46 PM
I totally agree to this. It seems to me alot of people release different demo versions then concentrating on finishing their game. I can see if they want to release it to have people test it out to work out bugs, but that to me is what beta testers are for. Good article!
LockeZ

Close
05/06/2011 04:33 PM
I seriously question the need for this type of commercial demo in a game that is free to play anyway. Commercial demos are released very close to the final release of the game, or even at the same time. Extremely few people would download such a thing if a full game were available for free.

Meanwhile, RM "demos" are released months or even years before the game is going to be finished. The goal is different. It's not to draw people into downloading the final game - it's to get feedback, and to show that the project is moving along. In commercial terms, an alpha release.

So basically your issue is that amateur developers refer to their alpha releases as demos? It's a trivial semantic issue. They can easily just change their terminology to match their release style, instead of vice-versa like you suggest.
Lennon
88

Close
05/06/2011 05:55 PM
But it's better to only release a bite sized chunk that shows off the main features of the game. Why make us play 5/6 hours to get crucial feedback when you can make an hour long demo and get feedback on the most important things?

If you want advice on other things, you can hire some testers to play longer releases, or just hook up with a buddy on AIM and ask them about it. It's just odd to release almost a quarter of the game to the public. If I played that much, I want to play the rest, not wait until it's done then probably have to replay it again and finish it.
Puddor

author=Lennon
But it's better to only release a bite sized chunk that shows off the main features of the game. Why make us play 5/6 hours to get crucial feedback when you can make an hour long demo and get feedback on the most important things?

If you want advice on other things, you can hire some testers to play longer releases, or just hook up with a buddy on AIM and ask them about it. It's just odd to release almost a quarter of the game to the public. If I played that much, I want to play the rest, not wait until it's done then probably have to replay it again and finish it.

This exactly. Though yes, one of my issues is calling alpha releases demos, the fact of the matter is that many developers aim towards new 'demos' and don't really seem to be looking for feedback as much as you think they are. A test on systems and such only requires a small demo; if you want feedback on maps, post images. Images and videos tend to get more feedback, from my observation, than releases do anyway.
Grimlock 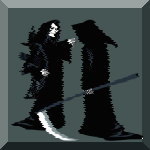 Close
09/10/2011 05:03 AM
Very nice article and I agree with it whole-heartily. FF8 demo was a great example as it was essentially at a point in the game that was quite further than where the actual game starts.

Close
10/17/2012 10:20 PM
This is very inspiring. I didn't know FF7 had a demo' I'm thanful enough to own the full game. Anyway, now that I know what the true meaning of a demo is, I can finalize my game's functions and stuff before releasing a demo again. Thanks again for this, it really lifted my confidence in my games.
JosephSeraph

Close
02/20/2014 01:29 PM
Euh sorry, but this article is kind of... pointless in my opinion. Commercial game demos are put out to get people interested in buying the full game. A demo posted by people on here is in most cases looking for feedback on their game in its current state (if it's fun, if the combat feels balanced, if the pacing is done right, if the mapping looks okay etc etc etc).
You're suggesting people to create demos that aren't even showing parts of the real game. You do realise that putting such a demo together takes a lot of extra time? Most people can't even find the time to finish their game on their own, let alone put something together like... your definition of a demo.
Pages: 1