TAKE DOWN FORUM RPG - PARTY A

The Forum RPG has grown too big for one Forum Topic!

Arthur
Unleashing the fury of his gun arm (he had a gun arm right? He has one now.) Arthur also takes a swig of Bacchu's Wine.
"SHTHANKSH! Now I can drink and attack at the same time!" Arthur announces proudly.
->30 Damage to Vicks!

Vicks (Xavion)
With your sonic blaster emitters on either shoulder, you let loose Screech!
->50 Damage to Arthur. Status effect is uneffective.
"Agh, eff the eff?! Will you shut that noise off?" Arthur demands, staggering around with blood dripping from his ears.

Khos
Walking towards Arthur, you lift and slam down the pistons of your jack hammer arms as if cocking two double barrel shot guns.
As the pistons slam to and fro, Arthur's body rockets left and right to the beat of every bash. What a hit!
->132 Damage to Arthur! Vicks
Rolling like balls of steel, the adamantoise-reindeer move in a single line, popping into the air to bean Arthur in the head, each in turn. They continue this for sometime, until Arthur gets really annoyed and swats them away.
->15 Damage to Arthur

Arthur
While taking a swig from the wine, he holds up his gun arm and fires into the air.
"Behold, we both have pets!" Suddenly, 15 Sandworm Larvae crawl out of the spawning area below Arthur's own personal graveyard.
"Attack, my pretties!"

MrChearlie
Blinking your eyes, as if you had returned from a near-death experience, you focus on the here and now. Ah, a battle!
"Thunder!" you chant, causing the heaven to split open with a searing blast of energy!
->3010 Damage to Arthur!
He's TOAST!!!
The fried husk of skin that was Arthur stands feebly still.

Khos
Auto-attack, to avenge your wife!
->51 Damage to Arthur!
The ashes of Arthur's corpse sprays everywhere, creating a rain of black ash.
Gross! 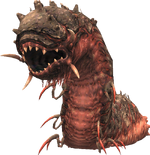 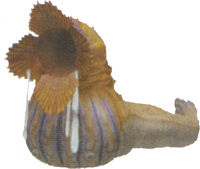 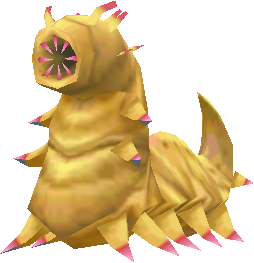 whoa You guys are hi-chaining without me? That's just not right. :<
721

Zeuzio
With a double swing of your axes, Sandworm 7 falls flat.
->198 Damage to Sandworm 7!

Vicks
With a Shoryuken you send Sandworm 13 flying!
->A lot of damage to Sandworm 13!

Khos
You pull down your pants in a taunting fashion!
->Sandworm 15 is enraged and will attack Khos next.

Sandworm 15
Picks up Khos in his mouth and flails around.
Khos is trapped for this turn!
Zeuzio

I try to chop off Sandworm 15's head with a sweeping axe swipe.
xavion