Add and remove actors through the use of character skills in-battle.

Actor Summoning v1
by me (again)​


Introduction
This plugin implements a very complex but powerful (?) actor summoning system. Originally inspired by the Shin Megami Tensei series, it lets you add and remove characters in battle through the use of skills.

But wait there is more...

This plugin makes several changes to party and formations, in order to make it possible to add and remove characters from the active group, both inside and outside of battle.

In order to permit groups smaller than the max, it overrides some of the functions for adding and removing actors. It also makes a couple changes to the formation mode at the default Scene_Menu. Keep that in mind if using a custom formation menu.


Screenshots
Ignore the window title, I make it all in a single project, what do you expect! Dummy! uwu 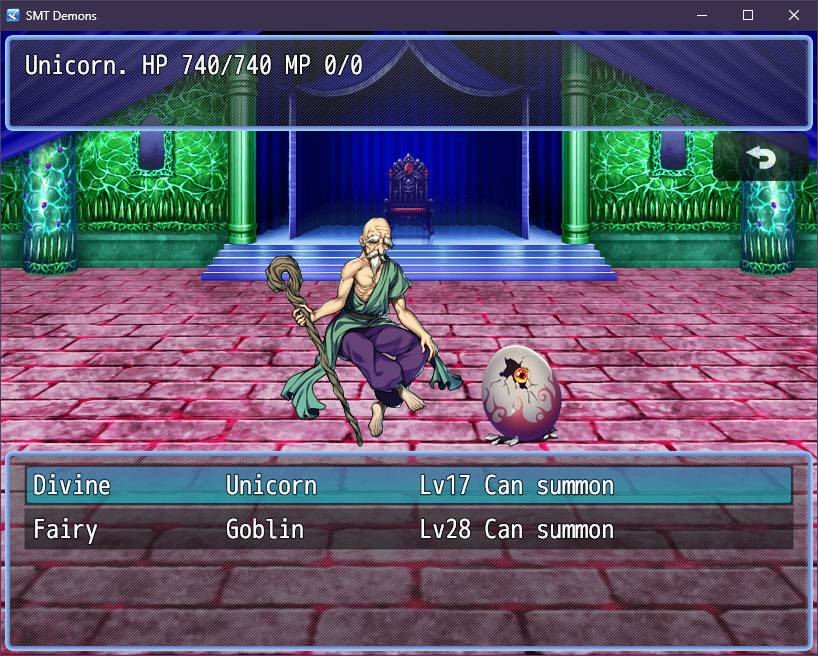 How to Use
gIvE yOuR sOuL tO gAmMaK!1!
Add the file to your project's js/plugin folder. Then open up the plugin manager (F10) in the editor and set up the plugin.
Please see instructions inside the help section at the plugin, either when importing/configuring the plugin in the editor, or by opening the file in any text editor.

License
Use under MIT License.

Special Thanks
Heartless_Angel for reminding me this was missing for the ULTIMATE SMT FAMGAM!!!!1
RM coms for being gud.