The RPG Toolkit is a free, open-source tool for creating 2D role-playing games and much more. First released in 1997 by Christopher B. Matthews and now maintained by the Toolkit community, the RPG Toolkit has a long history in the RPG making community.

There is a simple, yet powerful scripting language called RPG Code that lets you get straight into the basics of game making in no time. In addition there is an editor with all the tools you need to build your game world as well as additional plug-ins released by the community that add even more functionality. 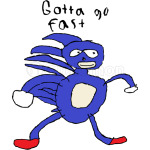 anyway until next time

Close
09/07/2016 03:36 AM
Disclaimer: It's been several years since I've last used this software. I was once a very active member of the community there.

The RPGToolkit is very simple to use 'out of the box.' You can get a simple RPG running with little effort.

I am not a fan of version 3's GUI, but that's a personal preference. The TK does not require any prior programming knowledge to use. You will be severely limited in what you are able to accomplish, though.

Last I knew, the RPGTK used a custom programming language called RPGCode. Scripts were extremely easy to write even for someone with limited programming language. There used to be dozens of tutorials and pre-written scripts for many different functions.

RPGMaker.net lists the TK as a 2d engine, which is what it primarily is used for, however several people have shown it can be used to make a 2.5d game and some have claimed they even had it running 3d games.

As of this post, the website is gone having been replaced by a simple logo, most recent download link, facebook link, and github link. A quick glance at Xavier's (the current 'owner') facebook wall shows this happened back in March and was to have been fixed within a week. The community is certainly not as active as it used to be.

Last I knew (and would know if the website were still up), the games created with this engine are considered open source. However, I would highly suggest finding a more powerful and robust engine if you intent is to sell your game.

If you want something a bit more powerful and customizable than RPGMaker, go with this. It is a good step towards either a custom built engine or something a bit more robust. However, do not expect the community to recover any time soon (as of this writing, obviously).
EgyLynx
0