I tried to edit PepsiOtaku's code so it would run without the OnComment command, but when I tried this during battles it crashed. So, I instead used mordant's old code. Supposedly, this is unstable, but I've never seen it crash or anything so I'm not sure what they mean.

I'd love to hear how to make this more stable, and drop me a line if you can think of more stuff you want displayed.

I added code that let it ignore \$ and \_ and then I added new code.

I tested it out, it all works!

Moreover, I would be interested to have the original name of a hero : e.g. in a Pokemon-like game, if a player is renaming a hero (a Pokemon), you would still have access to the original name.

Close
09/16/2015 02:33 PM
It was my decision to make it case insensitive. Given this, I did stuff that I could largely in the order they appeared. I think I didn't know how to do \x or \$ (the latter of which crashes things when I try). Since s was speed not skill, I put that earlier. Otherwise, s would be skill and t for skill description.
xshobux 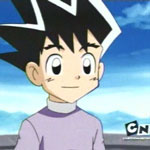 Close
07/01/2016 03:18 AM
Hello, I'm using this plugin for a skill tree type system where you can learn new abilities. Whenever I test play either starting immediately from the skill tree map, or starting from a test map I made that will warp you to the skill tree map from talking to an NPC, the commands work fine. ("Character learned \k(1)" shows up correctly as "Character learned SkillName"). However, when I test play right before you receive the item that allows you to access the skill menu, and then finally warp there and try to learn the skill, all I get is "Character learned (1)". This doesn't make any sense since there are no other differences in switch or variable usage with the above three methods. ANY idea what this issue could be?

EDIT: I think I may have pinpointed something. If I call any kind ofcommon event beforehand, the \k command will not work after. I have no idea why. The events that were called were all call type, and none were parallel process or auto start.
bulmabriefs144

That said, I've noticed something that the so-called "instability" may be referring to. If you press F12 to reset the game back to the title screen while a message is being displayed that uses a \n command (or the other special backslash commands added by this plugin to print strings in message displays), then, if you do this twice, from that moment on, every time that one of the backslash commands from this plugin gets used, it will display a space followed by the ID number of the pointer variable instead of the string it's pointing to. For example, let's say monster 0004 is "Slime", and we want to point to it with variable 0002, which is set to 4. Using \m{\v{0002}} will result in " 2" being printed instead of "Slime". This persists until you exit the game entirely and boot it back up (and it even persists through additional resets, whether or not a backslash string is being displayed when you reset again). It seems to take exactly two resets while backslash-related message strings are being displayed to make this start happening.

Is there any chance that maybe something can be done about this?