Wealth, fame, power.
The man who had acquired every Misao in the world - the Pirate King - said these final words at his execution:

"My makerscore and misaos? If you want them, I'll let you have them. Look for them, I left them all in one game!"

Now people chasing their dreams head towards the Full Games List. The world has entered the Great Age of Games!


And it's up to you, as members of RMN, to hunt down the most elusive of these beauties and put them where they belong - in the reviewed pile.


What is this?
This is another review event! It's time to get your fingers out and start typing! Play games, review them, then add them here when they've been accepted and eventually accrue enough numbers to gain a specific badge!

Keep an eye out for the bounty posters! It's first-come, first served, and you can get a special badge each time you snag one! There are new ones every day!

Rules
- Over the course of the event write reviews for any games on the site and submit them between the starting and end dates of the event.
- The reviews need to be accepted to the site - which means they need to abide by the review rules.
- Every day there will be shown some bounties to aim for. Be the first to put in an acceptable review for that game and you'll get a special, repeatable badge. Leave a post in the comments below when you complete a bounty!
- Starting date: 26th January
- End date: 17th February


Past Bounties
Show
These are still applicable to be nabbed.
- Help Me
- The Treasured Medallion
- Detective Butler
- SRW 2: Yoshi's Archipelago
- Pixel Oscar 2: Mask of Nightmares
- Dark Eternal 2
- Will You Ever Return?
- Animal Crossing: Old Pals, New Friends
- The Fall of Gods
- Knight's Dungeon

author=Cap_H
I might write a review or two or maybe even three.

Close
01/26/2019 03:23 AM
Bounties are up. First come, first served. I'll be able to see in the queue who put the first acceptable review in if there's a dispute.
bicfarmer

EDIT: Links to Blue Lab's downloads are dead... not much to choose from here
El_WaKa

Gdi, and I was going for that game, I really don't like FNAF

Ah yeah, I'm sure you know by now, but the download link for Blue Lab doesn't work
Liberty

Close
01/26/2019 04:07 AM
Okay, so Blue Lab worked fine for me last week (heh) but apparently it's not working now. I've swapped it out with something else instead. Sorry about that.

Close
01/26/2019 07:42 AM
Playing one of these three might be interesting. They're all far out of my comfort zone, especially the esthetics.
aquatorrent
5461

Close
01/26/2019 11:16 AM
aww i really want to join this (the achievements look cute) but i'm too lazy to play any games recently.. good luck for everyone who joins though!
halibabica

In more seriousness, I've had an eye on Flowers for Kasumi for a while. I might try to aim for that bounty, but, my time is exceptionally limited.
cutiesbae 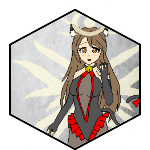 Close
01/26/2019 06:39 PM
I finished the review for Flowers for Katsumi it should be in the queue right now, and is currently pending.
pianotm

Close
01/27/2019 03:44 AM
I've submitted a review for WHITE MAGIC. It is currently pending and should be in the review queue.
bicfarmer

Close
01/27/2019 03:55 AM
DAY 2
I'm going for Echoes. It sounds like dead space and that's always interesting. I dont know why there is a bounty for a cancelled demo but I'll take whatever

EDIT: Got it in.
Liberty

edit: this is actually a cool event though, snark aside
halibabica