This is the third time we've ran the Swap in the Middle with You event. It's a pretty simple premise. You start a game and work on it for two weeks. At the end of that fortnight, all the games are pooled and then distributed semi-randomly to each other. Then everyone finishes the games they are given over the two weeks.


Creators are allowed to change the content of the first half of the game, in order to make it fit the end half ideas. It's expected so don't be upset if you find your game has changed between sending it off and getting it back!

I highly recommend making your first half a fun game that you don't mind morphing into something else, so as to stave off any protective instincts you may have towards the story and ideas.

If it helps people to disassociate themselves a bit from being clingy with their games think of the first half of the event as you making part of a game for someone else - it's not your game, it's theirs. You're just making it for them to mess with. The second half is where you get to make what your get yours.

Remember, we're doing this for fun, guys, and a big part of that is seeing how someone else takes your ideas and makes them into something else. Ideally, we'll see games come from this with interesting changes and twists, so don't get attached to the first halves!

If it wasnt obvious enough, the file title is er...let's just say the game name is the second half dev's job. Good luck!

Also anyone is absolutely welcomed to download and play, thanks!
CrazyBabi 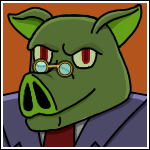 The first version is too big for the event locker so I deleted some unused assets.
Well, turns out I deleted some assets which I use.
This version should have all the assets… Hopefully.
Seiromem

Close
09/04/2022 06:12 PM
Dear lord... I actually finished something!
Is it something to be proud of? No, it was a procrastination-heavy workload. But I managed to push through and finish Something!
Such exhilaration.

Close
09/04/2022 06:51 PM
Alright, I managed to submit a first half, I think it has a solid foundation, but I wasn't able to get any significant databasing done, so to whomever gets it, I'm sorry for that! Really looking forward to what part I get and what interesting project pop out of this event!
Red_Nova

Close
09/04/2022 07:50 PM
Same, Ozzy. I had a clear stopping point that I wanted to get to, but couldn't. I hope I left enough open at the end for whoever picks up my entry can take it in whatever direction they want.
El_WaKa

Close
09/04/2022 10:48 PM
I just submitted my first half, though it's more like a quarter of a game. Whoever gets my second half? I'm really sorry for the mess and there is no excuse I can give you.
Soulrain

author=El_WaKa
I just submitted my first half, though it's more like a quarter of a game. Whoever gets my second half? I'm really sorry for the mess and there is no excuse I can give you.

Don't feel bad. My game is honestly kind of boring tbh. I'd rather have a messy but fun game than a polished but boring one. And my game isn't even that polished.
CashmereCat

Close
09/05/2022 12:11 AM
Despite not being able to finish a first half, if you need me to finish the second half of a game, please contact me. I don’t mind the second half. It was just the first half that scared me. I didn’t feel comfortable judging how much or little effort to put in.
lavendersiren

Close
09/05/2022 01:38 AM
I think my first half may be a bit filler-y, with my need to finish one solid thing every day to earn that egg, but thankfully it should be reasonable to work with. I did minimal databasing, most stats are unchanged from default. Regardless, I'm satisfied enough with it. Best of luck to whoever gets it!
orochii

author=orochii
I don't have anything else to say, besides...

No worries. Chances are equally good that you'll be someone else's "second person."
Liberty

Close
09/07/2022 12:42 AM
I put a vote up on discord asking if a list of names and partners should be shown or private PMs and the majority vote was a list, so... here goes!
(Also, if you're doing an event, it's a good idea to join our discord to talk to each other and show off what you're working on/get feedback and inspiration/etc, even if you're not wanting to use any other areas of it)

Second Half > First Half
For example, Liberty gets El_Waka's first half.

If you have any issues of any kind, let me know, but I made sure everyone who gets someone's first half has the engine they need to edit it, so that shouldn't be a problem. I won't say that I tried to give preferences since it was pretty much randomised bar fitting the engine needs, but I'm pretty sure some of you ended up with preferred engines just by luck.

Have fun, you have until the end of the 25th to get it done!
OzzyTheOne

Oh, Red Nova, if you need help with MV's scripting/javascript or whatnot just ask.
Soulrain

I don't feel like doing another swap event anymore. In fact, I don't even know if I want to finish this one now.

EDIT: Turns out CashmereCat will be finishing my event game. As for the event game I'll be completing, guess I have none at the moment. *shrug*
Marrend

*Edit: For what it's worth, I'm trying to put together a playlist of the Swap 3 games. It's a thing I've started to do recently with events I'm involved in. Though, such a playlist wouldn't hurt in regards to the Misao thread.
pianotm

Close
09/23/2022 11:24 AM
Hey, there's three-ish days left to this, and I want to remind people again that you need to submit a gamepage, and set up a download, to complete the second half. As of this writing, my playlist for this event has tagged 9 gamepages out of the 14 viable entries!

*Edit: I think I temporarily forgot that the reason I can access the otherwise private gamepage of Summoner's Soul is because I'm listed as a dev on it. Anyway, if you have a gamepage that is flagged as "private", uncheck that box!
orochii