One map.
Romance.
You.


Make a game on one map focused around romance! Valentines strikes once more.

Rules
- One map only.
- Start when the clock says to start. Don't forget to update your timezone on your profile (under settings).
- End Midnight Sunday the 16th.
- Submit games to this event page. Zip them up and make sure they're complete. You do not need a game page to enter this event.
- No resource or whatever else starting before the event begins.
- Any resources you want - custom, rtp, pack, whatever goes.

The theme is ROMANCE

VNs? Maps? How?
I'd rather you don't do a Visual Novel (or at least do a hybrid with an actual map, if you must) but if you absolutely must do one, then one location.

Makerscore is a structural weakness.
12465

It's not too late, we could add another 40 encounters to it! 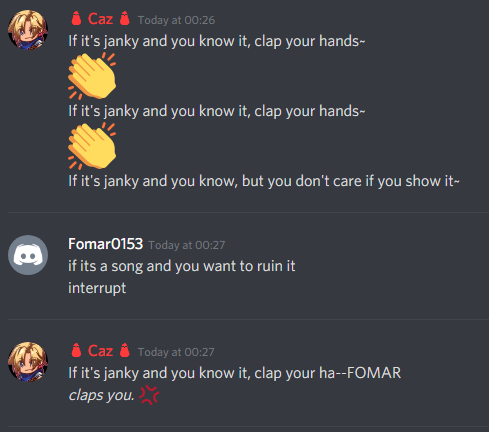 My game is up now, but honestly, it's an incoherent mess, also known as: shit. My original plan got too big and I had to make a second game in 48 hours. But still, I had fun and that's the only thing that matters.
Mirak

Stand back. Artist at work. I paint with enthusiasm if not with talent.
5860

Close
02/17/2020 02:29 AM
For anyone who isn't in discord, Liberty is giving us another day to fix bugs and stuff before she streams the games tomorrow, so yeah. Upload your fix and PM it to liberty before tomorrow at around 7pm (that's my time +6gmt) god knows most of us need to fix shit
Craze

edit: you can still beat the game. it's just one npc
Shinan 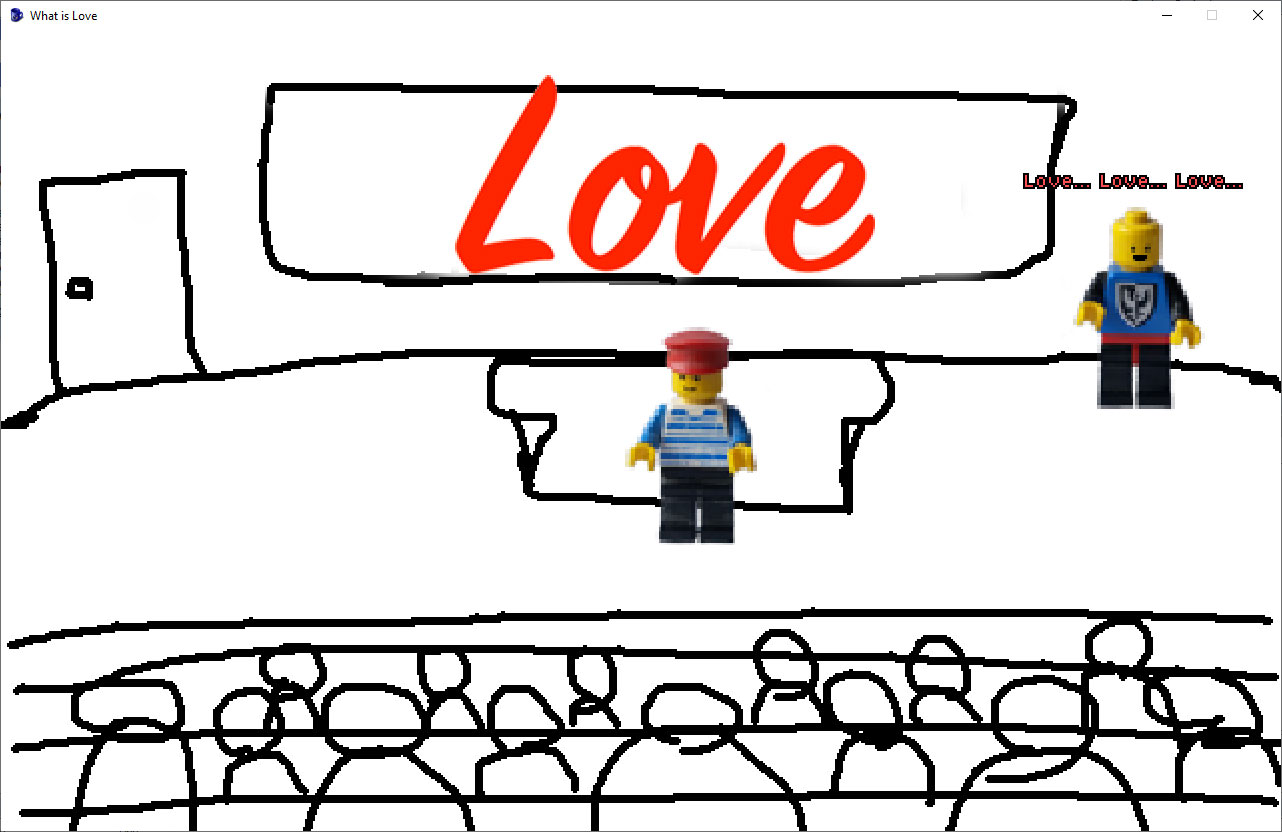 Maybe I'll finish it in time for next year's valentine event.
Cap_H

Close
02/17/2020 01:32 PM
Love to everyone, who managed to make something and love to everyone else.
I spent too much time watching terrible videos instead.
Craze

Stand back. Artist at work. I paint with enthusiasm if not with talent.
5860 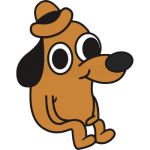 edit: very small update. fixes a period, a half-broken skill, and a fatal error that is very rarely caused when using seth.

just repalce the Data folder from version B (a few posts above) with this.
Craze

Search for True love by Soulrain: Cool, a game maker game! It was nice and short, although I hate those disappearing platforms and the trampolines sometimes blend with the rest of the level, but other than that, I liked it.

Dates at the Gilded Dallah by AtiyaTheSeeker: That was cute! Very nice and sweet. It's hard to get the bad ending tho plus there were a few minor bugs here and there but nothing that ruins the experience, Good job.

Battlefleet Excalibur by Sidewinder: Wow, I can't believe this was done in RPG Maker AND in just a week! The game was somewhat short, but that's okay as the gameplay was starting to get stale when I got to the end. I usually get confused quickly with these kinds of games, but I got the hang of things pretty quickly even with the lack of a tutorial. I would love to see this expanded, with more buildings, research, and strategy options.

Puck's Bow by coelocanth: A cute little game, it's fun to try and unlock everything but aside from that there's not a whole lot to do. It deserves a playthrough though.

In Memory of Selina Fritz by Fflo: The idea was good, but the execution needs some work. The graphics clashed with the RTP character and the slow walking speed coupled with a big map didn't make things better. Some of the writing in the memories could be better too.

Some Kind of Meme 2020 by bicfarmer: I was happy to discover the Yume Nikki reference as soon as I started the game!... But then I replayed the game and found out that's actually the whole game. Very barebones.

The Bond of Combat by lavendersiren: I loved the presentation; it was very cute! Just look at that map and the mood it sets in. The pacing of the battles could use some work tho, but other than, there's not a whole lot to nitpick. It's a really nice game, one of the best so far.

Pig's Luck by Caz: The concept and the graphics kinda reminded me of Harvest Moon and I think it's a simple and nice idea for a game, it makes you want to see every scene with every character. It's such a shame that this game is unfinished, as the current version feels pretty empty with almost nothing to do other than repeating that cooking minigame over and over until you finally unlock another scene.

With Love Comes Obsession by KumoriCloudGames and Runner9: I want to like this game, I really do! The graphics and the concept are great, but goddamn it, why it's such a pain in the ass to actually play? Please remember to remove accuracy and evasion when you're making a "puzzle battles," otherwise you're adding an unfair element of luck, and please give us some hint for the on-map puzzles too, I got stuck near the end because I had no idea of what to do next.

Will You Love Me by Corfaisus: I didn't understand this one too much, it was very simplistic and even when I tried to get for a bad ending the story didn't change that much.

Don't Let Your Date See You're a Vampire by Healy: Short and cute game, the anime tv show is probably the best part. And even the custom facesets, which are kinda wonky-looking, add to the charm of the game. I hope the dev will finish this game someday.

Valentine's Day Club ft. Pudding by TeamZorga: It's a shame that we have another unfinished game. I wonder how the original plan looked like? The Delsin path was confusing at first but it's perfect for a second playthrough and play around with it. Pudding's path was short but it worked, and there were hints of a third path but sadly, it appears that it wasn't finished on time.

Storm of Leaves by Liberty and Fomar0153: Short but neat, I would've liked more context though, and I think all those DnD skills would've been better on a bigger project, here, it feels somewhat superfluous.

Dust by El_WaKa: Edgy and angsty trash, the worst game of the event.

There are few games left to play, but either I haven't been able to download them yet (Mirak and pianotm's game) or I know they are really long (Craze and kourtnie's game) I'll try to check them out... eventually.
Fflo author=El_WaKa
In Memory of Selina Fritz by Fflo: The idea was good, but the execution needs some work. The graphics clashed with the RTP character and the slow walking speed coupled with a big map didn't make things better. Some of the writing in the memories could be better too.


I'm not surprised by your disappointment. I tried to devamp the characters but it looked very odd, especially when they were facing up. The game was finished 2 days before the end as I didn't have any idea to improve the story. Storybuilding is not my strong point at all.

But don't worry, I'm thinking on an improved version of Selina. By the way, there was a minor glitch in the game:
Show
After talking with Selina about the village, she suddenly disappears instead of slowly fading out.

The gamepage is also published: In memory of Selina Fritz's gamepage

And I agree about Storm of Leaves: the game's nice, but way too short to enjoy its gameplay mechanism.
Pages: first prev 1234 last