Close
02/06/2012 08:23 PM
DynRPG is a plugin SDK for RPG Maker 2003. “SDK” means “Standard Development Kit”, and in this case it means that everyone can create his own extensions to the RPG Maker software now, as long as he knows how to use C++. DynRPG not only offers the average programmer access to the world of “patching”, but it also provides the basis for far more powerful extensions than all “patches” made for the RPG Maker before.

DynRPG works using plugins. Plugins can be written in C++, they will be loaded when the game starts and they are notified of certain events (like the drawing of a new frame, the writing to a variable, etc.) and are allowed to react to these events.

What in past were “patches” are now going to be simple plugins. Any game using DynRPG can be extended by a new feature by simply putting a plugin file into a folder called DynPlugins. That’s far easier than “patching”, something which many game makers are even afraid of, because they think it might harm their game. And if somebody doesn’t like a certain plugin, all he needs to do is deleting it.

So, DynRPG is beneficial to both plugin makers and game makers:

- Plugin makers can use a simple C++ library to write powerful plugins and distribute them to other game makers!
- Game makers get many new possibilities just by adding these plugins to their game!
- Professional game makers are able to write plugins which exactly fit to their game’s needs, for example they might write part of their action battle system in C++ or apply a custom design to the default battle system, or maybe they even create a whole minigame using DynRPG… the possibilities are endless!

There is also a complete documentation, online and as CHM file in the download as well.

Features of the SDK:
- Access to many game objects, for example:
--- Actors
--- Monsters (current monster party)
--- Current map
--- Events
--- Pictures
--- Screen (!!!)
--- Switches and variables
--- System settings
--- Music and sound
--- and more
- Catching of events and the ability to react on them and in some cases prevent the default, for example:
--- When an event is drawn
--- When a picture is drawn
--- When certain windows in the battle are drawn
--- When actors and monsters are drawn in battle
--- When an actor or monster takes an action in battle
--- Every time the screen is refreshed
--- When an event command is executed
--- and more

Just think what possibilities this brings you! Suggestions:
- A "pointer everything" plugin
- A "bigger charsets" plugin
- A "nearly pixelmovement" plugin
- A "alpha channel" plugin
- A "custom status window in battle" plugin
- and MUCH, MUCH more.

Really interesting and powerful this thing becomes only when there are good plugins. At the moment I am at the beginning with that, thus please be patient until useful plugins are created!

There is one small sample plugin so far, which shows conditions in battle using icons. It's described and available for download here at the bottom of the page.

There is also a contest for plugin programmers: http://rpgmaker.net/forums/topics/10255/

Close
02/06/2012 08:28 PM
I've been looking at this for a while, Im happy that this SDK is released now I can finally find a solution for the pesky enemy interruption bug in the DBS. I have a few questions about the limitations so I'll read through the site and see if I can answer my questions there.
mellytan

cheers for sticking with rm2k3 development, you're a saint of rm
Large

Close
02/06/2012 08:54 PM
Dude yeah this is insane. We can finally trick out RM way more than any previous iteration/patch. Godsend!
supremewarrior
70 That is my reaction.

With this, (and hopefully when I start to develop knowledge with simple C++ coding), I can eventually and probably start to write my own plugins. Hell, these plugins may work even better than ruby scripting, because it's more simplified and it sounds a little easier to make them.

Finally I can add more action in battle if I don't have a fully developed CBS. I can definitely see CMS's on the way.

Many many thanks, cherry. The revolution of RPG Maker 2003 begins.

Close
02/07/2012 12:27 AM
You still have to be a cracker to be able to make anything useful with this hook toolkit and thus the task of adding new features falls upon people who bleed C/C++ and how is this any different from now? You'll actually have a harder time implementing half of the above magik features than I will (or had, since I've already implemented many of those), hope you've got at least three years of C/C++ under your belt.

You need enough knowledge to basically just write your own engine to be able to use this hack kit and even then it reduces the stability of the underlying software rather than just writing a new engine where you go from an unstable state to a stable one.

Not to mention you're piling duct tape on top of 10 year old software.

If you're all gung ho about modifying or writing a new engine in C/C++ you are better off just getting VX or XP. It's much easier than C/C++ and those engines already have alpha and such. Yes, the author of 20XX basically told you to spend a night in Ruby/VX/XP to basically do the same thing. Heck, they even have pre-made Ruby kits with all the features you were looking for.

You'll have more fun that way.


edit:
I know most of you are going to ignore me and try it out anyways- go ahead. Experience will be a better teacher.
LockeZ

Close
02/07/2012 12:49 AM
Thanks for reminding me why I left (the same ten people interpret criticism as personal attacks). Well, I didn't really come back this time anyways and I only meant to post for a little bit. You know where to find me, see you all. Lots of you already contact me that way so there's no reason for me to be here.
Seena 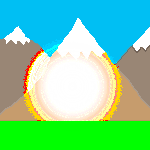 Close
02/07/2012 01:02 AM
Well, this is easily the biggest announcement in the RPG Maker community since the release of RMXP, and Cherry spent years on it and is releasing it for free. So, yeah. Maybe it's a little harder to use than XP and VX scripting, but what's amazing is that it's backwards compatible with ten years' worth of RM2003 projects, instead of being a new engine.

And I really don't think it takes 3 years of C++, I mean shit, I picked up Ruby scripting in about two days and this doesn't look any harder, it's just different syntax. If you can do VXP scripting you can do this. The only problem is lack of examples, and XP had the same problem when it first came out. Give it time.
heisenman

Close
02/07/2012 01:08 AM
I understand WC point of view though, most 2k3 users stuck with it because they didn't care to learn rgss/2/3 for like ten years, I can't see people suddenly learning C++ and going all productive with it.

Regardless, this is the best news for people who actually know C++.
I am surprised Cherry makerskore hasn't exploded yet O:
Jude