PICTURE OF THE MOMENT CLUB

Which game is that from?
unity

author=Cap_H
This looks great. And it seems to be much more polished then your previous tiles. I like the amount of detail and the dithering on glass is nice. It should be a pic of the moment for at least a moment.

Close
04/23/2017 08:10 AM
Hey, the current pic of the moment’s image link at the top is all broken and messed up and by clicking on that image it brings me to an anti-climbing paint message instead, unlike the text link at the bottom that is correct and works. I think it needs to be fixed.
Liberty

author=Dyhalto
That Rosary of the Reaper image has been there for what, over a month now? Let's change it up.
Here's a suggestion, just because of Cat with Sunglasses + Pun.
https://rpgmaker.net/games/10649/images/85141/

I second this.
Liberty

Close
07/25/2019 03:16 PM
I'd like to nominate a screenshot from UnEarthed
I think the aesthetic is really nice especially for an RPG Game
They have some really good ones, my favorites are this and this one but they're all really great.

Here's another one
Another one
And another one
In case you think these are better. I really love all of them and think it's worth the spotlight.
Dyhalto

Close
08/12/2019 09:40 AM
I would say Goodheart getting selected few pics back counts as they're graphics from the same author for his own project.

I would suggest featuring one of the screenshots of the machine that BREATHES. This one for example: 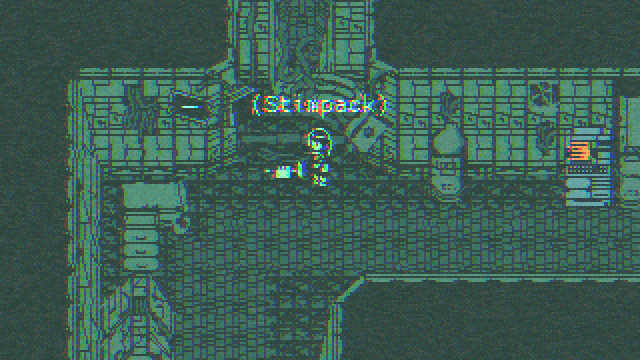 Close
08/13/2019 02:06 AM
The reason I haven't yet is because I tend not to use the same stuff if it's already got a spot. That is, it currently has a spotlight, so until the spotlights change to something else (which will be soon-ish anyway) I probably won't feature an image of it yet. But if new images keep coming out then it'll get there eventually.


The basic rule-of-thumb when considering stuff to showcase:
- does the game currently hold another spot on the front page?
- was it recently shown off in this position?
- was it released over a week or two ago (depending on the quality of other possible choices)?

If any of those are a yes, it likely won't get a spot at that time. This tends to go for all the various spots, though if we're having a slow week on submissions I might hit up something a bit older or (in the case of games to spotlight) classic.
Marrend

*Edit: Looks like it should lead to here instead.
Frogge