Episode 1 and 2 are awesome. It'll keep getting better when Yvonne comes next week.
Darken

Now we'll see Deb trying to get Dexter not to kill anyone. Good luck with that one, Deb.
UPRC

Close
10/11/2012 10:42 AM
I'm going to say spoilery stuff about last season and I'm not going to hide it because I feel that, if you're reading a topic about season seven of Dexter without watching anything prior to it, you deserve to be spoiled.

The last season started good, but a few things made it pretty craptacular. Gellar being dead, Deb falling in love with Dexter, Brother Sam dying (he was an amazing character who should have lived), and Colin Hanks being a weak ass villain who couldn't carry the weight of the role by himself. Also the Nebraska episode was like a badly written fanfiction.

With that said, I'm really pleased with this season so far. I loved how they cut straight to the chase in the first episode instead of taking the majority of the season for Deb to make any revelations. She just wouldn't back off, and it was awesome. Her acting in the first episode, as well as at the start of the second, was really great. Jennifer Carpenter already deserves to be nominated for an award for her performances this season. At the very least she had better get a nod because I'm fiercely impressed by her acting this year.

I can't wait to see Yvonne Strahovski in the next episode. I'm totally unfamiliar with her work (outside of her role as Miranda Lawson that I experienced in a brief playing of Mass Effect 2). She looks really stunning and seems to have the acting chops to boot as well. Can't wait to see what she'll add to the dynamic of the show. Michael C. Hall previously said that "everything that is light turns to dark" when the Hannah character is introduced. What the hell does that mean? I'm guessing she'll inadvertently tear down all of the progress Dexter made with Deb's "rehabilitation" plan.

Also Isaac rocks. Really liking him so far. He's more than just some random killer or nutjob. This guy seems cold, calculating, and intelligent... as well as just plain brutal. The way he dispatched the bouncer at the end of the last episode, despite being over so fast, was very ruthless. Can't wait to see how his story plays out.

Louis. I do not need to say anything more. He's one cocky prick!

Close
10/11/2012 11:23 AM
I don't think he'll last long. I know that In the next preview, we'll meet Hannah, and Viktor's boss, Isaak Sirko who seems to think Dexter is up to something and involved, or because he has evidence on Viktor

Well he might have Debra, the Mafia and Louis on his hands. Yeah so.... 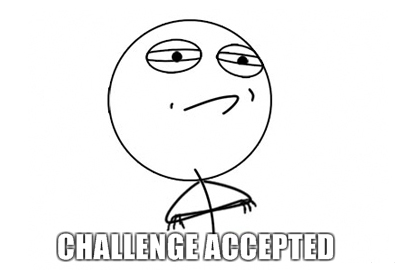 Show
Plus it looks like he'll be mistaken for Dexter and gunned down after poking around on the Slice of Life. Even though we can't see his face, the guy who supposedly gets shot is wearing the sort of shirt Louis usually has on.
benos
My mind is full of fuck.
563

What ED thought of Lumen.
UPRC

Close
10/12/2012 10:57 AM
Haha, that's awesome. The end of season 5 was definitely pretty bad. Lumen just up and leaving was pretty lame, but Deb letting Dexter and Lumen escape after killing Jordan Chase was just plain ridiculous.

Season 6's ending was only awesome because of the cliffhanger. The actual episode was pretty stupid for a season finale and I'm still frustrated by how Dexter was portrayed as Batman in that episode. He seemed to have something in his pockets for every situation. I don't know how the hell Dexter knew that he'd need to bring a syringe of water/fake tranquilizer when confronting Travis and I will never be able to wrap my head around it.

This season is just fantastic so far. I don't think that we've had two VERY good episodes back to back like this since maybe season 4. I hope that the writers don't screw things up and make the ending suck.

Oh, and this bit of casting info for the season finale COULD be considered a spoiler so I will hide it. I learned about this last week and it's pretty big news on a few sites discussing Dexter.

Show
Erik King (Doakes) is listed as a guest star for the season finale.

Here are some interviews with him. He doesn't come out and say that he'll be on the show, but he definitely hints that something is going on. Posting these as links because they didn't want to hide behind the hide tags when I embedded them.

And this video was taken on the set of Dexter. It doesn't spoil anything, just shows the cast supporting Lauren Velez's new movie.

So yeah, I can't wait to see what's going on in the finale.
benos
My mind is full of fuck.
563

Close
10/12/2012 11:25 AM
Show
Obviously he'll be part of Dex's path to admit his crimes as he taunts him in dark passenger mode, and seeing as the next season might be the last, and properly the last. Then the last season is Dexter's choices on giving up vigilanting or keep it going, and be a normal person, depending on how Deb's gonna deal with it, seeing as the next episode is him acting out his dark passenger in the preview trying to get some guy to confess from what I'm hearing, just a guess.
Deb isn't gonna like what's coming though to the end of the season, when he gets rid of the Mob Boss, I presume, we know the big bad properly seen footage in the airport seeing Dexter with Viktor in the wheelchair, but it might something completely different. And he properly has ties with some shady officers or some shit. But we'll get that answer soon enough
sbester
N
6409

Close
10/12/2012 05:50 PM
This show's been pretty bad the last couple seasons (S5 was just awful the whole way through, while S6 had potential that was completely wasted). As far as I've seen of S7, which has only been one episode... it's looking to be just as bad. Too many coincidences all happening at the same time, some very lazy and awkward writing between Deb and Dexter, and Dex seems like he's getting dumber every episode.

The biggest problem with this show seems to be that Dexter keeps making the same sloppy mistakes over and over again. He hasn't learned anything from (Spoiler Alert) Rita's death, and the fact that he keeps stalling to take out the main villains is both frustrating and hard to swallow. It's predictable, and really boring.
UPRC

author=sbester
As far as I've seen of S7, which has only been one episode... it's looking to be just as bad.

OVER 9000 PAGES OF PICTURES AND NO DISCUSSION, GO GO GO!
UPRC

Got some Six Feet Under Flashbacks.

Well for the new season: awesome, best thing since season 4.

I really like how they took care of the cliffhanger. Both Dexter and Debra acted well according to how their characters are (Dex coming up with a great explanation but Debra being to smart to put the things together).

The best thing about this season is creepy Louis. (h)
UPRC

Close
10/15/2012 11:53 AM
Okay, Isaak completely overshadows Jordan Chase and Travis Mitchell in the villain department. It's so fun having a competent villain again who actually feels intelligent and intimidating. He's not on the same level as Brian or Trinity, but he's definitely better than every other villain so far. I'm definitely glad to see the writers doing a good job this year.

Also, as expected, Yvonne Strahovski was great as Hannah McKay. I'll be SHOCKED if she doesn't end up in Dexter's bed.
benos
My mind is full of fuck.
563

author=UPRC
Okay, Isaak completely overshadows Jordan Chase and Travis Mitchell in the villain department. It's so fun having a competent villain again who actually feels intelligent and intimidating. He's not on the same level as Brian or Trinity, but he's definitely better than every other villain so far. I'm definitely glad to see the writers doing a good job this year.

Also, as expected, Yvonne Strahovski was great as Hannah McKay. I'll be SHOCKED if she doesn't end up in Dexter's bed.

Dude, this season rocks so much: so much happened in just three episodes it makes up for the lack of epicness the past seasons had.

Just give them a few episodes. Isaak has the possibility to become the best villain (but hes still has to top some of Trinities achievements)
Pages: first 12 next last
Forums :: General Discussion
Back to Top