But here is the list of current benefits
The satisfaction of helping keep rpgmaker.net alive for all users
An achievement for helping to save rpgmaker.net (1000 makerscore!)
Expanded locker space
Ability to edit custom user titles
Google ads will be removed from view
Permanent discount at the RMN Store for Affiliate program items
A date with kentona*
Other (open to suggestions)
kentona

author=halibabica
Should I start my recurring payments again? The website stopped them for no apparent reason.

author=halibabica
Should I start my recurring payments again? The website stopped them for no apparent reason.


ED: On a more serious note, I think the distinction should be made that this *isn't* some kind of kickstarter drive. This is a donation pool to keep this site alive. There's no value-adding tiered scheme based on the donation amount because this place isn't out to generate a profit. If the value of experiences you've derived from RM.Net is worth something to you, then donate and donate freely without expectation of a reward for doing a 'good deed'.
McBick
1339

Okay now suppose the worst does come to pass and the site will no longer be able to maintain. What will happen to all the RMN games? This is one of the few RMN-mainstream sites left on the net...almost all the others are slowly dying off or inactive.

Not a pleasant thought..but I hate to see everyone's games be lost in time. I wish I could donate myself, but I don't have the means to do so. (I'm broke as hell and back, no life, no job, etc, but I'm working on it! LOL).
Addit

author=Kaliesto
Okay now suppose the worst does come to pass and the site will no longer be able to maintain. What will happen to all the RMN games?

Yard sale. I'd probably pick up Hero's Realm, Ara Fell and Alter A.I.L.A. for only a quarter -- AND GET MY PICTURE TAKEN WITH MAYOR MCCHEESE!

(I wouldn't worry about RMN's untimely destruction, bud...not until Kentona retries and somebody, like mawk, becomes in charge, so we don't have to worry.)
kentona

Close
06/04/2013 03:11 PM
Well, even if ALL donations and recurring donations stopped today, we'd have enough right now to last 6 months - and this is not counting ad revenue (which I am slowly building up) and RMN Store revenue (which I hope to improve!). And, if worst came to worst, I would fund RMN out of pocket and do another donation drive.

Close
07/04/2013 05:08 PM
Indefinitely. Enough people have signed up for monthly contributions right now to cover the costs of the server. I've only had a couple of cancellations.

(in fact, after the last time we did a drive, we also had or nearly had enough monthly donations to cover the bills, but over time people cancel them or they fail because there are insufficient funds on their end, but it happened so slowly that I didn't notice. So, if that plays out the same way again, we probably will have another 2 years of security + 6 months of standing funds. I have also noticed a steady increase in ad revenue, and now have about $400 in our rainy day fund (which is about another 3 months). So basically, I expect that we're good for at least 3 years, probably longer! Thanks everyone for your support!)
kentona

Close
07/04/2013 05:13 PM
on a completely unrelated note, I am going to Vegas for the weekend. If the RMN server account looks mysteriously drained, pay no heed.
Adon237

author=kentona
on a completely unrelated note, I am going to Vegas for the weekend. If the RMN server account looks mysteriously drained, pay no heed.

There goes our future...and the guy who's running it with it.
nesfreak64 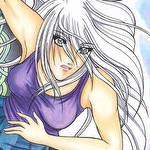 I've been donating $10 a month for...2 or 3 years now I think, Paypal says 2011 is when I started. Is the address the same still or should I resubscribe? Either way, I'd like to keep donating, this place is still one of my favorites, and the only one really still actively hosting indie game projects.
Pages: first prev 23456789101112 next last
Forums :: What's Happening in Game Make & RMN
Back to Top