Close
11/28/2013 11:10 AM
@PepsiOtaku: I am under the impression that it is indeed possible to replace the default ATB system if you set RPG::battleSpeed = 0; and then manually increase the battlers' atbValue every frame...
PepsiOtaku

Close
12/03/2013 03:37 PM
@Cherry: Hmmm, I may revisit that at some point then, but my ATB overhaul plugin gets the job done pretty well for now. It would basically be splitting hairs.

I actually have a ton of questions for you about the timing of battle commands, because this is one of the areas that's driving me crazy. One thing I would love to see documented is the exact flow of battle (for both monsters and heros), and when it's appropriate to use certain dynrpg commands. Right now, the documentation is incredibly vague and it's really hard to make sense of a lot of it without seeing/understanding the actual compiled instructions.

For instance: 1.08 has that annoying issue with reflected skills where you see the battle animation of a spell a 3rd time when you shouldn't. It shows once on the caster, once on the target w/damage, and once more on the caster before the end of the turn. I tried writing a workaround plugin that shows the battle animation on the target, then changes target back to the caster before showing damage. There's inconsistencies between how this is done from the hero's perspective (where the target has a reflect condition), vs. the monster's perspective. I was able to get the hero->monster scenario more or less working, but the other way around didn't work at all (while it was basically the same logic).

Timing was really strange because in certain scenarios, the battle animation would show up before the damage was dealt, and sometimes after, and the damage itself had to only affect the caster, so that was another major problem. I was pulling hairs out trying to understand what the heck was going on. Any sort of counter-attack spell would have the same problem.

I can send you the code for that if you want (maybe a video showing some of the bugs too), but I'd love to see that reflect bug animation fixed properly (I know it was fixed in 1.09), and maybe some thorough documentation/examples about battle timing. Another feature that would make things easier would be to show a battle animation via DynRPG. That way I can just show the battle animation on the current target, then switch targets back to the caster to run the rest of the action. It would technically be one action.
Cherry

Close
12/06/2013 03:53 PM
To be honest, I am confused about battle timing myself. I only know part of it, and the things you described I count to the mysteries I don't know about either...
PepsiOtaku

Close
12/06/2013 04:31 PM
Damn, haha. Are there any other potential callback points that can be added? I'd love to see some kind of "onDamageDisplayed" callback that could prevent damage from being delt at a specific time (or delay it/switch targets).
Cherry

This does a number of cool things. It enables RPG_RT.ini settings like starting in a window or fullscreen, and serves as a wrapper for Cherry's "AnotherFullscreenMode" tool allowing it to be started automatically, with default settings that can be changed in-game.

With it, you can create a "Display Settings" menu in-game with several options like: 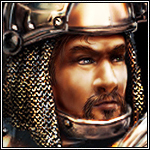 Close
01/31/2014 05:40 PM
Hey Pepsi in first place thanks for your wonderful work... And now i'm having a trouble with your new plugin, I dont know what is happening, I'll post a picture of my message error...

author=PepsiOtaku
KermexRPG: DynRPG was updated recently, so you'll need version 0.20 for that plugin. See Cherry's post about it here (with download link): http://rpgmaker.net/forums/topics/10254/?post=512941#post512941

Thanks man, everything is working like a charm.
PepsiOtaku

I gotta do a plugin dump soon and update the op (but writing readmes is the biggest pain in the ass). I made a breakthrough this weekend:

Figured out how to cleanly draw a window using the system graphic. I wrote a version that draws directly onto the screen during battles, and you're able to make half windows and 3/4 size windows (fitting to text). Another version injects 2 pictures with the frame and background component of the window so you can use move/erase picture easily with them. This is huge, because I'm one step closer to being able to code my custom menus in DynRPG (which I would eventually share). You can basically say "I want the width to be this long, and the height to be this high" and the window will size accordingly.
Shoobinator

Close
02/12/2014 01:48 AM
I don't mean to add to the pile of requests for plug-ins, but perhaps you could at least evaluate how hard it would be to rectify the following issue with the RM2k3 DBS using some sort of DynRPG plug-in:

Picking between the 'Traditional' and 'Alternative' battle layouts (ignoring the extra freedom of the 'Alternative' mode where you can select who in your party attacks first) is basically deciding whether you want the names of your enemies shown at all times OR exclusively whether you want the MP of all party members shown on screen at all times without having to select a skill subset on a particular character.

Ideally, I would like both, since I would like to name enemies with some relation towards either their basic attack pattern or weakness, so the player could make some logical guesses and would not have to resort to trial and error or obtaining the basics in addition to the finer details of the enemy like exact stats and HP/MP that would be provided after using some kind of Scan skill. I was also thinking of having players manage MP more strategically in battle to avoid something like the equivalent of a Lv.5 Death skill but with MP (MP at multiple of 5 and your dead) or maybe if your MP is above half, then you're poisoned. Or even if I don't include skills like these, I would find it more helpful to include both current and maximum HP AND MP on the battle screen rather than either on the skill selection subscreen.

Thoughts? Thanks in advance.

Edit: I hadn't read this entire forum topic, but I just read your last post, PepsiOtaku, and it actually related to this. =/ But perhaps there is a simpler fix to this specific dilemma?
PepsiOtaku

Actually, you asked this at a great time, because there's some overlapping functionality I learned about in that system window plugin that can be applied here. It should be fairly easy to show the monster names over a window somewhere. The question would be: Where. What I've always done was made a window pop-up at the beginning of battle that says "____ appears!" for each monster. I wrote a plugin over the weekend that streamlined this, so I no longer have to write out the monster names in an event command. I could use similar to code to display monster info at certain times.

Is there a specific place you want to see the monster info? Maybe you could send me a mock-up or something.
Shoobinator

Close
02/12/2014 04:55 PM
I was thinking the names would be displayed and selectable like the 'Traditional' default layout. However, the one box at the start of battle sounded like it might be much easier to implement and would fix the general issue to *some* extent. The player would have to be paying attention though, or the names would have to be obviously attributed to the enemy sprites. For this implementation, it would be best to require user input to proceed past this "Monster(s) appears!" window, so you don't completely miss it.

That would still leave Max MP not being shown anywhere and for that I was thinking in the subskill window.

However, if a plug-in works and all you need are coordinates to place a window, I might put some more thought into this to make it look a little more unique.

Another thing related to the battle windows was that while having the party info written below like default, when a message window appears it is shown up top so very little on the battlefield can be seen for a moment. I thought it would be better to show any message dialog boxes over top of the party status window while a battle-related message like "The enemy is loafing around!" would be shown up top in a much smaller window that would be more fitting for one line of text.

...Actually, the message dialog box/window for in-battle conversation/banter is probably fine, but I would like to see a fix for small battle-related messages without having the whole 4-line window show up for what is probably not a 4-line message.
Cherry

Close
02/14/2014 09:40 AM
@PepsiOtaku: Cool! I was planning to add the window classes to DynRPG too (allowing you to use the system windows just the same way the RPG Maker does - and manipulate the existing ones), but until then, your solution sounds like a great way to show windows.

Because I have no idea when I will finally be adding more stuff again...
Milennin

Close
02/22/2014 03:17 PM
I've just downloaded the ATB Overhaul plugin. It's working great so far, but there's 1 thing I don't understand. I've been looking at the instructions in the .txt file, but the Common Event part doesn't make sense to me. What I've been getting is that it sets the speeds for both Heroes and Monsters to whatever number you multiply with, but what do I do to make it detect the condition exceptions?

Mind showing a screenshot of what your Common Event looks like with that plugin active?

edit: It looks like you've been busy with plugins, I'll be trying out some of the other ones once I fully get the ATB one to work.
PepsiOtaku I marked the important areas. Basically "Turns Elapsed 1x+1" gets called every turn. You must set @init_hero_speed and @init_monster_speed before setting your conditions (I think I mentioned that part in the readme), so that's why you see those first in BATTLE-CondSpeeds. For Blind, I set the CondSpeeds to the RM2k3 default (0) so that the bar will go slower, and then for Berserk, I set the vars to the master speed vars (4001/4015) and then multiplied them by 3 so they go faster.

Edit: OH, and as the comment says, you need to have lower priority conditions first (3/blind, then 5/berserk, then 6, 7, 8, etc)
Milennin

Close
02/22/2014 04:04 PM
Hm, so in the case of me working with a turn-based system (not ATB), I should skip this part altogether? Since it requires to have all the bars to either move at the same speed as the other characters, or to be completely still (when waiting for next turn, or if immobilised).
PepsiOtaku

By the way, someone in the german community sent me a proper turn-based patch to test. I can link it to you when it's been tested/in working order.
Milennin

Close
02/22/2014 05:44 PM
Sure, I'd be interesting in having a look at it once it's ready for release. Though, your plugin works really well if you set it up correctly. The only thing that will screw it over is when all your party members get downed/immobilised at the same time and puts you in a Game Over state (which is okay, since I use a checkpoint system for Game Overs instead of reloading the last save file).

Next I need to have a look at your Store Item & Skill ID in Battle plugin. That's one of the things that could make a huge difference/improvement in setting up unique skills and monster behaviour.
Pages: first prev 56789101112131415 next last
Forums :: Programming & Plugins
Back to Top