What, pray-tell, is this 'Secret Santa' thing?
It's a simple thing, really. You throw your name in the proverbial hat and get one in return. You are that person's Secret Santa and, as the name suggests, you must keep the name secret from anyone! Then, before the due date below, you get them a present. On Christmas Eve, you will receive a gift from your own Secret Santa and happy fun times are had by all~

So, how do you get in on this action, you ask?
Easy! Just give a holler in a comment below before the cut-off date. Simple, eh?

Rules are as follows:
- First rule of Secret Santa club. Don't talk about Secret Santa club.
- Second rule of Secret Santa club. See rule #1.
- Sign up below by leaving a comment that lets me know you're joining in.
- The cut-off date for joining is the 12th of December.
- You will have until the 23rd of December to send me via PM the gift for your Secret Santa.
- Do not tell anyone who you got until at least the 26th of December.
- Your gift may be one of the following - a review, an LP or LT
- If you have another idea for a gift, PM me and I'll let you know if it's fine.
- If you suddenly need to drop out, PM me ASAP and I'll do some rearrangements. It would be preferable that you don't drop out, though.
- You must have a game profile on the site. Collaborations and helpers count - as long as you can call a game yours in some small way, it will count.

And thanks for organizing this ... I suspected you might! :D
Liberty

Collaborators are okay. As long as you're linked to a game (as in, you helped out and can call it yours in some small way) it counts. ^.^

It's too bad my office isn't organizing a real-life one. :(
jomarcenter 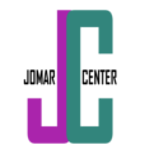 to judges: if you play my game you will think about it twice playing it again!!!
1412

Guardian of the Description Thread
18902

Guardian of the Description Thread
18902

author=PepsiOtaku
Count me in. I'll even do a bonus review of Apon the Brow of Tomorrow if it ever gets finished. ;)

That's when it gets finished, bud!

So yeah, Imma join! Hopefully things will go uneventfully as planned this Christmas so I can have time!
edchuy

author=papasan96
I'm game. But please don't give me a massive 50 hour epic as I won't have the time to play to completion!

I guess I’ll have to wait until next year.
willcody
0

Close
12/05/2013 10:38 PM
@willcody: Are there any games you helped someone with? They also count. If not... sorry buddy. The idea is reviews and LP/Ts and if you've nothing for someone to either review or LP/T then it'll be kinda hard to do a gift.

@Pepsi: When I've got more time I'll finally land that whale, don't worry. It's only a matter of when!
Pages: first 12345 next last
Forums :: General Discussion
Back to Top