Would you participate in the M.O.G. game creation multipart event? - Results

...did I miss any typical RPG Maker graphic sections?

For a soundtrack, what would the expected "core" tracks be? For a fantasy setting, perhaps:

Close
03/13/2014 03:27 PM
I think Windowskin should definitely be included. I really wish people would go out and at least find other windowskins rather than using the default all the time, (especially in Ace; I see this all the time).

I'm iffy on TitleScreen. On the one hand, each person is generally going to want something unique and/or specific for their game's title, but on the other you could make a lot of abstract or universal ones that might appeal to people.
Liberty

Close
03/13/2014 03:46 PM
Eh, I like the default window skin. It does the job and doesn't clash unlike some peoples' window skins who... do. At least it's not too busy or too bland. Then again, I know some people complain about the default fonts too, and like the window skin, they do the job. (And people go and get all those scripty fancy fonts and ugh).

But yeah, okay, System might be a good addition to the graphical side of things.

Close
03/13/2014 03:55 PM
Good point. I hadn't considered measuring up the default to an eye-bleedingly bad ones. But if more well-done ones are made, then people have more to choose from, and we get more variety in games.

For example, you made a bunch of them yourself for VX Ace that are in the resource section. I'd personally rather use one of those (and I probably will soon :D ) than rely on the default one. I'm not going to fault anyone for using the default, as it's just a personal preference to see more variation.
Avee

Close
03/14/2014 07:41 PM
Just thinking about something:
Since we occasionally get offers from artists who make their first thread on the forums and ask to join a team, it could be nice to direct them to a potential resource creation event.
We'd get these people involved, which would be nice because it seems very few of them actually find a partner developer.
Travio

Close
03/15/2014 03:26 PM
On the soundtrack front, would things like remixes (or using another song as the base but reowkring it) be considered acceptable? I'm just curious - my own skills writing music have been rather wonky, but remixes are usually within my capacity to do.
NewBlack

Close
04/04/2014 09:26 PM
I think I am going to pare this down the areas I REALLY want to address, and then wrap it up with an event that limits people to making games from the resources created.

2. A optional "MOG Sound Effects" event will run shortly thereafter for a shorter period. Less emphasis will be given to this.

3. A "MOG Game Creation" event will run next after the previous events have concluded. Participants are limited to using resources created during the previous MOG event. Bonus points for using MOG sound effects (RTP sound effects will be allowed). Gaps in resources can be filled with standard RTP, or resources of your own creation. Other publicly available resources will NOT be allowed, neither will purchased commercial resource packs. Super Bonus points for using YOUR OWN resources to make a game. Multiple game submissions will be allowed. Scripting is allowed, as are publicly available scripts (because scripting is no longer a focus for the event). During this event I will run a short workshop/write an article about pitching your game and managing your project.

I am going to try to get experts in music composition and spriting and drawing to write tutorials. I am going to link what beginner resources I know about. I hope to coerce the CSS gameprofile superstars to share their secrets, for the game's pitch and presentation segment.

I dropped game design because as a community we seem to cover that pretty well in everyday activity, plus we have a lot of existing resources on that. Same with story writing/worldbuilding. Sound effects were never a big thing with this event, but I still would like us to try it, so I left it as a side-event. Scripting/RGSS/programming is a massive undertaking on its own, and the scope of that is too big for what I had in mind. We'll have to try tackling that later, perhaps in a different setting (a collaborative workshop perhaps?)

Thoughts? I wanted to get this started in the next 2 weeks.
Sooz

Close
04/05/2014 01:25 AM
I'm definitely on board for this version of the event. I have no faith whatsoever in my ability to make any songs/graphics which aren't utterly atrocious and my schedule's going to be somewhat busy in the near future, but it's still a fun and meaningful way to get some practice in.
TheRealDMac 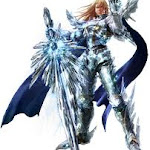 Close
04/05/2014 01:49 AM
I would fail miserably on the graphics and sound portions, so I'm out, although given decent resources and extremely extensive time I could come up with good... er... decent... passable... story/gameplay/music.
Avee

Close
04/05/2014 01:49 AM
As long as one puts at least an hour a day into composing or drawing, I believe that 10 weeks should be enough to complete a soundtrack/pack.

I suppose a soundtrack should feature at least 10 songs (see aforementioned tracks at the top of this page).
And a graphic pack should also be substantial enough. Having only two characters or three enemies would be pretty cheap.
JosephSeraph

Close
04/05/2014 03:15 AM
Perhaps you can actually combine the sound effects and music together as one event, since I think sound effects are not exactly feasible as an event alone. And after all, music and sound effects are...sounds literally, just that it takes more effort to create music than sound effects.

I won't be participating but since I have learned aspects of game design back in school, I will chip in with ideas/suggestions from time to time.
Sailerius

Close
04/05/2014 05:07 AM
Sadly, everything that was dropped was what I was interested in, but I might still participate in some capacity. I don't know a single thing about music so it would probably be in graphics.

EDIT: That said, I like the new structure of the event.
jomarcentermjm

I won't be participating but since I have learned aspects of game design back in school, I will chip in with ideas/suggestions from time to time.

True Music and Sound effect are just a same. But Music is much more complicated to create even for people who don't have experience with instrument than a 0.10-3 Second Sound effect.

I will Still join some part of the event.
BurningTyger