EDIT: I sincerely apologize for the triple post. I have no idea how that happened beyond that this post took forever to post itself.
Little Wing Guy

Close
05/19/2014 11:16 AM
I have all the 2K3 side battlers and I can upload them in a ZIP file for you. They were never on the offical website though, but they're pretty nice to have!
kory_toombs

Would that material aloud to be posted a resource on RMN? I know I got some of those tile sets from the rpg maker vx ace forum a long time ago before they were removed (Actually didn't know where they came from until later.)

This is some of the best free material out there. I don't think a lot of new users are going to find this thread if looking for materials. This is why I think RMN should look into trying to have it on their website.
PepsiOtaku

Okay I just checked twitter and it is domain expiry. 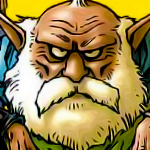 Close
05/19/2014 10:46 PM
With the information we currently have on hand, none of us can say for certain whether FSM's downtime is temporary or not. Archeia found out via Twitter that domain expiration was what did FSM in, but beyond that we currently have no further information.

The best we can do right now is to recover and collect FSM/REFMAP resources as a contingency plan for a worst-case scenario and then hope for the best. The best-case scenario is that FSM comes back safe and sound, but we've seen many great RM websites vanish over the years. :(
PepsiOtaku

Edit: Found some other "Extras" so I updated the archive.

Edit 2: Found a ton of Charset edits, but I don't think any of them are from the original set. Added them to the archive anyway!
KingArthur

Close
05/22/2014 11:15 PM
Small update on FSM's current state from RPGMakerWeb, courtesy of Archeia and Twitter with translation by yours truly:


The keyword there is レンタルサーバー, "rented server", aka a hosting plan.

So I guess my initial guess that FSM had its hosting plan expire was correct. Doesn't make the situation any less of a crisis though. :\

Close
05/24/2014 06:22 AM
Added to the OP a Mediafire mirror for vx_sample.exe provided by GrandmaDeb over on RPGMakerWeb.
KingArthur

Cross-referencing that archive with PepsiOtaku's and Little Wing Guy's archives, I think we can safely say we have all of Mackie's facesets as all three archives contain the same 16 facesets.

Still on the look out for Ume's 2 facesets, if anyone happens to have them please provide them so that they can be safely collected here.

Close
05/26/2014 06:31 PM
Sorry, my bad. Since the resource links I posted were not FSM and unrelated to this thread I have removed them.
KingArthur

Close
05/27/2014 12:17 AM
Those are Kaduki's resources, came to prominence and popularity back in RMVX thanks to its outstanding quality and also because Kaduki's resources were compatible with the Tankentai side-view battle system.

As far as I know though, Kaduki isn't related with First Seed Material.
VoxPopuli

I appreciate your pointing this out. :)
KingArthur

I wonder if this is a sign that FSM's admins finally managed to get around to sorting out their hosting plan. We'll have to keep on watching and waiting, but I hope this is a good sign.
BurningTyger

Close
06/19/2014 12:21 PM
YOU might be able to grab some of the additional resources by using the Wayback Machine to peruse archived versions of the site.
Pages: first 123 next last
Forums :: The Job Board
Back to Top