So... what're you feeling hype for? I haven't actually watched the conferences and stuff - I just googled/YouTube'd whatever trailers I could find. I'm looking forward to Zelda games (both of them), StarFox (finally!), Guilty Gear Xrd (not actually news, but whatevs), and Pac-Man for Smash Bros (love the Galaga/Xevious/etc references). Captain Toad might be fun, too -- definitely will need to work a WiiU into the budget soon!

CupHead also kinda took me by surprise. It doesn't look like it'll actually be a good game, but hey, at least somebody is doing some real, traditional animation.

If there was any non-Nintendo stuff that got my attention, I've forgotten it for right now.
Davenport
5672

Everything else looks pretty cool, the new Zeldas in particular.
0range00 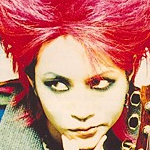 Close
06/13/2014 11:01 AM
i was surprised at how interesting stuff nintendo got in store. Definitely made me consider WiiU, even though chances are i'll never get one as PS4 is still on my to-buy list and I got very limited budget these days...

bloodborne has me super excited, it's the game i was looking forward the most. Looks like a mix between Dark Souls and Nightmare Creatutes, which sound wonderful.

Mortal Kombat X and The Evil Within caught my attention as well.
kentona

Close
06/13/2014 04:46 PM
yeah fucking Nintendo, everyone was comfortable with them shitting the bed and going off quietly in the night, then they decided to make ALL OF THE COOL AND INTERESTING GAMES. fuck those guys!
Davenport
5672

Close
06/13/2014 05:11 PM
I ordered the Wii-U console with Super Mario/Luigi Bros U and Zelda Wind-waker
a few months ago when it was alot cheaper. Now the prices are ridiculously high.
The Wii-U ranked towards the bottom of the list in terms of sales but now is apparantly making a comeback.
Mario 3D-World was okay.

Zelda U
Pokemon OR & AS
Smash 2014
Possibly Captain Toad... Who am I kidding, I know I'm going to buy it after how much I loved 3D World.

Also Assassin's Creed Unity. I haven't looked into it much, but the premise interests me after all that American Revolution crap. I'm just worried, because I hear the PC ports of AC are shitty.
turkeyDawg

Close
06/13/2014 06:26 PM
Shitty in terms of performance or Ubisoft's questionable DRM policies? I haven't played any AC games, but I have a bit of interest in them.

author=Davenport
Honestly, I can't wait until Zelda Wii U comes out.
Probably not before 2015.

Well, yeah, the trailer said 2015. Given its scope, it'll probably be the holiday that year, and then maybe delayed until spring 2016 if previous Zelda games are any indication.
Shinan

Other than that Cuphead looked pretty cool. The Valiant Hearts trailer was full of emotion and then there were loads of games that will not live up to their promises.


(Short thoughts: AssCreed with co-op! Rainbow Six: Siege is probably more shit than it looked, as is most likely The Division. Mirror's Edge looked exactly like the first one, which is not necessarily a bad thing. Hardline's vertical level design looked cool. Grim Fandango re-release, just make sure it ends up on PC as well! The Witcher 3 continues to look amazing, as does Arkham Knight. All of Bioware's stuff looks like shit though, which is unfortunate. Hopefully that secret new IP they are doing will be worth something)

author=Shinan
All of Bioware's stuff looks like shit though, which is unfortunate.

Really? Even Dragon Age: Inquisition?
Because from what I looked so far, it looks promising.

The game may even have 40 freakin' endings!
Roden

author=Ilan14
The game may even have 40 freakin' endings!

Close
06/14/2014 01:33 AM
It seems Nintendo was better prepared than most companies to actually put on a great presentation of interesting new games.

... The spokesperson DOES know that she didn't mention anything about this that differs from the Sims 3, right? Maybe it's misrepresented.
Blobofgoo

Close
06/14/2014 03:33 PM
I forgot to mention Yoshi's Wooly World too. Or whatever it was called. The Mario Maker has me a little interested but I need to read about it before I decide if I'd even use it.
polarcactus

Close
06/14/2014 04:29 PM
*sigh* My interest for the Sims series in general has been dwindling slowly over the years ( I've been playing it since 2000 ) and while TS4 does introduce the new 'Emotion' system and an easier Build/Buy Mode option, the fact of the matter is, for me at least, that it's nowhere near as exciting when Sims2 came out way back in 2004. ><
Kuronekox