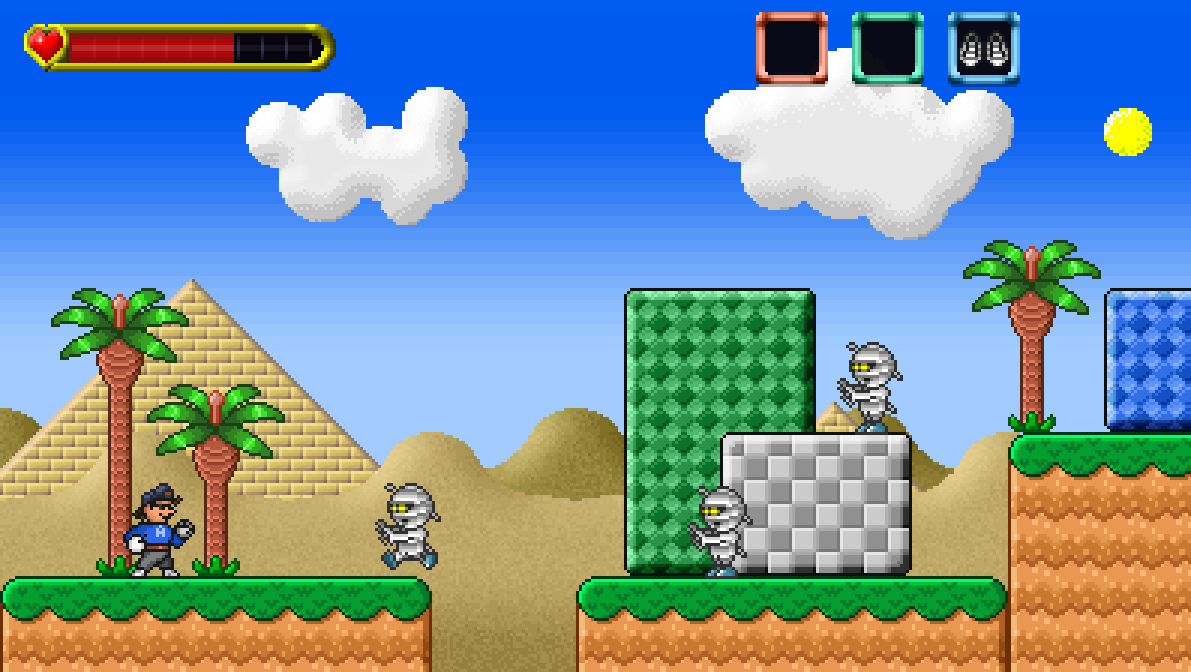 I got sick of those trees.
I went with a different design.
Also.. Mummies!! Woot!
InfectionFiles 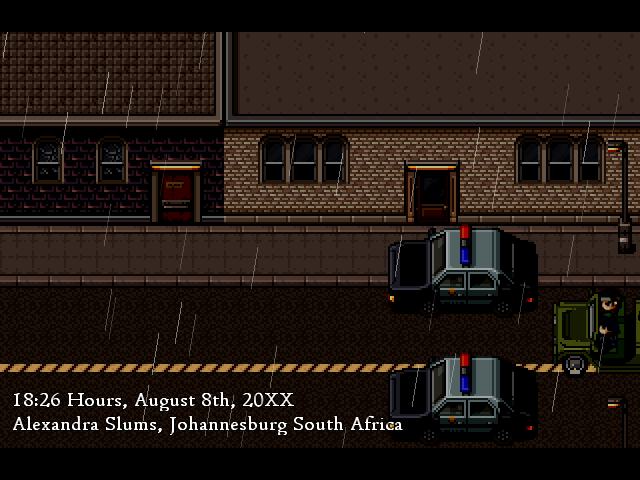 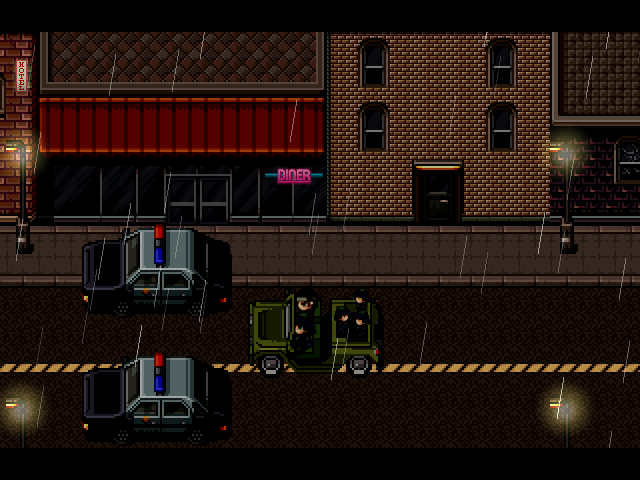 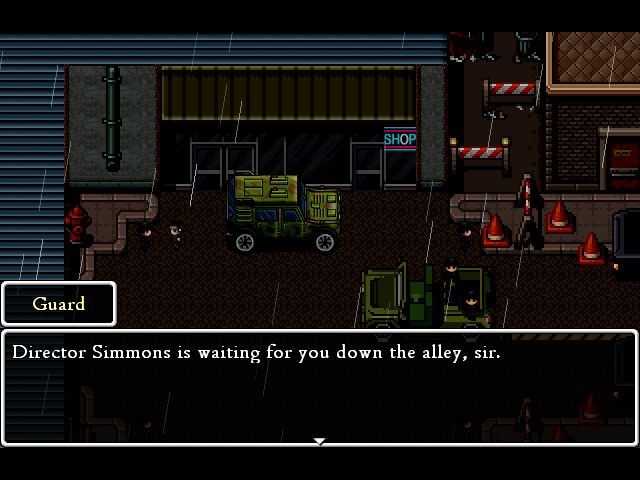 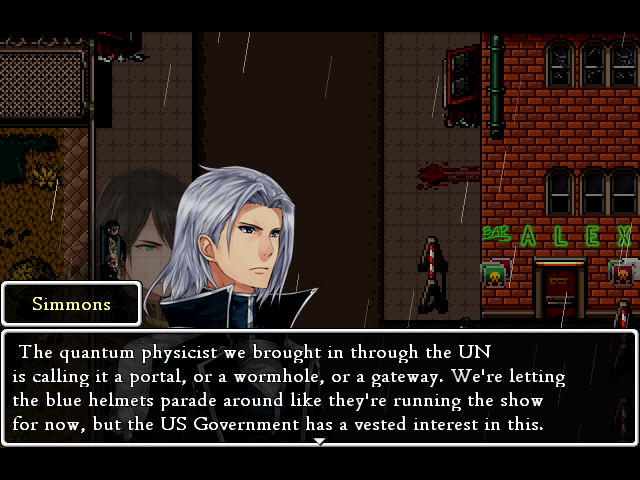 I'm aware that there's a bit of an issue with the size of the characters relative to the size of the map objects (the former are a bit small). It's a flaw I'm prepared to live with for now.
Frogge

Close
06/16/2018 05:45 PM
seriously tho your character sprites, the neon writing in the third image, the rain, the jeep in the second image, the diner and hote signs, some of the walls, the font, the windowskin and the character busts are all 1x1 while the rest of the tiles are 2x2. It's not really a small issue at all, it is very, VERY jarring. I'd really recommend you fix that stuff up mate~
Healy 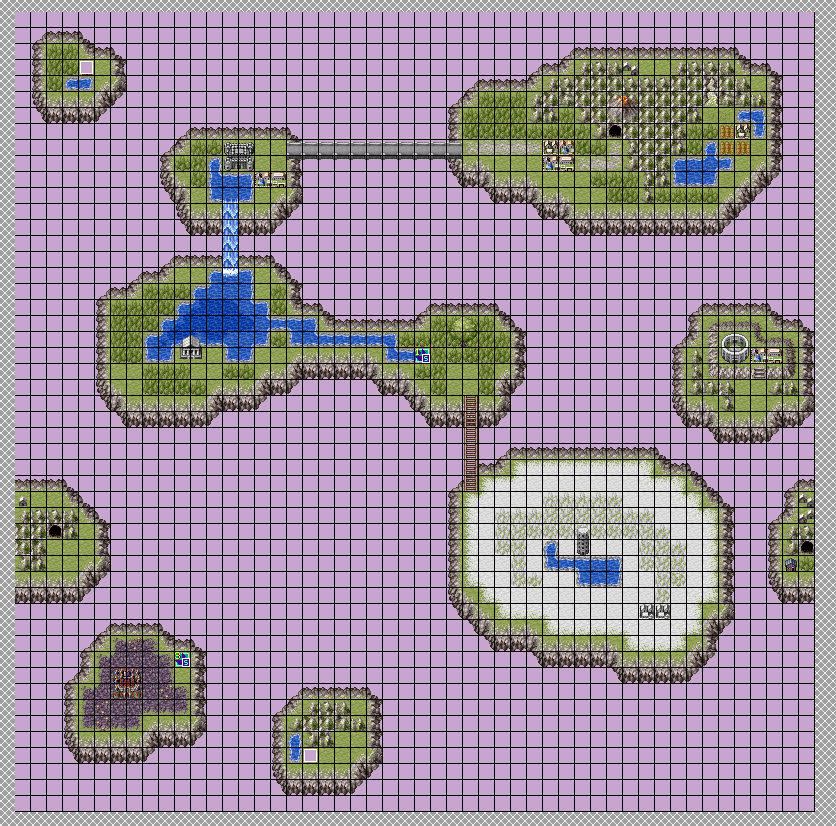 Close
06/16/2018 11:38 PM
Pretty sure that island is below the other island and the waterfall is falling onto the island below's lake. Makes sense to me. Though I'd have another waterfall in the island below that heads downwards to the surface because that lake would otherwise actually flood. And to be fair, that little lake on the island above would also drain very very quickly since it's so small, so maybe if there was a waterfall that fell on that too, it would make more sense.
MarkusT

author=InfectionFiles
Lookin good! Is it all custom?


Yes, every single bit of it is custom made by me.
For the trees, I took inspiration from a tree style i seen in a game i played on the SNES.
The sand in the background was done through some trickery in photoshop as making sand that detailed would take forever.
Momeka

Thanks. Currently there are Options and Credits. Thinking of adding more, like some bonus short-short stories set in the world that you can read.
StormCrow

@Frogge: I see your point, mate (well, about the characters: honestly, I believe you about the neon signs and stuff but my pixel-blind eye is not acute enough to actually see it or be bothered by it) but it would be tremendously impractical to either completely overhaul the maps or completely overhaul the characters. Since those maps are (atm) just used for a short introductory sequence at the beginning of the game, fingers crossed it is not the kiss of death and does not bother most people as much as it bothers you. I do wish I'd noticed it sooner.

@Healy: those floating islands are dope. What goes behind them (if you know)? I'm assuming there's a cool panorama and not just solid lilac.
orange- The Kingdom of Rondon in the upper screen and The Gauntlet, the dark hellhole. The last screenshot is from the underground village with all new Harvest Moon features.

The town of Rondon is heavily inspired by the look of Final Fantasy 6. In some parts it almost looks like a higher resolution Narshe or some other towns in the game.
arianapham
0


Made a logo/title screen thing 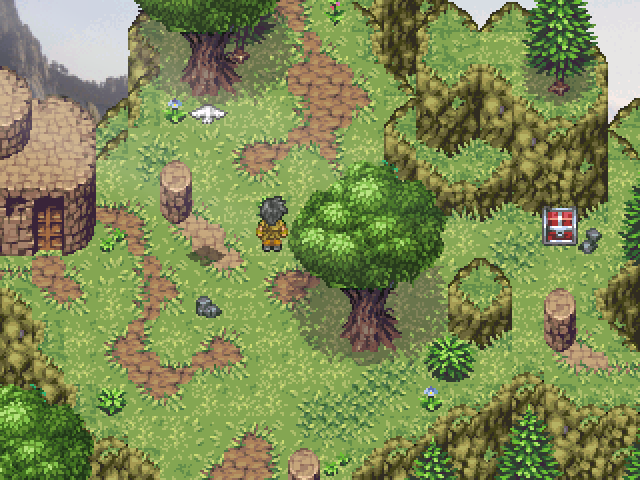 Close
07/01/2018 02:42 AM
@Momeka:
One day we'll get two consecutive screenshots from you that are from the same project
edit: looking good of course!

@orange:
I can definitely see the FF6 inspiration, it looks great! That thing in the second screenshot gives me the creeps in a major way. I know you want to make the game seem dark and sinister at all times, but might it not make sense to have a little more light in the city? I can see that the lightpole is giving off it's own aura, but I just mean, like, a 10% increase overall to show the player "ok, this isn't the same brightness as a place literally called the dark hellhole"

@Blind:
Looking wonderful! I'm surprised to see only one bird, though...

edit2: whoops I missed some!

@Healy:
Looking neat, but I think you should add a bit more chaos to the edges of the islands. Right now they're a bit... rectangular. Also, use the "selection" mode to take screenshots, that'll get rid of the grid you get in the "even" mode. Selection mode is the cut-out square left of the magnifying lens.

@StormCrow:
I'm sorry to say that frogge is 10000% correct about the pixel clash. You have a bunch of stuff that's incredibly sharp and then a bunch of stuff that's very pixelized (because some stuff is doubled in size and some stuff is at its native resolution). The guys driving the car are also, like, 50% bigger than the people riding in the back. It gives off a very inconsistent feel across the entire thing. If you can't see what we're talking about that isn't pixel blindness that's... regular blindness. The overall vibe of the area is cool and I love slums in games, but it's worth investing the time in choosing a resolution and sticking with it.

author=Kaempfer
@Momeka:
One day we'll get two consecutive screenshots from you that are from the same project 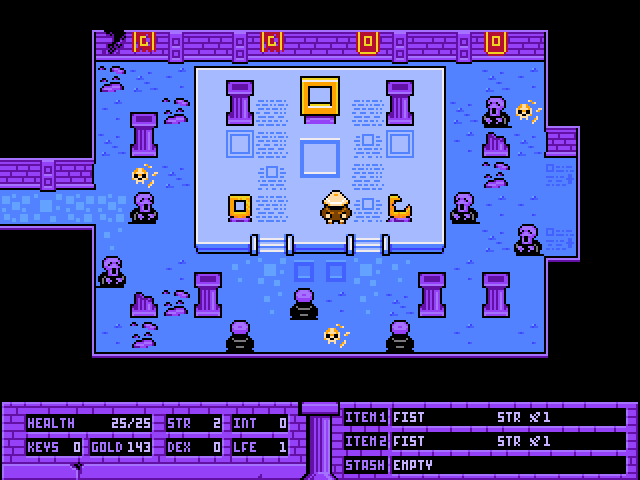