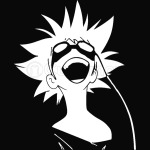 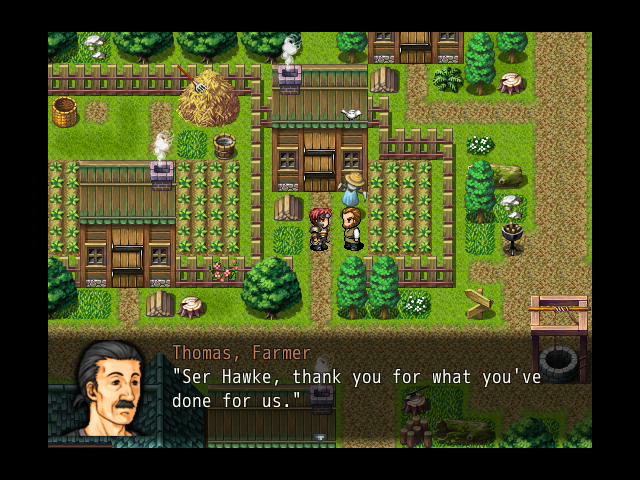 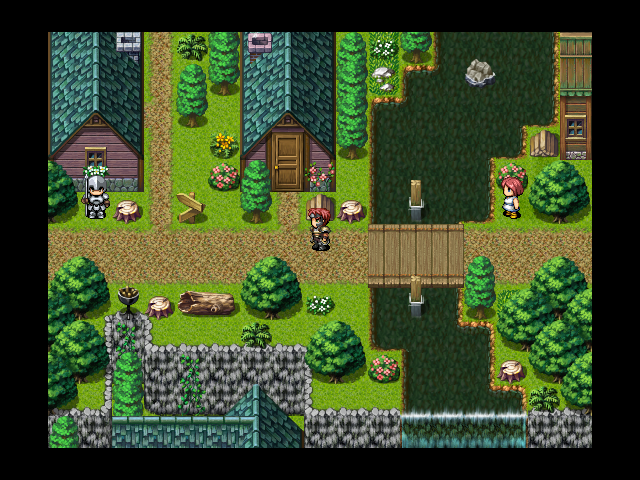 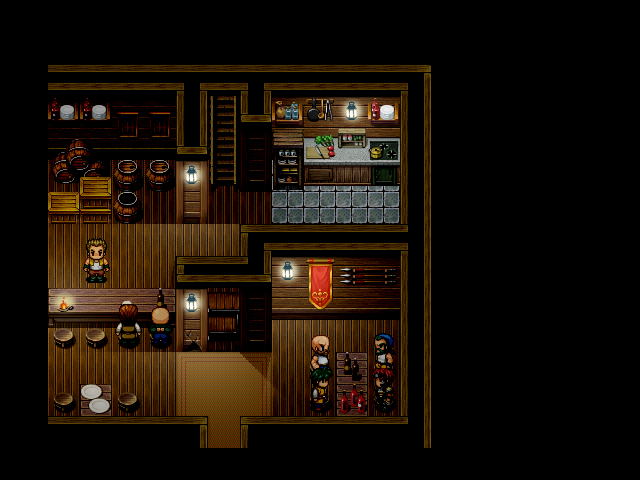 Close
11/15/2019 09:34 PM
i like 'em, scourge. are those the remastered xp chars mixed in? sick if so! only issue imo is that the river tile you're using is more like the "underwater wall tile"; try using the autotile to the right of it for water that's not a visible cliff.

if you wanna kick it up another notch, try making "tile e" sets for various areas that have off-grid items to mix things up a bit. 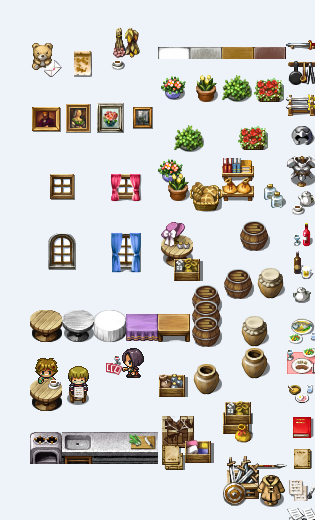 it's pretty simple and lets you make some knock-out areas! ...or at least, slightly more organic ones. 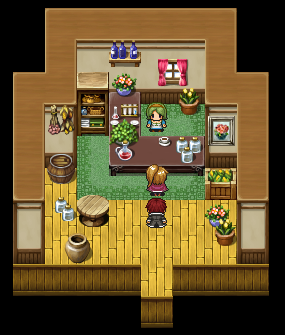 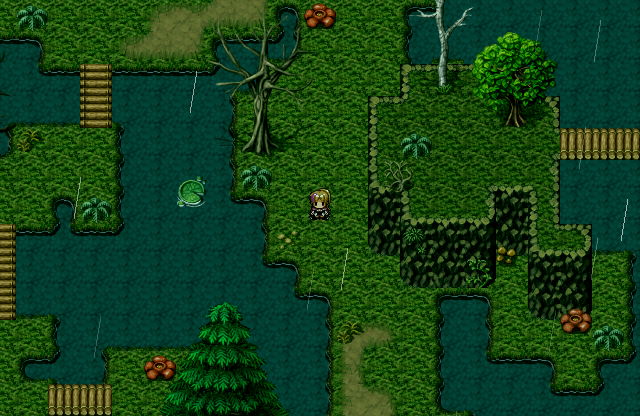 just being able to shove stuff up half a tile looks really nice imo.
Liberty

Close
11/17/2019 08:36 PM
I am using some redone XP characters, but I think the ones in the screenshots are all VX Mack and different variations and edits of that. Thanks for the compliment, Craze! I agree that I could use some additional clutter and adjusted tiles. Maybe I'll take the time to put a more complete tileset together if I decide to make something more of this project.
Momeka 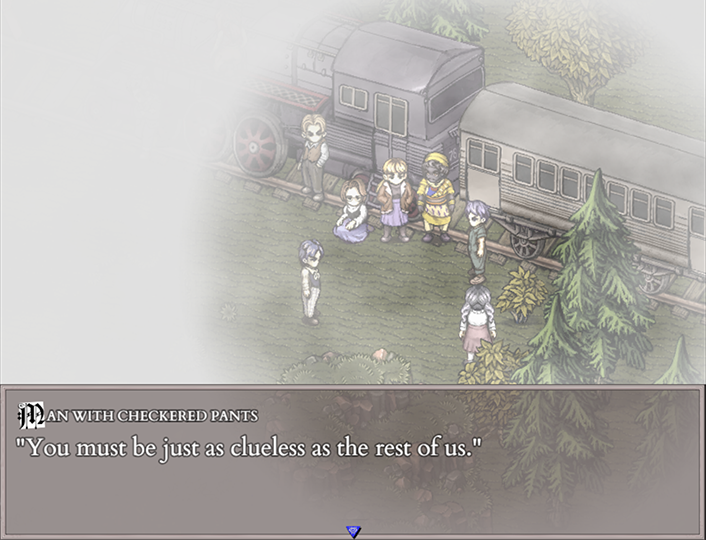 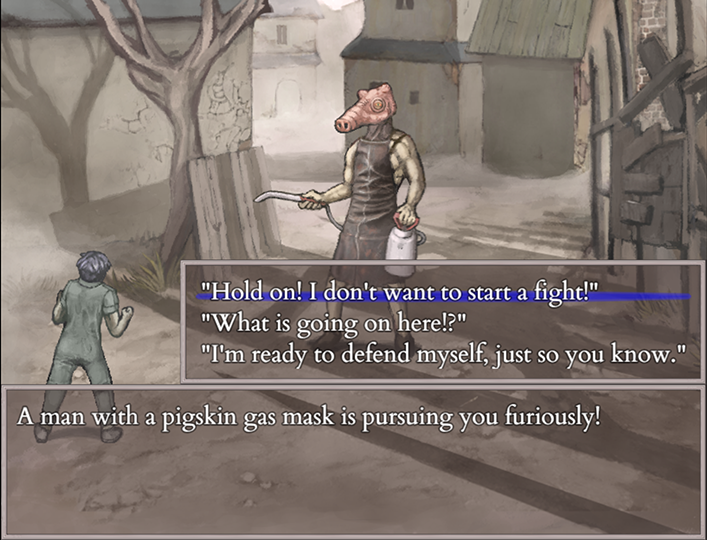 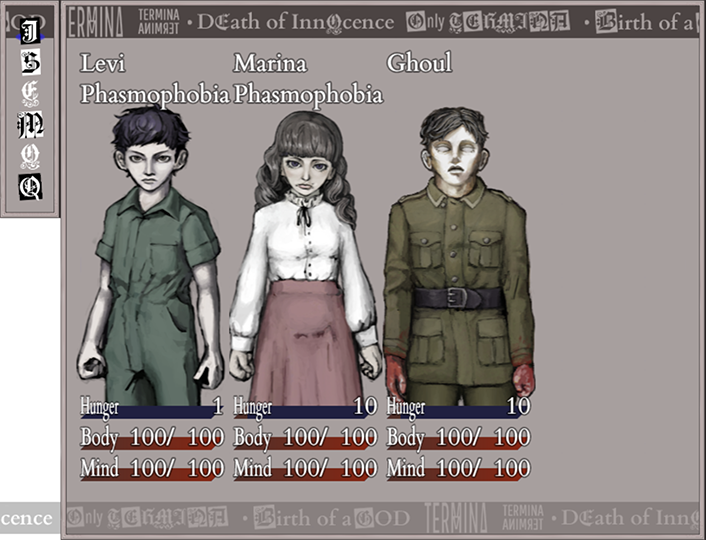 Close
11/28/2019 01:20 PM
ORANGE, your screenshots look great. The first screenshot is wonderful. But portraits of characters I like less. They look like zombies. Maybe that was what was intended!
And I want to show a screenshot from my game. 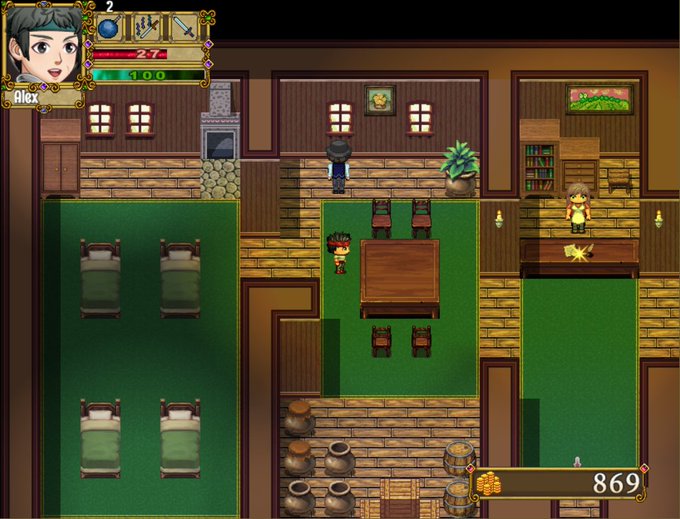 "Stu, it's 4 o'clock in the morning. Why on earth are you making scarf physics?"
Momeka 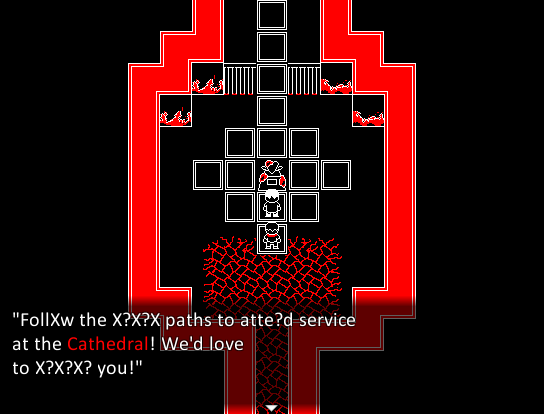 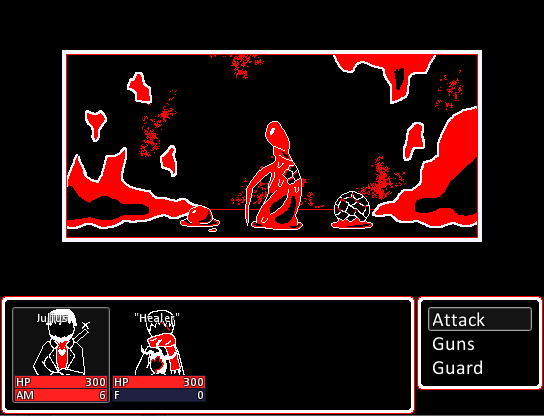 I haven't really shown off progress on here before, so here's some third stratum stuff from my game, Slimes.

Also ooh, I really like your art style, orange!
MarkusT

Working on a game called Devil's Dusk.
Clearly it's a Castlevania tribute.. but what ever lol
orange-

Working on a game called Devil's Dusk.
Clearly it's a Castlevania tribute.. but what ever lol


Looks cool! I've been checking the Pixel Game Maker out for many times already. I'll probably end up getting it eventually. Although I hear it still feel pretty early access.
MarkusT

author=orange-
Looks cool! I've been checking the Pixel Game Maker out for many times already. I'll probably end up getting it eventually. Although I hear it still feel pretty early access.

For some people yes.. but i've honestly not had much if any issues with the software since the recent update.
Some people chime in with bugs that are not bugs, just their own ineptitude.
Or they have sub-par systems that can't run it properly.
calunio

Close
12/23/2019 11:40 PM
@Momeka I don't know what that is by I want it.
@orange- Very nice style. Love the man in the pigskin mask.
@MarkusT That looks very professional. And made me curious about Pixel Game Maker.
MarkusT

Close
12/24/2019 04:16 AM
It's not difficult, but it can be intimidating... especially with the flow charts they use.
I've gotten used to it though.
Yeah i've come a long way with that project, and I'm still slowly fine tuning it.
I'm considering starting another project on the side.. something overhead.. either like a Zelda game.. or maybe more like some other action game.
It's on sell right now on steam for 50 dollars.. it's usually 87 dollars.. 50 is the lowest it's been on sell.. and there's no telling when the price will go down further or if it will at all.

I rather not derail this thread further, but if anyone is interested in it, right now might be a good time to jump at it.
I jumped at it rather early in development because I wanted for them to listen to my input while developing the software, and they seem rather willing to continue developing more features.
More voices asking for the same features and more buyers means more will get done... at least.. I'd hope so.
Craze 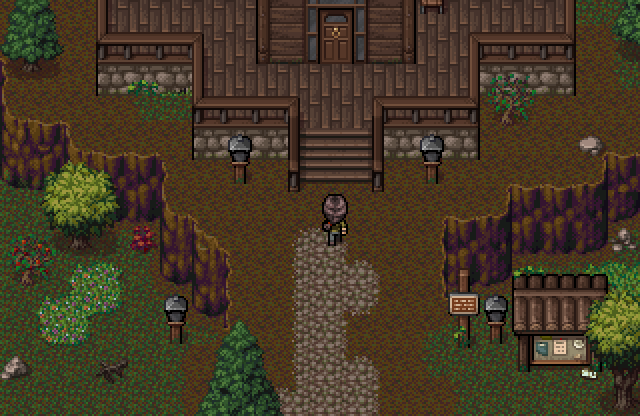 messing around with POP! sets. pretty enjoyable to work with.
dethmetal

Close
01/03/2020 04:41 AM
dang, I hope you appreciate what an awesomely intimidating collection of talent y'all are. I'm scared to show my work here

scity The game looks kind of like some sort of undertale type thing which isn't really my bag but I think that color combination really really pops. Although, that said, isn't the appeal of slimes their diversity, that they can come in so many colors/flavors?

orange- I have two questions about those screenshots:

1) Is Ghoul like a full-fledged character/party member or is he a necromancy based pet/summon? My gut says the latter but you never know.
2) can I have a review copy for free please i swear i am a games journalism

anyway here's my thing *runs away*