I want that picture zoom be separately for vertical and horizontal (as in RMXP).
And change picture number function (without load from disc), for example I have picture A with number 1 and picture B with number 2, and I want change that picture A have number 2 and B number 1. This function always lack in RMs.

Close
10/07/2016 01:17 PM
Very nice. Although I dread having to convert all my picture animations to this new format.
Cherry 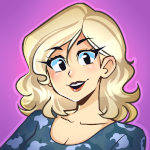 Close
10/07/2016 02:32 PM
Holy crap, this is going to be amazing. Glad I put off making menus for Rise of the Third Power. This may make a completely custom menu system feasible...

As for the "new format," maybe he's referring to putting all his pictures in a sprite sheet?
Chilly-Pheese-Steak

author=BadLuck
As for the "new format," maybe he's referring to putting all his pictures in a sprite sheet?


Exactly. I have a little over 250 pictures just devoted to battlers so putting them all into sprite sheets is going to be an adventure.
BadLuck

Also, Cherry! Not to pry, but are there any changes planned for how the battle system works? For example, if it was possible to have a choice to make turns based on each time a character acts instead of all characters, that would be great. It feels really bad that the more enemies you have on screen, the faster a healing regen ticks.
hedge1


Second best news I've heard all year. Not having the "Pic Pointer Patch" was literally the one thing keeping me away from the official English version. Great to hear you're working on this again!

And speaking of battle system changes, I've noticed a lot of the battle system checks (like Party exhaustion, Monster HP, or Hero HP) don't trigger when they should. This is very problematic because there are some incredible things you could do with the battle system that you can't because they won't consistently trigger. Are there any plans on fixing that? Or do you have a list of 100,000 priorities first to catch up on?
Cherry

Close
10/19/2016 05:23 PM
I have a test game, but it's 20mb because it's just built within my current project. The actual test is just a monster group with various triggers. If you want my test game I'll look for a way to upload it. In the mean time, I do have my notes on the subject. I apologize that the terminology is from the unofficial rm2k3 version. While I did final testing in the English version, most of the initial testing was done previously.

My notes:
Show
** If the monster (or probably anyone) is Poisoned and takes damage, nothing extra is triggered.
** Conditional branch actions (like Monster Target) occur based upon the original trigger.
** Monster target can also be wonky depending upon which trigger you put it in, as it can trigger that the monster is the target even though it's the monster's attack if you buffer your attack in while the monster is attempting to attack.
** Skills targeting anything other than yourself do not require any stat selected (HP, MP, Attack, etc) for it to trigger all of the standard damage, etc. formulas.
** HP visual is updated fairly randomly -- I've seen it as early as "Variable Change" and as late as after "Hero HP"
** Items, even Scrolls, never trigger anything after damage is dealt.
** Item switches DO trigger everything, but since you can't do any targeting with switches, your options are limited.
** Triggers before the damage is dealt occur in the order in which they appear in Battle Events. The same is true for triggers that occur after the damage is dealt. The two types (before and after), however, never mix.
** If HP alterations are made after damage is dealt from a skill, the HP alteration will override the damage display. This is not true if the damage is done through a basic attack (the Fight command). This does not apply if MP was changed rather than HP.
** Post-damage triggers sometimes don't occur after healing. It is inconsistent, and I haven't been able to figure out what causes it to work or not work.
** AOEs seem to act like single target abilities, though I have not tested this extensively.
** If two monsters act very close to each other, if the first uses a skill, the 2nd's action won't trigger post-damage triggers (like variable change or party exhaustion).

Battle Begins (these appear in the order they are in the Monster Group):
Variable change
Turn taken
Monster takes turn
Hero1 takes turn
Hero2 takes turn (this appeared even when Hero2 wasn't in the party)
Party exhaustion
Turn


Hero1 Fights or uses Skill:
Turn taken
Hero1 takes turn
Hero1 uses the <fight or skill> command
(Skill name appears if not Fight)
(Animation)
(Damage or healing, unless there is none)
(MP removed for cost of skill)
Variable change
Party exhaustion
Monster HP (for all of monsters, alive or dead)
Hero HP (for all heroes in current party, alive or dead)


Monster Acts:
Turn taken
Monster takes turn
(Skill name appears if not Fight)
(Animation)
(Damage or healing, unless there is none)
Variable change
Party exhaustion
Monster HP (for all of monsters, alive or dead)
Hero HP (for all heroes in current party, alive or dead)

author=BadLuck
As for the "new format," maybe he's referring to putting all his pictures in a sprite sheet?

Exactly. I have a little over 250 pictures just devoted to battlers so putting them all into sprite sheets is going to be an adventure.

What if someone just made a program that would do that for you automatically?
https://rpgmaker.net/engines/rm2k3/utilities/171/

EDIT: The utility has been accepted, so the above link is now valid!

Here's a picture of what it looks like:
Show 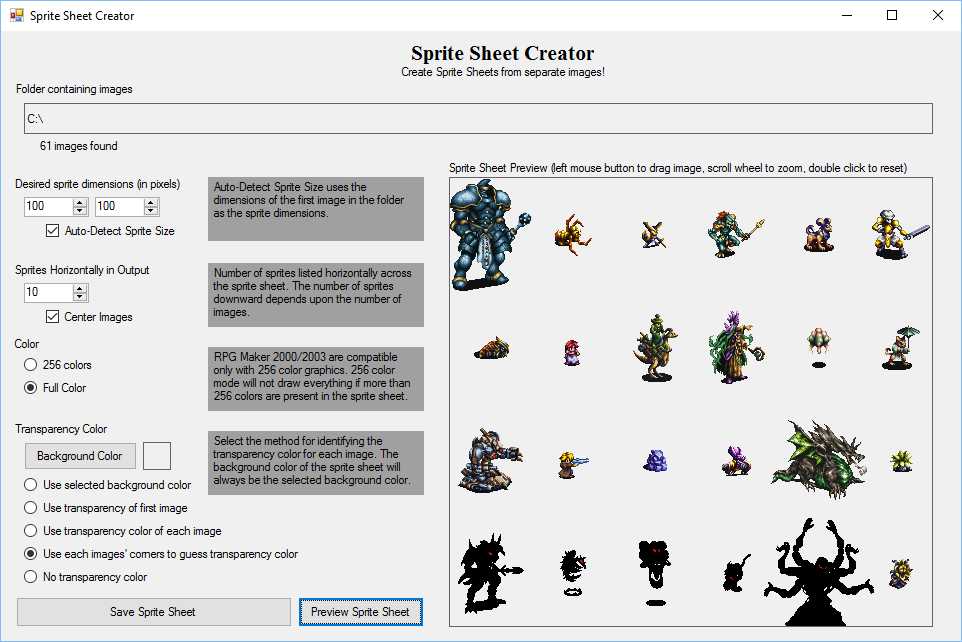 like i was making this parasite eve thingy a while ago
and a lot of things went super super smooth and i had devised such a simple way to render the menu items but then i realized i couldn't reference picture id by variable which meant i had to redo the code sixteen times rofl
NOW I DON'T ANYMORE
seriously
i know this has existed for quite a while but being able to use it on the official version is such a blessing, especially since its fullscreen now behaves soooooooo fantastically well omg im like gonna cry thank you very much have a nice day


edit: the spritesheet thing
it animates
it will allow sooo much streamlining of custom evented systems omfg damn i am legitimately not knowing how to cope with this
ANIMATED SPRITESHEETS BRUH
goddamn
aaaaa

now now, the only thing that I feel is lacking on RM2k3 now is that its resolution is 4:3, if there was a way to force it into being 16:9.... but that's probably a looooooooooooooooooooot of work LOL i can work with black bars all day because this you've done already is just so damn amazing im still speechless


edit2: with using spritesheets i coulD PROBABLY REFERENCE STUFFS FOR CMSES USING VARIABLES, SUCH AS SETTING THE SPRITESHEET ROW TO BE THE SAME AS THE ITEM ID ON A SPECIFIC ITEM MENU SLOT
THAT'LL CUT DOWN CODE BY AN UNSURMOUNTABLE AMOUNT
OMG
(SPECIFICALLY IN THIS SCENARIO IT WILL REDUCE THE NUMBER OF SHOW PICTURE COMMANDS FROM THE MAX NUMBER IF ITEMS YOU HAD TO JUST... ONE...(!!!!) WHAT A BLESSING)

edit3: displaying numbers will be wayyy easier too because you can use the old formula for extracting thousands / hundreds / etc from a number and instead of having so do 10 conditional branches for each possible value you'll just have to use one i mean thats obvious too but A NEW ERA OF RM EVENTED SYSTEMS IS COMING I TELL YOU
A NEW ERA
This means just 4 show picture commands instead of 40 to show a 4 digit number, although if you wanted to be really economical im pretty sure you could get away with only 1 and a loop, rendering each digit at a loop, using variables to reference a different digit every loop
i just really can't even begin to fathom how much easier will pictue based event systems be
no one will ever anymore really want to make tileset systems anymore
Sated
4005

Close
10/23/2016 04:38 PM
im sorry i have to be elouquent one of the biggest mistakes someone can do is not expressing themselves enough *stares maniacally at no fixed direction while trembling and smiling*
Pneumatic
0

Close
12/12/2016 03:26 PM
Are you able to show pictures in battle now? I thought I read that somewhere but I've been searching the thread and can't find it anywhere
Magi

Close
12/12/2016 07:28 PM
Cherry is currently hibernating for the upcoming season. It is anybody's guess as to when the next version officially supporting battle pictures will be out.

Until then, you can use the pics-in-battle patch from here:
https://rpgmaker.net/forums/topics/21189/
TFT

author=Cherry
A lot of stuff was going on over the course of the last 12 months and unfortunately RM had a very low priority during that time. No time for details now, but I'm back working on an update for the new RMs. Just wanted to let you know.

Are you still planning on making this update or did it get canned? I just need to make m y yearly visit before 2016 ends.

I know plenty of people still waiting, even if they aren't vocal about it. 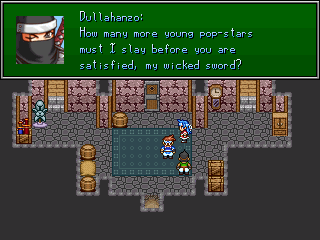 Magi can't commercialize this if he can't get that d-a-n-k as heck update.
JosephSeraph

Close
01/02/2017 05:18 PM
Only the non-official release of 2003 supports DynRPG right now. Word was that there'd be some kind of official integration at some point, but I think somebody will have to step up and do it.