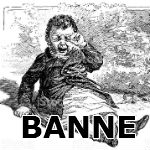 I'm 33. I grew up with the NES systems. At some point I got tired of playing games, listening to new music and reading new books because I wanted to do my own.
So now I write, make music and have started making games.

My first game was a comedy RPG called 'Jack to the FUTURE!'. Partially a fangame for a few youtubers, mostly a comedy RPG. Sort of like if Kubrick, Mel Brooks and Deadpool all got together to make an RPG and based it around youtube let's players.
The game works on several levels. At least 3 story wise, plus I made it with the idea that it would be played on youtube, so there are parts that work better and/or take on new meaning when played for an audience.
It has an original soundtrack, and quite a few cameos including famous stand up comics, famous chefs, and a few other youtube channels like Honest Video Game trailers (I wrote an honest trailer for the game that's inside it.) and Epic Rap Battles of History (them doing a rap battle as JackSepticEye and Markiplier).
Lots of jokes, meta humor, tons of references and plenty of silly things.

My second game is Kravenhurst Asylum. A horror/escape game. I can't really say much about it without giving things away. It's more of a creep you out and mess with your head game, than a jump scare and gross out game.

Bad jokes aside, welcome to RMN! Share your creativity with us!
kentona

Welcome to RMN, youngin'!
Pages: 1
Forums :: Introductions
Back to Top