Close
01/31/2016 03:39 AM
This topic is basically going to be a series of lists of people who will put their names forward for others to call on for various tasks. The kinds of things we're looking for are:
- Let's Players
- Let's Tryers
- Reviewers
- Play Testers
- Feedback Givers
- etc

Basically, if you're someone who likes to do these kinds of things, sign up here with what you do, and I'll sort a series of lists of names that people can PM when it comes time to ask for help with these things. This way we can cut down on all those 'Help! I need a Playtester/Can someone LP my game/I want a Review!' topics and have a basic database where people who need help can see who is available.

Note that this is NOT a thread to ask for people to help you in.

Keep in mind that you don't have to be currently active. Ideally these lists will have enough people to ask that if someone isn't currently active the one wanting help can just PM someone else under the same heading.

If you want help, DO NOT post in this thread. Instead, PM someone who is under the heading of the help you need. If they don't answer within a few days, try PMing someone else on the list instead.

DO NOT PM someone who is not under the heading of the kind of help you want. PMing a Let's Player in order to ask for Play testing won't get you a play tester, nor will asking someone to review your game when they are under the Play Tester heading.

DO NOT just spam PM every person on a list. It's a hassle to wait, but pick one or two and ask them, then ask others if there's no reply after a few days or a week. People have lives outside of RMN, after all. Don't just assume that people are ignoring you.

If you are posting in this thread to sign up, list which positions you want to be put under so that I know what you will and will not do. If you want to remove yourself from the thread, post a new reply saying so. If you want to change any of your positions (say, remove Let's Try and add Review), again, make a new comment saying so.

FAQs
Show
What's the difference between these?
Give Feedback is basically someone who will give feedback based on either playing the game, looking at the game page or other media. It's a more basic way of giving feedback, not usually going more in-depth (though it depends on the person).

Let's Play involves playing the game whilst recording video. It's usually more for entertainment purposes and done with voice-over, reacting in real time to what is going on in the game and pointing out any bugs found whilst playing.

Let's Try involves playing the game whilst recording video. It's different from Let's Playing as it focuses on pointing out feedback more than entertainment (though entertainment can still be a part). Commentary is more often focussed on what to improve and pointing out bugs in all aspects of the game (written, pacing, balance, etc). The gameplay type is more like that of a playtester, trying everything in the game, though playstyle does depend on the person Trying.

Play Testing is the act of playing a game over and over again in order to find bugs, weed out any issues at all (from written to graphical to awkwardness to balancing, etc). The Tester usually either writes up a detailed document with all the issues they find or uses a chat program to go through the game with the developer, pointing out fixes that need doing. The aim is to find every issue, so they tend to backtrack and check all aspects of the game. It's recommended that developers have a few people test their finished games for bugs as fresh eyes and multiple opinions can help weed them out quite a bit better than just one person.

If you have any questions, just ask. I'll answer as I can.
Liberty

I could see me play-testing, giving feedback, or reviewing.
Kylaila

Close
01/31/2016 04:43 PM
Sure! I do like pming more than random sign-ups. Always more fun to hear what exactly peeps are looking for.
Feedback and Review for me. Play Test should be fine, too.
pianotm 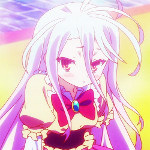 Close
04/21/2016 03:27 PM
Let's Try's are more critique-focussed LPs. Usually LPs are for the fun of the person playing, LTs are more aimed at talking to the dev and pointing out issues found instead of for entertaining a bunch of other people. It's like a recorded playtest.
Dimitria