THE RMN IS DEAD, LONG LIVE THE RMN!

Close
05/02/2016 02:59 PM
If you happened to visit RMN over the weekend, you might have noticed that the site was down, and a splash page was in its place encouraging you to join our Slack channel.

The server that RMN was on DIED AN IGNOBLE DEATH. RMN is now on a NEW SERVER.
Around noon CST on Friday, April 29th, RMN's website was suddenly inaccessible. People were scared, confused, and unsure of what to do with themselves as it slowly dawned on them that they might have to interact with the real world now that RMN was down. Logging into our host's admin page, we discovered that our server was 'Powered Down'. Attempts to reboot it failed. We submitted an emergency ticket shortly thereafter. Some 6 hours later we get this message:

"The machine appears to have suffered from a critical hardware failure and we will need to replace it with a new machine." 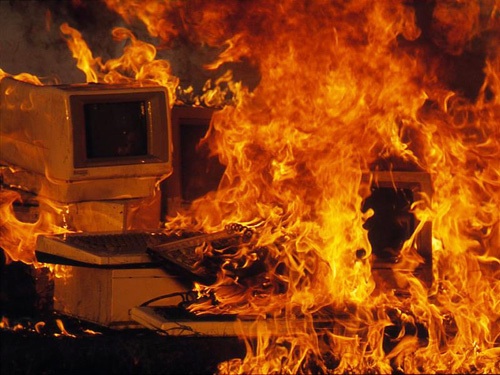 It's going to be okay, right?
It's at this time we put up the temporary splash page encouraging you to join our Slack channel.

After a tsunami of Slack registrations, we heard word that the server was unrecoverable, and that we would need to have a new server provisioned. We were offered a free upgrade to a new server (with 2X the RAM, 4X the HDD space, and a slightly improved CPU) and one month's credit to our account. While this is nice, what a hassle! It took some time to get the new server provisioned. With extraordinary prescience, ankylo arranged to have nightly backups of RMN's database and files. With these, he was able to rebuild RMN this weekend from a backup from Thursday April 28th. (We owe ankylo BIG TIME, btw). 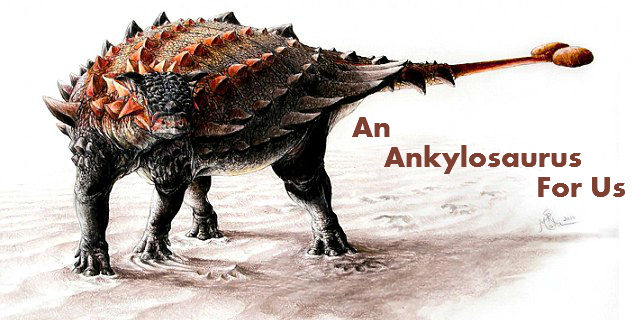 "Armor plating AND leet computer skillz? This is an unbeatable combo!"
This does mean that everything that was submitted and posted to RMN Friday morning was lost, unfortunately (including my sweet Undead Sharkenbear avatar).

Sites that subhost from RMN are still missing - we are waiting for the host to hook up the old HDD from the old server so that we can copy that data. No ETA on this at this time. I will update when I know more.

Event CSS was also lost, because for some reason they are stored differently than everything else on the site (thanks WIP!). We will try to recover it for recent events, but it is lower priority.

All in all, it was a huge unexpected hassle, and we owe ankylo for all of the time he put in to restoring RMN, the Slack admins for handling an increased workload, and the social media moguls for keeping us all up to date! Me? I played floor hockey and raked my lawn. Stay tuned for a new fundraiser for RMN, and a tip jar fundraiser for ankylo.

RMN is run by volunteers and operates largely on the donations of our members. I would like to thank you all for sticking by us during our downtime.

THANKS!
UPDATE:
The Ankylosaurus For Us (Redux) donation drive for ankylo is now live: https://rpgmaker.net/forums/topics/20710/ !
Red_Nova

Close
05/02/2016 03:05 PM
YAAAY! I'm so glad RMN is back! Huge thanks to everyone that helped resurrect the site. Especially that wonderful, wonderful man ankylo. You are the hero of this story!
Frogge

Close
05/02/2016 03:07 PM
Grats on bringing back our beloved RMN, humans.
Perhaps you aren't such puny creatures after all.
eplipswich

Close
05/02/2016 03:09 PM
As one would expect of ankylo. Regular backups are definitely necessary when running any server, so thanks, ankylo!
unity

Close
05/02/2016 03:33 PM
Yay! We're back! Let's do what we can to restore the madness to order!
Also thankies to the people who dealt with Slack and the people who got the server fixed or replaced or whatever, you did great!

Let's rebuild and continue from where we left off!
Sgt M

Thanks for all your hard work Ankylo!
Kloe

Close
05/02/2016 03:44 PM
I just got the most appropriate tagline ever!
"ankylo is doing all of the hard work! I am just here to take credit."
So true right now, thanks Ankylo!
Marrend

Close
05/02/2016 04:43 PM
Three cheers for ankylo and everyone who helped put this site back together!
Housekeeping

*Edit: (on the Internet)
NeverSilent