Close
09/11/2016 08:12 PM
I know there's been a couple of these topics in the past. All of them amounting to nothing. So most likely nothing will happen with this one either. But we a steam group (that I never check, but it exists) and we also have that discord server thingie.

So we should game together. There HAS to be some game most of us have. (one that is not a single player 50-hour RPG.) Or even a couple of us have. I have many evenings 4pm-9pm GMT free. I should just remember to get onto Discord and do a bit of the gaming.

Personally (it is probably known) I play a fair bit of Rocket League. And playing a bit of Rocket League with RMNers is something I think could be a lot of fun. I also have some fairly common shooters. (though I don't have any of the blizzard games) Tabletop Simulator is another possibility to try out some board or card games.

See I'm really bad at selling this. Mostly because in the past the response has been unenthusiastic. But games are more fun with other people and with the easy-to-use discord channel I feel like in-game communications could be very easy.

It would be nice to get like a semi-regular gaming gettogether thing going. I have loads of evenings off for about a month or two. So is anyone interested and in what games in that case?

Show
Here are some of the games I think could be fun together:
Rocket League (up to eight players in a party for 4v4 fun, but the game also supports just about any party size up to that and still be a fun experience)
Awesomenauts (the game is 3v3, but the bots seem decent enough to play with if we don't want to go online properly)
The Showdown Effect (this is a fun little 2d actioner that I think can take quite a few players. I've at most played it with five or so and it was frantic fun)
Helldivers (4-player co-op thingie with friendly fire)
Robot Roller Derby Disco Dodgeball (I haven't played this much but it seems like random frantic fun)
Lethal League (Beat 'em up-y little game about... I think hitting a ball into each other)
Speedrunners (2d running... I think it takes up to four)
ACE: Arena: Cyber Evolution (f2p hockey game 3v3. I haven't played it in like a year and it was in early access so it might have changed a lot)
Shootmania Storm (an arena shooter with some pretty fun modes for varying amounts of people. The main modes I've played have been the 1v1 and 3v3)
Running With Rifles (massive warfare and dying a lot. Together.)
The Ship: Murder Party (it's like mafia on a boat, though it has some technical issues meaning that it might be difficult to get to run. But when it works it's a lot of fun!)

I'm basically just listing random games at this point. There's a lot of games. Most of the games listed are fairly short, so makes for a nice quick get-together actiony bit. I also wouldn't mind some team shooters like. Rainbow Six: Siege, Verdun, Insurgency or something like that.
Yellow Magic

Close
09/11/2016 08:31 PM
A couple of us were playing Pokemon Showdown yesterday. You should become a PokeNerd like us
Shinan

You should have never fed me that weird liquorice "sweet"

(We were on afternoon GMT yesterday, around 3 or 4)
Kloe

Close
09/11/2016 09:01 PM
Pokémon Showdown is fun, I beat Frogge many times, Minecraft I don't have but I remember Libby and Caz and Nessy and Oshun and Ziggy playing that a while ago, also Tabletop Simulator would be fun, I have that one (thank you again Ziggy :D ) and have been itching to try it out multiplayer, it looks super fun.

Rocket League would be fun, but I only had it for that free demo weekend thibg where me, Libby, Ziggy and Shinan played, and Shinan beat us all like 10-3...

So yes, I'd reccomend Tabletop Simulator and some Pokémon Showdown, maybe even a tournament kinda thing!!!
OzzyTheOne

Here's a list of multiplayer games I own on Steam:
-Unturned
-Borderlands 2
-Portal 2
-HAWKEN

I also own minecraft.
Kloe

Close
09/11/2016 10:16 PM
I'd be so down for playing random games with RMN folks. Only problem is that I have no home internet access at home for the foreseeable future.
Cap_H

Close
09/11/2016 10:24 PM
I wouldn't mind something. From games Shinan listed I got:
-Awesomenauts (I really like this one and haven't plaid it in ages)
-The Showdown Effect (never tried it)
-Lethal League (got an extra copy if someone is interested. Never tried it either)
-The Ship (I'm not sure, if it is the same game)
-Insurgency.

Ozzy, Unturned is free to play, so everyone can join you on that one.
Random multiplayer games I got: Hammerwatch, Magicka, Monaco, Risk of rain (these are installed).

Edit: Actually, I got a smaller connection issue too. Anyway, You can probably announce this via steam group.
OzzyTheOne

author=Marrend
As far as multiplayer games on Steam are concerned, I have Portal 2 and Team Fortress 2. Though, to be fair, I've never played (or even as so much installed) Team Fortress 2.

I've also never played Team Fortress 2, might be an idea to have two teams of RMNers fight each other to death! -_-)b
Deltree
doesn't live here anymore
4556

Close
09/11/2016 10:55 PM
I don't game on PC a whole lot, apart from Tribes Ascend. I'm on there as Spaaacelizard in the incredible off-chance that anyone actually plays.

Otherwise, I play Overwatch on PS4 as Deltree1983. I usually play late nights EST, so, look me up there!
Vaccaria 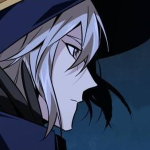 author=OzzyTheOne
might be an idea to have two teams of RMNers fight each other to death! -_-)b

You know what's better? Pit the two teams in a Dota 2 10v10 match and see how they would even fare against each other. And trust me, a 10v10 game is already chaos enough.
psy_wombats

Close
09/12/2016 01:11 AM
I'd play Crusader Kings or something with RMNers haha. Or wasn't there smash bros around a while ago?
Yellow Magic

Also if anyone's ever up for some Tekken Tag Tournament 2, feel free to hit me up......
Cap_H

author=psy_wombats
I'd play Crusader Kings or something with RMNers haha. Or wasn't there smash bros around a while ago?

Crusader Kings would be fun. Especially with some fitting mod such as After The End.
Shinan

Close
09/12/2016 05:33 PM
I've never played Crusader Kings multiplayer but I wouldn't mind trying. How does it work in practice, when single-playing I always just pick some small place somewhere and roleplay it out. In multiplayer are we all just neighbours that occasionally hate and occasionally love each other?
Cap_H

Close
09/12/2016 07:34 PM
I never play big states in CK and I role play more than i expand. My favorite type of game is to change ruler every 50 years.
But I really am up to some Awesomenauts... Do you have Duststorm?
Shinan

Close
09/12/2016 07:36 PM
Is that some Awesomenauts expansion? I backed the Starstorm expansion on kickstarter wayback but I haven't kept up with more recent stuff.
Cap_H