PERSPECTIVE OR ORTHOGRAPHIC FOR RPG

Close
02/04/2017 10:58 PM
Currently, I'm making an rpg, and I'm using Unreal Engine 4. I was initially, planning on going 3d, because I can make 3d models (ie houses, etc), and just have 2d sprites. However, I noticed that I can switch the camera between, perspective and orthographic, letting me do 2d, but with 3d models. I'm not sure which one looks better, so I was wondering, which one people, would like to play. 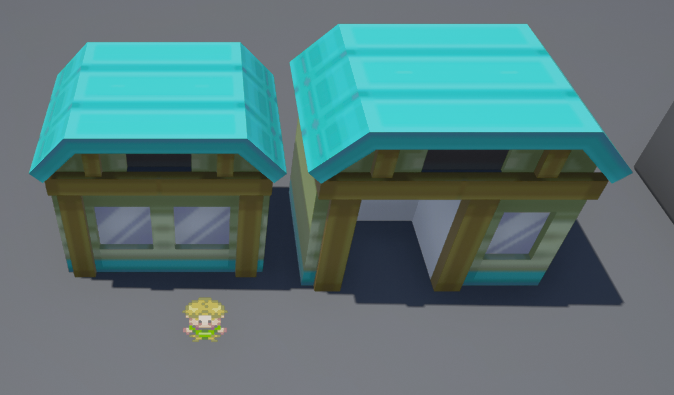 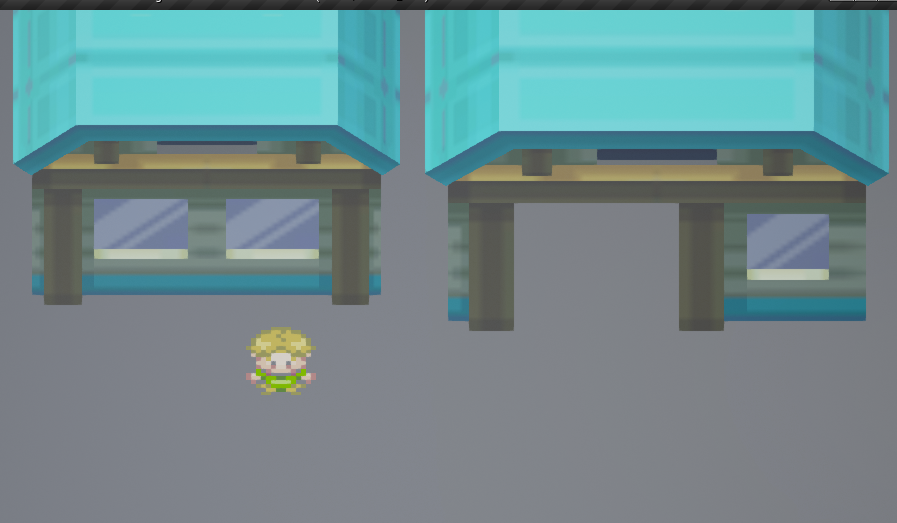 Close
02/04/2017 11:14 PM
If you're using 2D sprites I'd go with orthographic every time. Using perspective with 2D characters and 3D backdrops causes a juxtaposition that I don't think the eye and brain are capable of resolving, so it looks jarring.
ZeroColours

Close
02/04/2017 11:18 PM
Yeah, that's what I was thinking, but then I also thought how games like Pokemon white and black managed a 2d sprite with a 3d background. So, I wasn't sure, which one to go with.
Here's the pokemon white and back example:

Close
02/04/2017 11:23 PM
I guess it depends on the level of detail in the sprites, but the angle in the Pokémon games also isn't quite "perspective" as far as I can tell. It's not orthographic, but it seems to be somewhere in between. Either way I prefer it when they have 2D on 2D or 3D on 3D, but your mileage may vary.
ZeroColours

Close
02/04/2017 11:26 PM
Yeah, you're right on that. From what I can tell, it seems that the 2d sprites such as the characters are being billboarded to the camera, same with the leaves on the trees. Meanwhile, buildings seem to be made with tiles, but in a 3d format. So tiles stacked on top of each other, but with a 2d tileset textured on. Any guess on what camera angle they have? I've tried to replicate, the angle as I quite like it, but I can't seem to get a good angle.
Trihan

Close
02/04/2017 11:31 PM
I'm not entirely sure, sorry. I think the other thing that makes the 3D in the Pokémon games less jarring is that it still looks "pixelated" like the 2D sprite. The main thing preventing your screenshot from looking natural is that your models are smoother than the character, if that makes sense?
ZeroColours

Close
02/04/2017 11:36 PM
Yeah, the ds probably did not have enough capabilities to handle pokemon white and black. Thus, it most likely added in that 'pixelated' effect. I tried, to make the buildings look somewhat pixelated by using a 2d pixel tileset, then texturing it on the building. I think, if I actually texture the ground with a 2d tileset, the effect might be achieved. Other than that, there's probably no other way to make the 3d less jarring.
Trihan

Close
02/04/2017 11:38 PM
Probably not. Honestly people probably wouldn't complain too much, I'm just trying to give you some constructive feedback on the potential pitfalls of such an approach.
Sooz

Close
02/04/2017 11:55 PM
TBH unless you've got some kind of gameplay mechanic taking advantage of the 3D, the choice is almost entirely cosmetic, and fairly minor. It's not going to make that much difference.
chibievil 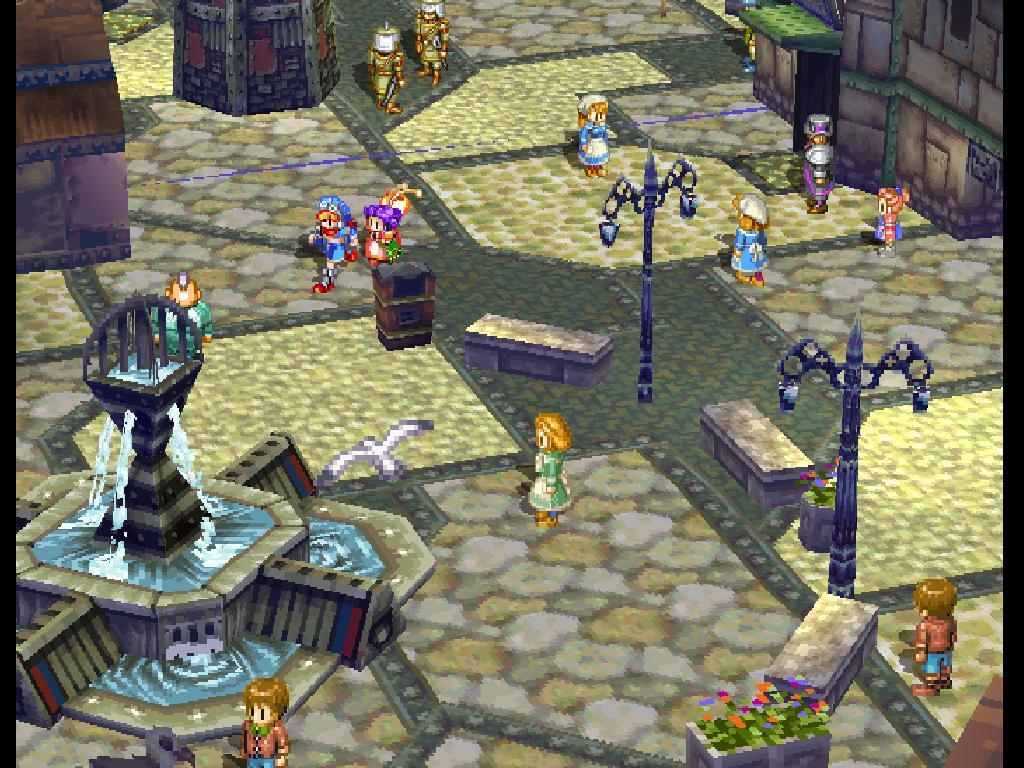 am not sure how they achieved this tho, but u can move the camera round with a button on controller (i played it back on ps1). But i say depending on the sprites u can achieve either. but for the current sprites u using Orthographic looks better :).
Trihan

author=Trihan
I guess it depends on the level of detail in the sprites, but the angle in the Pokémon games also isn't quite "perspective" as far as I can tell. It's not orthographic, but it seems to be somewhere in between. Either way I prefer it when they have 2D on 2D or 3D on 3D, but your mileage may vary.

"somewhere in between" doesn't exist, its either ortographic or its not -- what can change is the degree of the camera lens (i don't know how to say this)

An example in selfies (the first ones look almost ortographic)
https://i.kinja-img.com/gawker-media/image/upload/s--dLuLjk5j--/c_scale,fl_progressive,q_80,w_800/18kxy5bbtul32jpg.jpg

this too, notice how the one on the right has perspective lines rapidly shrinking as they go back:
https://cdn.photographylife.com/wp-content/uploads/2015/08/Perspective-Distortion.jpg
Or here, too:
http://farm4.static.flickr.com/3556/3790704704_16ba8a864d.jpg

in fact if im not mistaken, most huge moon photos are made through use of lens that "shrink" the background less, since the moon is so far it ends up looking huge:
http://www.popphoto.com/sites/popphoto.com/files/styles/large_1x_/public/capepallisersupermoon_0.jpg?itok=bB34PuTv
(the other half of the times its just really photoshop XD)

author=ZeroColours
Yeah, the ds probably did not have enough capabilities to handle pokemon white and black. Thus, it most likely added in that 'pixelated' effect.

That "pixelated" effect has nothing to do with capabilities and it also wasn't added in. IT is just because the DS resolution is low, which is also the case for the Playstation 1 (240p) and Playstation 2 (480p)

320x240 is the size Breath of Fire 3 is rendered, and model pixels and character pixels have the same size:

They're rendered at 320x240 not because of lack of system capacity, but because it is the video output. BTW Breath of Fire 3 is not ortographic, as one can see.

This is the render resolution of Final Fantasy X-2, I believe, though it does look like it has some sort of filtering, anti-aliasing or resizing tacked on. But it's more or less this size.

Tl;dr no need to make it HD if you aren't making Final Fantasy 16.
Keep your sprite's pixels the same size as the 3D models' pixels and it'll look good. Tack an 8-bit looking sprite on a super HD 3D field and render it on 1080p and it won't look too good.
turkeyDawg

Close
02/06/2017 03:20 AM
Yeah, I came here ready to say what JS already got to - the 3D matches the sprites in the Pokemon screenshot because the DS has a tiny resolution to map to its tiny screen(s). Also, the textures applied to the 3D models are probably tiny enough to be pixel art.

PS: Don't forget to give your sprites some foot-shadows.
Though, it's kinda funny to me that, looking at the above screenshots, Grandia seems to have a fancy-ish system in place for casting the shadows on to the ground in proper 3D perspective, but... none of the 3D objects cast a shadow...

As for which rendering method to use, I'd say that, since your sprites have a rather flat look, to go with the Orthographic. Though, to be more honest, I'm not entirely sure why you're using 3D at all. Seems like a lot of extra effort for not a lot of gain, but maybe that's just my inexperience with 3D modeling talking here.


I think "Field of View" is the setting that changes the "deepness" of a 3D camera's perspective. Or it was something to do with the "Viewing Frustum". I figured out how to use it in Unity once, but I've already forgot most of it... orz
ZeroColours

Close
02/06/2017 10:27 AM
Hey, Guys so I had reached my daily posting limit yesterday, so I couldn't respond to anything going on here. So first of all turkeyDawg, it is field of view, I use it in Unreal Engine 4. For the sprites I'm planning on billboarding them, so they don't look so "flat". Also, thank you JosephSeraph, for clarifying what I wanted to say, when I said the Ds capabilities. When I get the chance, I'll post a screenshot of my results of lowering my resolution. I'm planning on adding in a shadow, after I sort out the resolution, cameras etc. I'm not sure what my posting limit is, so I'm going to be a bit conservative with my posts, and only post when I've got some updates.
Pages: 1
Forums :: Help Me!
Back to Top