[POLL] WHAT IS YOUR FAVORITE FINAL FANTASY GAME?

There are plenty of Final Fantasy games, which one is your favorite? I have a huge list right here and tried not to leave anything out. Feel free to discuss and talk about your favorite! - Results

Close
08/19/2017 04:00 PM
Ehh, Tidus is totally inoffensive to me. He's goofy and everything, but I think there are other FF characters who are more annoying than him, like Snow, or Brother in FFX-2.

author=suzy_cheesedreams
Ehh, Tidus is totally inoffensive to me. He's goofy and everything, but I think there are other FF characters who are more annoying than him, like Snow, or Brother in FFX-2. Close
08/19/2017 04:13 PM
Haha, I was thinking as I was writing that about the hate Vaan gets. He's so completely bland though that I only feel utter indifference about him. He's like... a non-entity. (granted I haven't played 12 for years so maybe he has a presence after all?)

I found Prompto to be really annoying and ingratiating. Noctis was also a really dispassionate, unengaging protagonist.

I feel like there's nuance across much of the series' writing, but the amount of it greatly varies, though it's definitely present in 7. But there are other things that feel undeniably goofy/rule of cool about 7, so that's the game I feel the most conflicted about.
Jeroen_Sol

Close
08/19/2017 04:31 PM
People just like to shit on Tidus for no reason. Especially the laugh scene, even though it makes complete sense in context.
Desertopa

Close
08/19/2017 10:47 PM
The laugh scene I agree makes perfect sense in context. But the English voice acting really was pretty bad; that's one of the only scenes where the awkwardness was actually intentional and appropriate.

Tidus absolutely isn't the most annoying Final Fantasy character, or even close to it. There were scenes with him, and elements of his character writing and motivations, which I thought were legitimately good. And I can respect that the developers tried to do some interesting convention-breaking things with his character (like having a lead protagonist who's not the actual hero of the story, or a protagonist who cries, and not manly tears.) But overall, I feel like they tried a lot of things with his character, and that game in general, which were really just not good ideas. I never really disliked Final Fantasy X as a game, but it was the first Final Fantasy game to undershoot my expectations.

Vaan wasn't necessarily a bad protagonist for a different game, but I do think it was a bad writing decision to make the player-proxy character one of the least significant protagonists to the story. He doesn't even really get all that much character development over the course of the game, because he has so little connection to the main events of the narrative, and his personality generally didn't complement the tone of the plot. Basch was originally intended to be the main character, but Square-Enix balked at having a main protagonist significantly older than the target audience for the game, and Vaan's place in the game really does reflect the fact that he was shoehorned in without originally having been conceived as having any part in the narrative.

author=Housekeeping
I also really enjoyed 5 despite its flaws, and Tactics is really solid, but I'm not the biggest fan of tactical RPGs (mainly because battles take so long and there's not much exploration). Not a huge fan of the other Final Fantasies. 4's okay but it's a product of its time; same with the NES ones. 8 and 10 killed the franchise for me; haven't played anything past 10, but I've seen enough to know they aren't for me. 15 did look kind of interesting, though (and really beautiful graphically).

8 is such a mixed bag for me. I found a lot of elements of the setting really interesting, and I loved the Garden from the beginning as an environment to be thrown into where you just pick up random stuff about the characters and setting by exploring the environment and talking to people. Overall, I still really like the beginning of the game. But the central romance just has so many huge flaws, and I say this as someone with a huge soft spot for video game romances. And the plot became so garbled and nonsensical from around the middle, there's a reason that my favorite review of the game envisions the creative process having taken place in a room where the lead developers were locked together for days in a room with a gas leak.
pianotm

Close
08/20/2017 12:02 AM
Vaan, I got used to. The way he was presented, he felt like a child. I know he wasn't the first to be presented in that manner, but by far, he seemed to be the one who felt the youngest. The problem I had with Vaan was that his character never seemed to grow.
Gourd_Clae

Brother is a menace XD

Tidus was a little whiny I guess, but tbh I was in FFX for Yuna. Tidus was easy enough to get used to and it was good enough for me that he tried to do what was right. Also, ah, I LOVE the laughing scene. Awkward nerdy love is best love.

author=kory_toombs
I might have liked Final Fantasy Tactics more, but there's huge gaping holes in the story and a lot left unconcluded. I liked a lot of it, but it left me very unsatisfied when I finished the game (sort of like Breath of Fire 4 too.)

Delita is so gooood though <3 Seeing Ramza change throughout was also really compelling. I know a lot of people go on about the game's overarching plot but the personal relationship between these two was great.
lonestarluigi
2785

Close
08/20/2017 03:57 AM
Since everyone is now talking about annoying characters, I'm gonna go with Snow, so annoying with that "I'm a real hero" shit. At least I got used to Vaan and Prompto.
Crystalgate

This game has the right amount of customization for me. There are both enough choices and limitations. Some FF games don't give you much to customize at all or they give you too limited choices. For example, FF III lets you pick a class for every character and that's it. Others don't have a proper limitation. For example, FF VIII has a lot of customization via the junktion system, but there's no reason not to make everyone great at everything. This meant all party members became fighter/black mage/white mage master of all, no weaknesses whatsoever, characters.

That's not much really, but then, I've never been a huge fan of FF games. I don't hate them, but FF is just one series among other for me. This makes the downsides of FF V matter less in comparison. For example, FF V has a rather bland story and bland characters, but there are no FF game where I really loved either the characters or the story anyway.
UPRC

author=lonestarluigi
Since everyone is now talking about annoying characters, I'm gonna go with Snow, so annoying with that "I'm a real hero" shit. At least I got used to Vaan and Prompto.

I found everyone in XIII to be varying degrees of annoying except Fang and Sazh.
suzy_cheesedreams

Close
08/20/2017 05:01 PM
Yeah. Along with Lightning, Fang & Sazh are the only other characters I found to be genuinely likeable (although I quite like Serah in the sequel). Hope gets a pass for spending a significant portion of the game wanting to kill Snow.

I seem to recall Vaan resolves to live without actively wanting to avenge his brother, and so his character arc is thematically relevant to Ashe. But it's really muted. Personally I don't think that game was very charismatic. It was fun, but the plot and characters were really underwhelming.

VIII had a lot of small moments of complexity and maturity, but overall it feels a lot messier than some of the other games... I think Squall and Rinoa clashed believably; their interactions gradated from (intentionally) superficially "cute" to actual conflict quite well. But the way their romance develops feels a bit forced, or something. (and when I try to think of pertinent scenes from the game, all I see is Squall driving around in a car like a madman)

FFX worked really well overall for me. It was super cheesy, but earnestly so. I liked how Tidus' Degrassi-esque family drama merged with the fantasy aspects of the story in such an epic way.
Jeroen_Sol

Close
08/21/2017 07:50 AM
FFVI and FFVII are my favorites. I also like FFIV. After that, I didn't like FF too much anymore, even though most titles were still decent.
kory_toombs

author=lonestarluigi
Since everyone is now talking about annoying characters, I'm gonna go with Snow, so annoying with that "I'm a real hero" shit. At least I got used to Vaan and Prompto.

Which Snow you talking about? :) 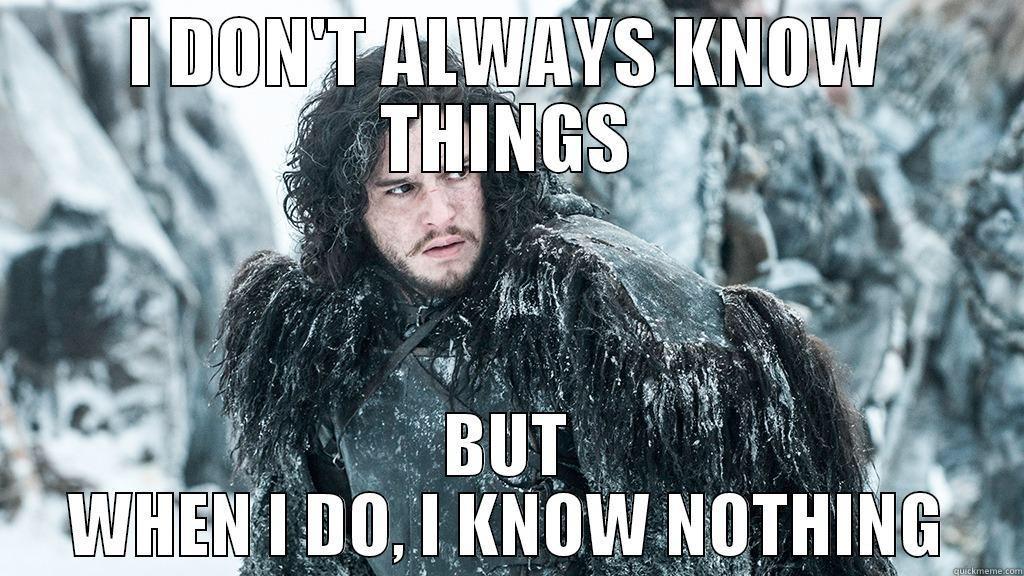 author=kory_toombs
Which Snow you talking about? :)

There's probably a joke here concerning the Snowe of Suikoden 4 versus the Snow of Final Fantasy 13 both being idiots.
Pyramid_Head

Close
08/21/2017 12:07 PM
Though not technically part of the Final Fantasy series I love Final Fantasy Advenure on the Gameboy (later remade as Sword of Mana and Adventures of Mana on GBA and PS Vita respectively.) It was my first exposure to JRPGs and I still play the original even to this day.
Hexatona

Close
08/21/2017 02:48 PM
Uuuugggh I had a hard time picking here. I tried to frame it in a mind of "Which of these games could I probably play over an over and not really get tired of it? So, I picked Twelve. Six and Nine were pretty much tied for best ever as well.
Hexatona

Close
08/21/2017 02:50 PM
I think Snow gets a biiit of a bad rap. I mean, most of his more annoying moments are because he's deliberately trying to act like nothing is wrong, for the sake of the people he's trying to look after.
Dudesoft

author=Hexatona
Uuuugggh I had a hard time picking here. I tried to frame it in a mind of "Which of these games could I probably play over an over and not really get tired of it? So, I picked Twelve. Six and Nine were pretty much tied for best ever as well.


Same. I know from actual experience that FFT never gets boring. I've played it on everything. PSX, PSP, PS Vita, my phone, my phone, my phone, and many other times. Oh, I think on PS3?
Pages: first prev 1234 next last
Forums :: Videogames
Back to Top