[RM2K3] QUESTION ABOUT SELLING AN RM2K3 GAME WITH .EXE HACKS

Close
05/06/2019 03:35 PM
I've read that you cannot legally sell RM2K3 games if you've hacked the RPG.exe file. To what extent does that cover? For example, I'm working on 2 major games with RM2K3 currently, and one of them I'd like to eventually make it available commercially (it will be quite a hefty game). However, I've changed the glyphs in the game to what you see below...

I would probably change all of the glyphs eventually, just so I can make the game that much more original. This is the only "hack" I've implemented and will most likely be the only one, considering.

But, with these changes in the glyphs, does that make the game ineligible for commercial sale? I hope not, as these glyphs have become integral to the games messages and menu management. Also, are there any other hack-like changes that bar RM2K3 game's from a commercial sale? I understand much of the hacks that Cherry has made are included. Just curious if I should go ahead and revert these glyphs back to normal if I plan on selling my game.

Also, is the official English version of RM2k3 still being updated and patched? If so, I would love to suggest edits and upgrades somewhere if I can (like the ability to change glyphs without hacking lol).
bulmabriefs144

Close
05/07/2019 12:32 PM
I don't understand the need to merch honestly. And I'm not convinced it should be the place of RMN to host stuff that doesn't have a free demo. But that's probably why I'm not a Mod or Admin.

It's like this. Unofficial version allows any patches or plugins you want. Unofficial version however, is itself modified from the Japanese version, and because Enterbrain is a group of megalomaniacs, they feel they can declare someone's work and effort making an engine which is not in any competition with them and is offered for free as "illegal". I have a suspicion this wouldn't hold up in any courts that matter, but there you have it, regardless of how little or much patched the unofficial version is, you can't use it for games which make a profit. These are hobby games. Many websites won't accept it period even if it's done for free. RMN isn't one of those, they support 2k3 games so long as they are noted as tsukuru 2k3 (that is, the unofficial rpg 2k3).

On the other hand, the official version has contractual clauses against patching or hacking the .exe and I'm not even sure about the fonts. Doing so largely invalidates the game unless you're a genius and know what you're doing. I think exfonts might technically be okay? But the person you'd want to ask is the one who did Arafell. They made some edits to their game and to their exfonts, and they seem to be making money. This is with the official version. There's certain allowed stuff, I would assume.

The official version has two sources, the rpgmaker website where most of the other rpgmaker engines are, and Steam. As far as I know, Steam updates faster than the official site, but this means you have to have Steam (and I hate Steam with its persistent passwords, seeming inability to use multiple computers like for work and home, and its tendency to memory leak). On the other hand, the official version doesn't update often, and if there is a new update, you have to basically buy it again I think. You also may have to do that if you have it on multiple computers. This plus the whole "not sure what patches are allowed" meant I just passed on the whole idea of making a sold game, since I have quite a bit of patches.

Edit: Ok, referring to the link that Darken has posted, it looks like I was wrong about that.
Darken

would disregard the last 2 posts...
Liberty

Close
05/08/2019 12:48 AM
We allow commercial endeavours on RMN and actively encourage that people sell their legally created games if that is their wish. No shame if you don't want to, but no shame if you do, either.

Darken has answered the question.

What about extra splashes? I have this. 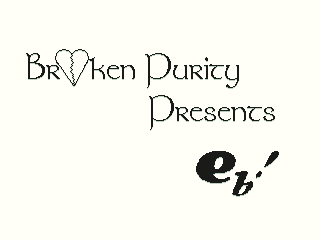 Stand back. Artist at work. I paint with enthusiasm if not with talent.
6087

Close
03/26/2020 04:33 PM
Do you have more detailed instructions?
https://luckypatcherofficial.com
pianotm

Mitsuhide_the_Vagrant
I've read that you cannot legally sell RM2K3 games if you've hacked the RPG.exe file. To what extent does that cover?

The answer is "No."
Pages: 1
Forums :: Programming & Plugins
Back to Top