WHAT'S THE WORST RPG MAKER GAME YOU'VE PLAYED AND WHY

Close
10/14/2019 04:01 PM
I'd have to go with Hawkman, because of how repugnant the main character was. For those that don't remember this game, it featured a main character that went around raping women. The developer actively tried to defend this by saying the women in question enjoyed Hawkman's skills in the sack and therefore it shouldn't count as rape even if they initial refused Hawkman's advances.

Close
10/14/2019 04:11 PM
Lost Legacy: An Animania Story popped into my mind. I wrote a rather edgey review of it when I was 18 but it still contains the worst tropes of weeb RPGs of all time for me. Actually would recommend its hilarious and cringe intro.

I don't really like to bash other peoples work these days, cause it feels like an AVGN phase or something. 90% of the time it's just some 15 year old spent a summer month on an RPG game without much craft, not really worth getting upset about unless you were tasked with a full playthrough due to circumstances.
Sidewinder

There is so much wrong with it, I don't even know where to begin.
Marrend

Close
10/14/2019 05:05 PM
Off the top of my head, Poley and Waffle: War for the Wonder Blocks, which was set to private or deleted. It was likely a first-attempt game, and I kinda feel I should have had that in mind when reviewing it. I'm looking at the review I wrote for it now, and it seems the game was chock-full with bugs, so, I dunno.

Aside from that, Cherry Blossoms, which has also been set to public, or deleted. The characters in that game took the graphics wholesale from Heartache 101 - Sour Into Sweet custom content characters, which is what caught my eye, initially. Again, this was probably a first-attempt, and maybe I was being too harsh. I'm re-reading my review of that game too, and the game might not have been well thought-out. Still, I suppose there are trappings of a classic VN in there?
Sgt M

Close
10/14/2019 06:37 PM
I'm pretty hesitant to pick a "worst" RPG Maker game because I don't want to unknowingly pick a 15 year old's first attempt at a game and openly mock it. Or some edgy thing someone made in 2004 when the internet was a completely different place.

I guess if I had to pick anything, I would have to go with Toraware no Shoujo, one of the most controversial games to come out of the Horror Boom for its creepy content and for completely missing the mark on its subject matter. That said, the author listened to the criticisms and took all of that feedback to heart, and it received a full remake earlier this year which I understand ended up being pretty decent.
Liberty

Uh, highlights would be:
- Hawkman due to the complete horrible message it was sending.
- Blockland due to the everything.
- Megaman GX due to also the everything.
- Attack on Playtime - never has a game served as sleep-medication like this one.
- That one with the bell chimes. It was so badly designed and required you to constantly grind items and the balance was horrible. Also buggy af.
- That one that was just empty rooms with grind required. The chicken was the only good part.
- The game about the poison girls.
- Kung

A lot of these were played for various IGMCs and made within a month, so it's understandable that there might be issues but they were the most memorably bad.
pianotm

Close
10/14/2019 10:17 PM
I don't want to say because the creator of said awful RPG is a frequent poster and has a meltdown every time they're criticized.
thesacredlobo

author=Liberty
- The game about the poison girls.

I'm guessing your refer to this mess of a game Liberty.

Jeez, I never could finish this game. It would always glitch out at random moments. For the curious this was one of the many entries in the 2014 Indie Game Maker Contest. As you can imagine this game stood no chance against the vastly superior "Remnants of Isolation" when it came time to cast ballots for the various entries.
Liberty

Close
10/15/2019 05:08 AM
To be fair, it did take me a while to find my video on this game. I eventually had to search through my list of videos under the description 2014 in order to locate it.
DungeonDevDude 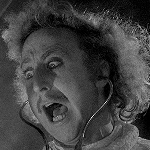 Close
10/15/2019 08:47 PM
I'm sure there's some bad games around (That Hawkman game sounds very yikes), but I'm not sure the existence of this thread is very conducive to a positive atmosphere here on the forums.
Darken

Close
10/16/2019 01:43 AM
As long as no one is getting mocked or barraged with insults it's fine. It's better that stuff like the Wisaos have been abolished or that no one is doing an active retsupurae thing. I do think as an internet culture it shouldn't be the end of the world if your game got a 1 star review and it's worth having an open conversation about works (why something works, why something doesn't work). Though in a flipcase scenario a "so bad it's good game" can still bring enjoyment. A "positive atmosphere" should include being able to laugh at mistakes or accept whatever extreme response you get to what you posted.

Close
10/16/2019 05:51 AM
I don't really agree. Yes, it's important to be able to take criticism, but this thread so far has been more of a "let's laugh at bad games" thread than a "let's discuss why certain games don't work and how they can be improved/salvaged" thread.
Darken

Close
10/16/2019 08:53 AM
I don't see how you get that impression since most of the posts here are just listing off the games. There's not a whole lot of "laughing" to derive from this or direct shame. The only thing being elaborated on is how we ought to talk about bad games, sounds productive to me!
Jeroen_Sol

Close
10/16/2019 10:14 AM
Eh I dunno. I already think listing games and saying things like "This game is bad due to the everything" without offering some way it can be improved is in bad taste.

But I guess I may be overreacting just a little bit.
Tw0Face

Close
10/16/2019 11:39 AM
I'm with Jeroen_Sol. This thread could focus a lot more on improvement. It's easy to list a couple of games saying they're bad but it takes more effort to explain why you think they're bad and how the developer could have done better. This could help many people getting an idea on what works well for their games and what things they should avoid.
Darken

Close
10/16/2019 12:08 PM
We have reviews and tons of articles for that, the game I mentioned was made like 10 years ago and the developer is long gone. I'm not gonna demand people submit their 8 page essay on why they think a good game deserves a misao in the misao thread because then no one would actually post. God forbid we just shoot the shit about RPGMaker games. It's like you want everyone to stay on Discord :V
Liberty

Close
10/16/2019 01:42 PM
I see no issue with listing the names of games we found terrible. They exist. It's not like people are hating on the creators - we've all made shitty games, we've all been at the point where we grew past them and realised how bad they were, and we can all agree that it's nice to talk about the dumber side of RM games. We've got topics about the best of games, so why not a topic about the worst. There's no shaming actual people implied here, but games aren't people. They can't get hurt by being pointed out as bad.

That's just my opinion, though. I understand that you might find it a bit mean, maybe, to shout out crappy games, and that's fine. You don't have to take part in this if you don't want to, but again, I think it's nice to have a talk about this kind of thing, and yeah, it's fun to laugh about the dumb shit we've seen.


Like one game waaaaay back in the early 00s that had the whole game dialogue and story written in 1337 5P34K. yup. I quit about 10 minutes in.
Tw0Face

author=Liberty
I see no issue with listing the names of games we found terrible. They exist. It's not like people are hating on the creators - we've all made shitty games, we've all been at the point where we grew past them and realised how bad they were, and we can all agree that it's nice to talk about the dumber side of RM games. We've got topics about the best of games, so why not a topic about the worst. There's no shaming actual people implied here, but games aren't people. They can't get hurt by being pointed out as bad.

Well, basically, that would just be a list that says nothing except that somebody didn't like a specific game for some unknown reason. The title says "What's the Worst RPG Maker Game You've Played and Why". So why just list bad games and talk about how bad they are and not why they're bad and what needs to be improved to make them more fun? That would be much more productive. At best, we can learn something from it.
Pages: first 123 next last
Forums :: Videogames
Back to Top