Hey guys, so we floated around the idea of a quick and done gammak event on the discord (if you don't know, we have a discord! Check out the link in the footer if you're not already there!) and figured, eh, we need more games for the Flurry of Owls year-long event so why not combine both?

Thus we present to you the 48-owl gammak event this coming weekend.

We're going by the honour system, so if you say it was made within that time, we'll believe you.

There'll be chatting and interaction during this time happening on the discord, so throw down there during the weekend. Alternatively, you can throw stuff in this thread to show off too!

The general aim is to make a game that will be accepted for the Flurry of Owls event, however if you've already made an owl game this year or don't care about getting that award, you can just dick around and make a small, dumb, fun, silly game about owls instead.

You may make assets between the start and now, or use assets you've made in the past or compiled before.

** - Most joke games that are stupid usually don't have enough to get a game page - they tend to be under the standards we require or take 'jokes' too far. Please keep that in mind if you decide to run wild.
El_WaKa


Only 11 months to prep and brainstorm what you're going to do.
Liberty

Close
12/02/2019 03:49 AM
I'll join, current owl game will be extra owl game for later on since it'll take a bit longer than 48 hours to get the current systems finished.
StormCrow

(back in the day some oldbies occasionally tried to make games in like 1 or 3 hours while bullshitting on IRC, IRC is to Discord as records albums are to MP3s; what's really amazing is some of them actually finished)

(back in the day some oldbies occasionally tried to make games in like 1 or 3 hours while bullshitting on IRC, IRC is to Discord as records albums are to MP3s; what's really amazing is some of them actually finished)

Yes... I'm aware, being there for them in the past and running more than a few of them too, but I wanted people to have time to actually make a game of actual decent content and not random shit thrown everywhichway as per the guidelines of the Flurry of Owls event.
Cap_H

Close
12/03/2019 01:45 PM
Sorry Libs but I have more questions. Can I use free online assets as well(for instance my music skills suck so you don't want to be subjected to my attempts at a soundtrack)
Liberty

Close
12/03/2019 01:58 PM
Of course! It's basically just normal gammak as usual, but with a few event-based restrictions. Anything goes with regards to resources.
Hazelsoft 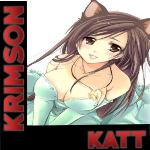 Close
12/04/2019 04:43 AM
I mean, that's a reason to participate if I do know one....
Now, now. Owls... Maybe researching owl wikipedia and symbolism pages and tropes associated with owls would be a nice idea
coelocanth

Close
12/04/2019 11:06 PM
Some Owl sprite resources for people who don't want (or have time) to make their own graphics:
https://rpgmaker.net/resources/192/ - has some birds that could be edited.
https://forums.rpgmakerweb.com/index.php?threads/hiddenones-mv-resource-warehouse.47255/ - has an animated sideview battler in the "wildlife series" section
https://forums.rpgmakerweb.com/index.php?threads/whtdragons-animals-and-running-horses-now-with-more-dragons.53552/ - has standing and flying owls for the map.

anyway i was literally about to DM you about if there was gonna be a winter mak event libby, so i'm glad the banner was put up ;V

edit: coelocanth those are some perfect resources. guess i gotta download mv
Liberty