Before that I started Final Fantasy XII. Very repetitive game, and very dull but almost relaxing in a way. I've hit a point where I got stuck, so I might give up.

I also got Drill Land. (the game my avatar is from. Never thought it'd actually be localized!) But it hasn't really hooked me yet. I've only beaten a few levels so far.
Marrend

Close
09/06/2020 11:11 PM
I'm calling my play of Weird and Unfortunate Things Are Happening done. I my final total play-time was 16 hours, 22 minutes, and would recommend it highly! I also finished Vagrant Story a bit ago, but, wanted at least one other thing to note.

If you want to be technical, I have a test-play of Baclyae Revolution to get back to, but, I'll probably be looking for something new to play in the next day or so.
Marrend

Close
09/09/2020 01:31 PM
I finish off a test-play of Baclyae Revolution, only to start a play of Suikoden a few days later. I am literally the worst. Though, I also have maybe an hour or two of Breath of Fire Dragon Quarter under my belt as well. So, uh, there's that?
Marrend

So, Breath of Fire Dragon Quarter was completed two days ago with maybe 8 hours on the clock? It has always been a quick game to play, but, I have zero regrets with playing it.

With Suikoden, I'm up to 77 Stars out of the possible 108 recruited. The next story-arc should be this game's run-in with Neclord. I'm closing in on the 11-hour mark, I think?

Started Xenosaga Episode 1 earlier today. Not terribly far into it, of course. Still in the Vector lab on the Woglinde, aiming toward the bridge to be talked down to by Commander Cherenkov!
Marrend

Close
10/01/2020 11:39 PM
Finished Suikoden earlier today. Needing a special Rune to run/dash is certainly a relic of a bygone era, and, to be fair, the game is almost 25 years old. Yet, at the same time, the story still holds up, and is good. However, if you're gonna only ever play one Suikoden game, it might as well be 2.

Close
10/15/2020 01:55 PM
I picked up Devil May Cry to have a little something to do while playing Legend of Legaia, but, like, holy hell, it felt a lot shorter than I thought it would. A play-session was about 4 missions, and with 23 in the game, that should mean 6 play-sessions. Though, I could have had certainly multiple play-sessions in one day.

Around this time of year, I typically do a run of Castlevania - Lords of Shadow. This year might be Darksiders 2. I had half a mind to LP either, but, as more action-oriented games, the written format I typically do for LPs doesn't really suit them.
Marrend

Parasite Eve was started yesterday, and I'm still wavering on what I should do on the HOMM2 thread. A part of me thinks I should pick it up again, as I'm dropping Darksiders 2. Another part of me wants to drop it as well (it's complete in a technical sense), and pick up something else entirely.
Marrend

So, of course, since I'll want to start another game eventually, I also start to thinking (again) about doing videos. I don't know how many times I've considered it, but, each time I've made actual attempts, I've gotten slowly closer to having something I wouldn't mind uploading. Though, the fact that the site's Discord channel now has a room to discuss LPs had a non-zero amount of influence in triggering this particular thought-process!
Marrend

Close
11/21/2020 08:16 PM
What I keep forgetting about starting my own YouTube channel, and uploading videos, is how long it would take to upload that kind of stuff. Case in point: my brother recorded a video where we play Expedition to Newdale on Tabletop Simulator.

<advertisement>
It was for a podcast my brother is a panelist on, and the podcast also has a YouTube channel. If you are so inclined, you can watch the video in question here.
</advertisement>

It was an experiment for us, to be sure. I don't know all the details of the editing that was done, but, after said edits, the resulting video was a little over an hour. However, it felt like a month to upload to the podcast host's server, but, he could only really upload for an hour or two each day before going to work. If it was uploaded with consecutive hours, I think the hour-count would have been around 20 or so? So, like, even if my format is more like half-hour episodes/sessions, I'd still probably be looking at, like, ten-hour uploads. ;_;
Marrend

Close
12/05/2020 02:31 PM
Finished Castlvanina - Curse of Darkness yesterday. This is maybe my second or third play of the game? Not 100% sure about that. It's an okay game, I'm fine with playing it, I just wish there was something like the High-Speed Axe from Lament of Innocence to cover a decent amount ground quickly, even if there is a price in Hearts. Though, Hearts are harder to come by in Curse of Darkness, and I suspect the reason why is because the basic from of Fairy-type Innocent Devils can consume 10 Hearts for Heal, restoring 20 health in the process. And heavens forbid we allow players to spam that, right!?


I've my doubts FF10, alone, will occupy me until Christmas. Hell, I'm at the entrance of Gagazet Caves, inching ever so closer to Zanarkand! So, I decided to boot up my emulation randomizer program, and it's first result was Xenogears. Xeno-freaking-gears. Well, Futch-and-Bright. Now I have to play it. XD
Fomar0153

Yu-Gi-Oh! Legacy of the Duelist: I need to finish two campaigns, then I don't know if I can be bothered with the reverse duels. The Yu-gi-oh itch has been scratched.

World of Warcraft: Shadowlands finally launched, it's been fun-ish so far. Though travelling around is as painful as ever. I swapped main after years, I love my Warlock but everything is easier as Druid.

Borderlands 3: Finished the story off. The bug fixes and improvements are good, no longer do I need to wait potentially 10 seconds for the menu to load but that experience still sours me. I might do the dlcs.

Pokemon Sword: The Crown Tundra was fun for a couple of days, only Pokemon I need to re-complete the pokedex are the other horse and regi. About 100 left on my Pokemon Bank living Pokdex, mostly gen 5 pokemon.

I think that's it, been really busy.

December::..
1. Next Jump
A simple tactics game, which is kinda broken. It's not always clear what happens and it led to several game overs. I liked the style but the gameplay wasn't captivating enough to keep me hooked. I uninstalled it after several tries. It was interesting to play a commercial game made in Stencyl, but there are reasons this wasn't a huge hit. 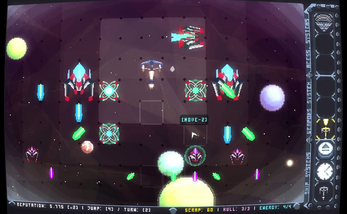 2. Chroma Squad
This was a fun game, but also a very lose one. Tactics part was weaker and balance was all over the place. I think a lot of it was charming, but I'm also glad it's over. Probably the last game of this year.

3. Devil Express
​This game might not be a looker, but it's a cozy warm experience. I like that it promotes social activity and even mentions things like unions. There's a lighthearted critique of capitalism too. It's about lives being different than we might have expected them to be and enjoying the ride.
The ambient soundtrack from Good Kid is quite banging too. 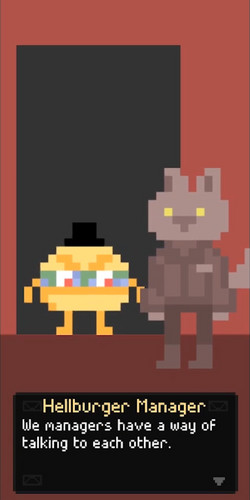 4. Downwell
This is a great piece of design, which is both fun and super addicting and it caused me to rage-quit almost immediately. I guess I'm not in mood for fast reactions and punishing difficulty today.

5. The Bookshelf Limbo
​It's a game about selecting a comic book for your father. You want to introduce him into your hobby. Synapsis of books in the game are all great and so are quotes. It's a nice little mood piece, which can tell you something about you, if you're patient with it. 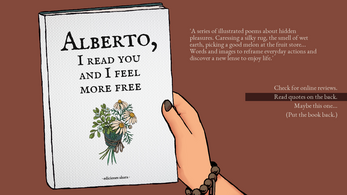 6. Noodles
​This is an interesting concept with some cool puzzles too. Unfortunately, I wasn't able to solve all of them and some visual choices annoyed me enough to stop trying. I recommend it to fans of dreamy surreal games. 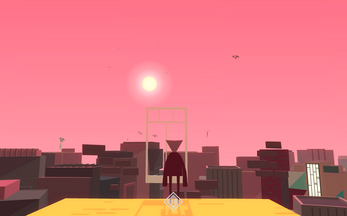 7. Snapdragon
​This was an interesting narrative experience. I feel like it's giving you too much direction, tho and that the environment itself isn't that pretty or interesting to explore. Play it to explore something mildly disturbing and fading. 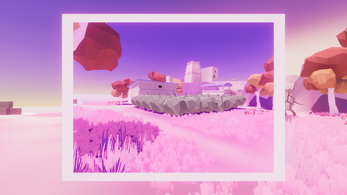 8. The Gift
Another itch.io freebie. I enjoyed the look of it and the overall atmosphere and feel. Animals stealing your package is a good way to make you care about. I think the game is just about the right length too. 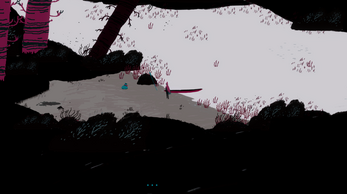 9. Soultower
​Great idea, cute execution and damn hard difficulty. This game's about precision and I don't know if it was me, my computer or the game, what made my moves imprecise. You're a ghost possessing other monsters and you die if you don't possess one for longer than few seconds. I wasn't 100% how far can i dash or if i can posses certain monsters and died a lot. The game feels very polished otherwise and it's definitely a good example of a "climb a tower" genre.

Finished Final Fantasy 10 maybe Wednesday or Thursday of last week? I dunno. I'm holding the line with Xenogears and various side-projects. At least until Christmas. I'm mostly assuming I'm going to get something truly new then that I'll want to throw down.

If I'm feeling really adventurous, an LP thread. My threads so far have been games I've played heaven knows how many times. It might be somewhat refreshing to LP something while playing it for the very first time?
Marrend

Bit of a funny story about Fate/Extella: The Umbral Star. Normally, whenever I'm done lurking on Discord, I set myself to "invisible" and close the program. One day, not only did I forget to set myself to invisible, but didn't close the program either. Kinda took me by surprise to get a DM notification of "Whatcha' playin'?"

My Discord status read that I was playing "PSX2", of course. The specific game was Dynasty Warriors 4 Empires. Which I relayed. They were like, "Oh, I had no idea you liked that kinda game. You should give Fate/Extella a shot. It has 'you' (referring to my then-avatar of Fate's Medusa) in it."

There's a particular irony here that Lu Bu shows up as a mini-boss in the second mission of the game. He's a pretty tough cookie, but, certainly not as bad off as his DW incarnation. Though, the fact that it was the second mission, and you couldn't progress in that mission without defeating him, might have a little something to do about that!


Fate/Extella isn't quite appropriate for the kind of LP I typically do, being more of an action-oriented game. The Outer Worlds, however, probably is. There's a bit of preparations on my part here (among such things: it needs to finish downloading!), but, I hope to provide it as a first-play LP. Once the thread is ready, I will provide a link here, and in my creative writing thread maybe halfway through Session 3, to those interested in following along.
Marrend