THOUGHTS ON THE STATE OF RPGMAKER AND IT'S COMMUNITY?

author=Alditrus
I'm curious: I've seen quite a few RPG games on the Games page that were made by other engines outside of RPGmaker like Unity, Unreal, or something else. Some of them are even 3D. With that said, do you guys think RPG games made outside of RPGmaker even count on the games page, especially on a site specifically centered around RPGmaker?

We are discussing the slow death of the site(and rpgmaker in general) and you think it would be a good idea to cut people from the site that have been posting here for years? (Edit:sorry if that comes across as aggressive, supposed to be more of a sarcastic poke :P )
also I don't think the site was named after the game making engine but rather after the practice of making rpg games.

As to this being a snes fan only thing I don't think that's the case really. I used to think that 2D would die with the introduction of 3D but its still going strong really and even when a game is 3D then super pixelated is still a very popular style so I think pixel art graphics are going to stay forever.

Close
04/19/2020 09:43 AM
i will adore rpgmaker 2k and 2k3 forever. any time a new rpg like 'theia' comes out i'm really excited because it's the type of rpg i like and almost nobody besides rm users are producing them anymore. making stuff in rpgmaker is like peak serenity/therapeutic activity, the flow of the map editor and simple event scripting, it's like coming home. with other ambitions in play i just don't seem to have a reason to do it, but i would love to

there are releases like the og ara fell on steam that prove you can make viable commercial games in it. it's an extremely efficient tool tbh. i think people get caught up in trying to use unity or w/e for an rpg and the (oftentimes unnecessary) added complexity causes their project to fail. maybe more people just need to be made aware that they can have fun in rpgmaker without it purely being a hobby or so-called 'waste of time'. the community could have a massive infusion of life if the tool could just change its public image
Holder 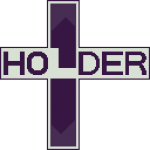 Close
08/09/2020 04:54 PM
It's certainly been up and down over the years, same for anything really. The popularity has its spikes when a new engine is released and some people stick around within the community. Things is it's whatever you're taking into consideration as to what community means as a whole. Newer means of sharing seems to spread people around. Forums have always been my preference but things like IRC moved a lot of people over to using that, facebook had it's groups, any social media.
Recently forums aren't as strong as they once were but they stand the test of time. Twitch has a small group of people sharing their development and also Discord looks like it's pretty strong.

Attitudes have certainly changed, because of the nature of how RM first got 'distributed' around the internet a lot of sharing of rips and free resources were very strong, then later being able to officially purchase the engine got people spending more time creating content. This led people creating resources at a price for their time. There's a good and bad side to that but the people are all mostly still genuinely nice and good people.
seacliff217

Close
08/13/2020 09:05 PM
Expect a spike when MZ releases. A lot of those people will stay for like, a week, then decide even with all the simplicity of RPG Maker they still have to do a good bit of work to make a good game.

Then by this time next year we'll be back in the same place as when this post was first created, and likely in a worst place when it's around time for RPG Maker MXL or whatever unless a few games happen to go viral again.

Personally, I see myself fiddling around with the engines for the rest of my life, and the a lot of the community that happens to stick around are great people.
Pages: first prev 12 last
Forums :: What's Happening in Game Make & RMN
Back to Top