Close
09/06/2020 10:04 AM
The Brutal Seven
The snow came out of nowhere. It was too early for the weather like this. A gang of eight pilgrims got cut off in a small cabin in the middle of nowhere. They got familiar with each other quickly and managed to turn the crisis into a fairly pleasant winter vacation.
That was before one of them was found cold dead few yards from the cabin. At first sight It looked as a bear attack. The man's arm was ripped off and his lungs exposed. Pilgrims shrugged it off as an accident and started digging a grave. The ground was frozen and it took three days to make even a shallow hole fitting a human body. They had a lot of time to inspect the body. One of them spotted something weird. There was a bullet sized hole in man's neck.

"This ain't no accident. There's a bloody killer among us."

They buried the body and returned to the cabin. There were no other people around. Billy was a spotter and he would have known. Most of the pilgrims had a violent past and frontier was a cruel place. They started paying more attention to each other. There was going to be blood. 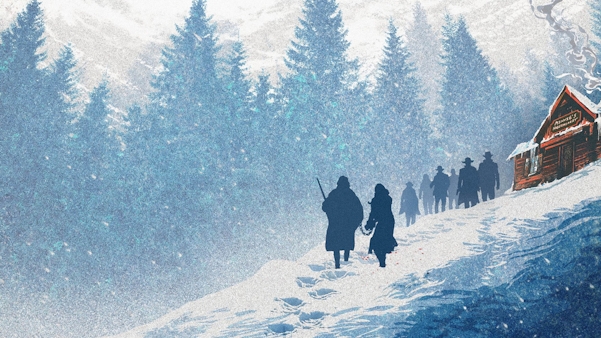 THIS IS A GAME OF MAFIA
Check this pasta for basic information
Show
In its simplest form, Mafia consists of two sides: the Mafia, and the Town. The Mafia's goal is to kill the innocents, while the Town's goal is to kill the Mafia.
At the beginning of the game, the Moderator will secretly send everyone their role. The Mafia will know each other, while (in the basic game) everyone else will only know their own role.
The game has two phases, the first of which is Day. During Day, the Town must choose someone to Lynch; they are trying to eliminate the Mafia, but the Mafia can lead them astray by casting suspicion elsewhere. Generally, players will vote for someone they think is Mafia (the Mafia will vote so that they seem to be doing this as well, and might even vote for each other to confuse the Town); when a player gets a majority of the votes, they are lynched. Their role is revealed by the Moderator, and it becomes Night.
During the Night, the thread is locked and no one can talk publicly. The Mafia, however, can speak to each other privately to plot strategy and decide who to murder before the next Day begins. In this way, they can silence members of the Town who are threats to them. At the end of the Night, the murder is carried out and another Day begins. In effect, the Town gets to kill someone, and then the Mafia gets to kill someone.
The game alternates between Day and Night until either the Mafia are eliminated, or the Mafia have killed everyone else (or nothing can prevent the same).
Check Jeroen's game for more detailed summary of basic rules and roles.

GAME SPECIFIC RULES
The game is nightless. This means there are no faction kills or other actions taking place at night.
Instead of a faction kill, mafia gets to kill only once. Both mafia players are brutal and can kill in revenge after getting lynched.
PMs are going to be very minimalist.
Majority hammer is needed in order to eliminate a player.
Mafia's goal is to reach parity.
Village's goal is to eliminate all threats.
Use #Lynch Name to vote a player.
DO NOT EDIT YOUR POSTS

author=]You're a [color=green
villager. Your role is to uncover and eliminate both killers.

Close
09/06/2020 11:18 AM
Yeah alright, I'm in! Sounds like fun. I like simple minimalist games, and this looks like a fun way to increase the number of mislynches with few players.
Gourd_Clae

Close
09/08/2020 12:58 AM
i am a well known master of the 'brutal fist', an ancient martial art that specializes in beating up your opponent before he beats you up.
Cap_H

Thank you all for signing up!
AtiyaTheSeeker

author=Fomar0153
I'm going to regret this, sign me up.


Don't worry Fomi I won't let them lynch you!!

author=Gourd_Clae
Don't worry Fomi I won't let them lynch you!!

you know how it is XD

If some wants to be put down as a reserve, you are welcome!
Gourd_Clae

author=Gourd_Clae
Don't worry Fomi I won't let them lynch you!!

you know how it is XD

But I'm never a good option!

Yeah, that's what they ALL say

Woohoo, looks like we got all the people we need!
Isrieri

Close
09/13/2020 04:52 PM
Ah, in that case if you want I can give you my spot and I can become the reserve player? I slightly misjudged how busy I'm going to be the next weeks but I also didn't want to bow out after already signing up.
Isrieri

Close
09/17/2020 09:21 AM
Hey, I decided to postpone the start a little as I'm going to be mostly offline for the rest of the week. I think I should be able to post flavour and send out roles in the evening, so you will have 72 hours till sunday evening/afternoon.
AlaskanEmily