The world is held in balance thanks to the powers of the Makers Crystals. Powerful and mysterious artifacts from the past that exude energy to the whole world. But soon, that balance will be disturbed by the Grandmak empire and its hunger for power. A small band of rebels works hard to trump their plans; the Ace Squad will not stop until the empire is stopped. Will you join their fight?
What is this?

Aremen’s Prophecy is a game made to celebrate the RMN community. With a lot of references and in-jokes plus the implementation of multiple free resources made by the community itself, all mixed with gameplay that focuses on resource management and strategic decisions. But most importantly, is the people that make up this community the most crucial part of it. Without the many contributions of dedicated people, RMN wouldn’t be here today. And so, I offer anyone interested to participate by creating your own character to be added to the game!
How I can participate?

Simple, just fill out the template posted at the end of this post and you’re already in. Be aware that I may ask further questions through DMs as the development of the game goes on, mostly to develop more the characters' personality and reactions to events. If you’re not interested in that last part is fine, though the character may turn a little flat.
You can create any character you want, be either an entirely new character, an old character from any other project you may have, or even just a direct self-insert. Just keep it mind that their backstories are subject to changes to fit the story better. Non-humans characters are allowed.
Can you tell us more about the game?

- It will be made on RPG Maker VX Ace.
- Inspired by Fire Emblem, but trying to adapt some of its mechanics into turn-based battles. Specifically: A large cast of characters to recruit, permadeath, random stats at level up, resource and risk management, and a few surprises here and there.
- Medium-short length, divided into 15 chapters of 5-10 mins of duration each one.
- It’ll use mainly the RTP, so it’s easier to set up and to integrate community resources, such as:
- It’ll use the RMN Music Pack!
- It takes a semi-serious tone, the story is important but there’s space for comic relief.
- Estimated release date: Hopefully before the end of the year.
- Signs ups are closed. Sorry!

Template:
Name: (You can choose between using your username or even create a new one)

Portrait: (Pick the character you want from the grid at the end of the post. As a bonus, I’m up for changing colors around to give a little more flavor to the graphics. Stuff like changing the eye, hair and clothes color. There’s also the option of uploading your own custom portrait, just bear in mind that the art style must be somewhat similar to the VX/Ace style so it won’t feel too out of place.)

Personality: (Describe the personality of your character in 3 words.)

Team: (Pick between team the following teams, this determines where in the story you will roughly appear and affect certain events)

Class: (A battle draws near! What weapon will you use to defend yourself? This determines your base class)

Stats: (Distribute 20 points between these stats, with a minimum of 0 and a maximum of 10. These determine your growths and bases)

Rock, Papers, Scissors: (Lastly, pick one of the three, this will have a small effect in your final stats)

(Your final class, stats and growths will be revealed through pm, giving you a chance to reroll once in case you don’t like the final result.)

(Here’s a chart of all the RTP heroes in case you have trouble picking a Portrait.)

In all fairness, bird shrapnel isn't as deadly as wood shrapnel
4083

Name: Rachel T.S., to not be confused with Rachael
Personality: Fiery, caring, moody
Portrait: B12 with color edits
Team: VX
Weapon: Spear, as there's no combat staff, and one could reskin a spear as such
STR: 7
INT: 3
VIT: 3
AGI: 7
Element: Paper

I'm something of a glass cannon for decisive play, not unlike a Ninja from Final Fantasy Tactics. Highly mobile, quick to act, and vicious up-close... but without outside support, highly vulnerable to harm. There's an allegory to be made about my personality, I'm sure.

EDIT: Eh, going with B12 for my base portrait after all, instead of B6. I am the resident female, feline furry after all. :3
GreatRedSpirit 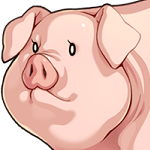 Tie-In: Sarah is the main character of Innkeeper Sarah. Certain choices lead to an early game end where Heroine Sarah has to go off and save the world. She'd be happy to return to Innkeeping... but y'know, Mandatory Quests.
Liberty

Stats: (Distribute 20 points between these stats, with a minimum of 0 and a maximum of 10. These determine your growths and bases)


Please do not embarrass me.
Irog

Guardian of the Description Thread
18341

*Edit: If you're using GTBS, I have some experience with it.
BigGreenCreatures 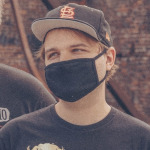 
Thanks for opening this up! Excited to see what happens!
Illy

I give you my thanks for this offer, and wish you the best in your projects.
Beregon
245