If I die, it's whatever, but let me explain my role real quick. It's pretty simple, actually, albeit kinda really reliant on chance.

I can choose someone each night, and if they end up dying that night, then I get their ability for the next phase (if I'm reading it right). However, if I actually get the person who dies right, then I can't use the copy ability again.

The main thing I want to note is that the ability states that if the ability I copy is passive, then it will be in effect from the beginning of the next day, until the end of the next night.

I think what this implies is that nearly everyone has a power of some kind, dunno if I missed that in the rules text, or if I'm completely wrong. But yeah. Information.

That's all I had to say. I'm guessing CAVE's ability is a one-use power that lets him select a player to force votes between him and whoever he targeted... if that isn't obvious.

As for who you all want to vote for, it's whatever.
Fomar0153

I was leaning towards everyone being a power role as well. I have a passive ability as well, can confirm they exist. Mine was tagged as town aligned, and the passive would work for both town and scum, so I figured there was a chance my role was duplicated. So I was wondering whether his role could be duplicated but I forgot that scum wouldn't have to guess the night kill (so it couldn't be duplicated), but that bit could be made up - it could easily be a scum power and they decide when to use the copying power, their guess is whether or not the night kill had a good power role.

As for Odd or Cave or both. We shouldn't draw, if they are both town and the night kill succeeds then tomorrow is mylo (assuming 2 scum, if it's 3 scum then game over). We were warned scum would have powerful abilities, but Cave's power effectively would draw massive attention to themself and quite possibly get themself lynched. At the same time Odd's power could be really strong in scum hands but, if the town power roles include the usual, doctor, bodyguard etc then the copying wouldn't really benefit scum - actually bodyguard might if it protects against a 1 shot kill.

He could be lying, where as we've seen Cave's ability confirmed by the mod, and currently I don't see Cave's power as being likely to be a scum power.
CAVE_DOG_IS_BACK

author=psy_wombats
#lynch OddRabbitThe only thing worse than cavedog gloating would be killing cavedog when he was correct, because then he'd get to do selfrighteous gloating in deadchat.

The only one I don't want to kill is Oddrabbit, because if he's scum, cave will gloat about it

author=Fomar0153
I don't see Cave's power as being likely to be a scum power.

correct in this instance, but i've literally had this power as scum in game on this website
AtiyaTheSeeker

He def wants Odd dead, that much is clear. I forgot if Emily said scum powers were more potent. While Odd didn't specify his role, it's not necessarily a threat? I wouldn't want to out myself unless I had to either, lest I become a target for scum.

As it stands, both Cave and Odd will perish if the duel count is a tie. I don't want that, and I also didn't want a Day One lynch. But as my hand has been forced...

...a vendetta with no good motive given seems sus as all git out. This is a hill I'll die on. While it can be potent, seems Odd's ability is very chance-based. Cave being able to straight-up force one or two players' demise is more deadly.
Liberty

My reason? I don't have a power. I'm vanilla town. Assuming everyone has a power is wronk.
OzzyTheOne

Close
11/22/2020 02:59 PM
I'm also not liking Cave going gun-ho against Odd, I mean, was there any good reason for him to use this power on day 1 at all? Wouldn't there have been a better situation? If we do end up lynching Odd, and Odd turns out to be scum, my money is on Cave being scum with him and throwing his buddy under the bus to buy our trust.

Having said that, we do need to make sure to stay away from ties, so if a tie seems imminent, I will switch over to Odd.
Fomar0153

author=AtiyaTheSeeker
and I also didn't want a Day One lynch. But as my hand has been forced...

Ozzy made an excellent point about no-lynch, barring power roles, not lynching day 1 could just lead to the exact same game state minus Gourd's body armour.

author=OzzyTheOne
Also, I am in favor of day 1 lynch. If we don't lynch, the sheriff will probably lose their bulletproofness and we will have the same amount of suspects, which is a disadvantage imo.


author=Liberty
My reason? I don't have a power. I'm vanilla town. Assuming everyone has a power is wronk.

Assuming for a moment odd is town, if his pm says he gets the person's ability then everyone having a power role is a fair-ish assumption. It doesn't say - you get their ability if they have one - at least not from what odd has said.
OzzyTheOne

Close
11/22/2020 03:37 PM
Just like Libby I'm also vanilla town. Which actually does slowly lead me to believe that Odd's role could be a scum role. My guess is there's like, 4-5 power roles, Gourd's included. Two would belong to scum and the rest to town and the ability to copy/steal the power role from someone sounds to be more favorable to scum than town.

You know what, if that's the case, I'm going to vote Odd, but I'm still going to keep my eye on Cave.

I'm still going to wait for some more conversation before voting Odd.

Close
11/22/2020 04:26 PM
Yo, since Fomar asker, my role's name is Undertaker, as in, someone who helps to prep the dead (make them look beautiful, give them a nice casket) and console the family with a few religious words or something. A funeral dorector

I'm guessing CAVE's is called like, the Duelist or Gunslinger or something.
Cap_H

Close
11/22/2020 08:13 PM
I am finally here, fellow cowpeople.
I can't see anything what would make me want to vote odd and I find his claim to be fairly reasonable. So, I might as well go with voting Nicolas Cage.

Close
11/22/2020 08:15 PM
But honestly, this duel looks more like a mistake with both of them being townies. I think Cave doing the duelist gambit again as a criminal element is something he would totally repeat.
Cap_H

author=psy_wombats
#lynch OddRabbitThe only thing worse than cavedog gloating would be killing cavedog when he was correct, because then he'd get to do selfrighteous gloating in deadchat.

The only one I don't want to kill is Oddrabbit, because if he's scum, cave will gloat about it

author=Fomar0153
I don't see Cave's power as being likely to be a scum power.

correct in this instance, but i've literally had this power as scum in game on this website

but this sounds more like something town cave would say.
Cap_H

And yeah, I see Cave's reason for voting odd. This is a commentary.
Ability thief isn't usually a town related role, but the way he described it (in detail) makes me think that it's weakened just give town little more power. Or it could be an anti-claim mechanic.

I guess killing odd over cave is the right thing to do, but I'm not voting unless my vote's needed. Killing Cave would be a mistake.
CAVE_DOG_IS_BACK 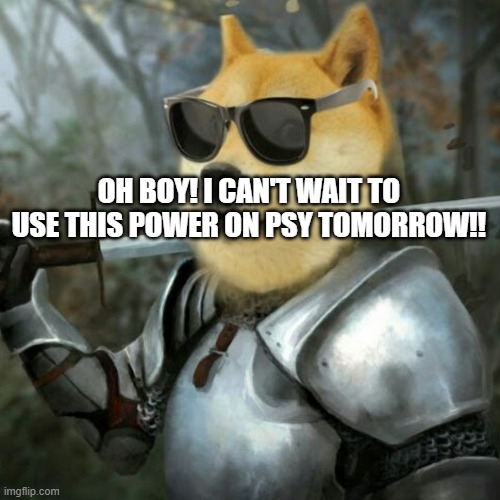 With 10 alive, it takes 6 votes for hammer. I should have mentioned that earlier, but here we are.
psy_wombats

I refuse to believe the duel power is both town-aligned and not shot limited.

I don't think Odd is lying about his power (not that it couldn't be a scum power).
AtiyaTheSeeker