In this mafia game, there is a single player whose role is "Joker". This player wins only when killed by being lynched. If the Joker wins, the game is instantly over and everyone else loses. Don't take it too seriously, this setup can be chaotic.

We need at least 9 people to play. We could probably do up to 13 players comfortably. 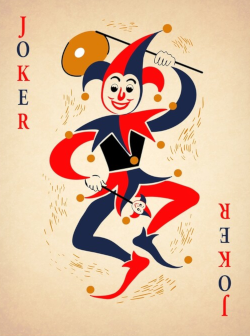 Joker Wild setup
This is a semi-closed setup, meaning that some roles are known publicly and some are hidden when the game begins. There are town-aligned players, mafia-aligned players, and a single Joker who is not aligned to town or mafia.

The town-aligned players win when all mafia players are dead.

The Joker wins by being lynched.

Some roles are public knowledge, and will be revealed when the game begins (this post will be edited). There may be more roles which are not known publicly.

Sample town role PM:
Show
You are vanilla town. You win when all mafia are dead.

Joker role PM:
Show
You are the Joker. You are immune to night-kills. You win if you are successfully lynched. You will lose if the game ends in any other way.

The names and effects of three roles are revealed at the start of the game.

Doctor:
Show
You are a Doctor.

Each night, you may target one player to save. That player is protected from being night-killed during that night. You may not target yourself, and you may not target the same player two nights in a row.
You will be told if the player was targeted for a night-kill.

Spy:
Show
You are a Spy.

Each night, you may target one player to watch. At the end of the night, you will be told if that player used a night action.

Alchemist:
Show
You are an Alchemist.

Each night, you can name one living player and one role by name.
If the named player has the role you named, you can choose one player to target with the role's effect as though you had use the ability.
This only works for players that have roles that target other players, and does not prevent the named player's actions.
You may only name each player once during the game.

In all fairness, bird shrapnel isn't as deadly as wood shrapnel
5524

We can handle more 4-ish players if there are more signups, and if someone wants to just sign up as a backup player that's fine too. As long as they sign up before about the 26th it should be fine.
Eggbertx 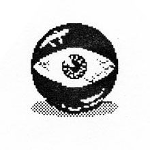 In all fairness, bird shrapnel isn't as deadly as wood shrapnel
5524

author=AtiyaTheSeeker
Alright. Dropping out of the game after all. I'm not in the mood for this.

author=Dyluck
There's no way we're going to kill each other! Everyone! Let's be friends and work together to defeat the mastermind!

Role PMs are out. The original post has been edited to include the revealed roles.

With 9 players alive, it takes 5 votes to hammer.
Dyluck