You will need to post a link to it in this thread when finished. Also, feel free to share resources here too!

You will then receive a Tiger badge worth 50MS.

I hereby declare this the Year of the Tiger. 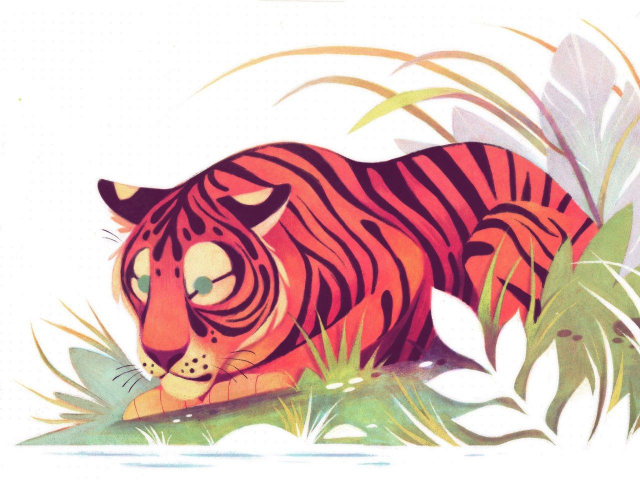 Tiger symbolism stands for strength, fearlessness, and military prowess. In many cultures, as well as religions like Hinduism and Buddhism, tigers are vehicles of various deities. In Hindu culture, tiger skin is considered sacred because it is the seat of Lord Shiva.

A tiger can also stand for military prowess, status, rank, place, and position - even royalty or King. The mystical tiger was also used extensively for its medicine. The state of being grounded is another symbolic meaning of the tiger, for no other animal is as fearless and steady as the tiger.
Healy

Although I've already got a great idea and this might literally be done tomorrow.

EDIT: Oh yeah, this is coming along. Bonus point if you can figure out the inspiration for it. Stoked about this. Development screenshot below.
Show 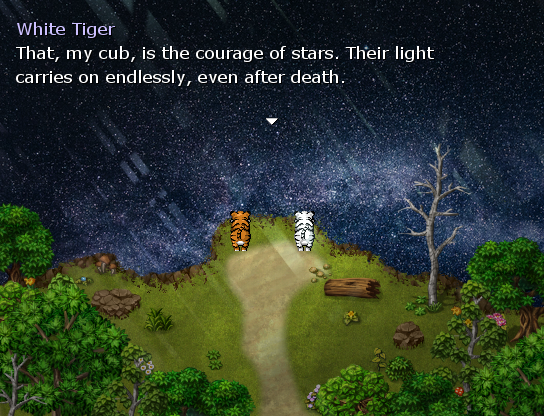 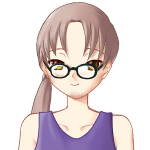 author=Strak
Bonus point if you can figure out the inspiration for it.


Maybe it's just me, but I kinda get a "Lion King" vibe from your screenshot and the text in it.
lavendersiren

Close
01/09/2022 05:25 AM
Considering the white tiger, I'm assuming its based off the predecessor to the lion king, which had a white lion in it.
Screenshot looks hella tight btw!
Irog

author=Liberty
If it's a tiger that turns into a tank, yes. If it's just a tank, no. Not sure you know this, but tanks aren't animals.


How about "weretigers" or such?
How about a humanoid tiger species?
Or one of those ancient Animal/Human hybrid deities?
Liberty

author=Liberty
- The game must feature a tiger prominently.

Tiger I and Tiger II are tigers. But not animal tigers. ;-)
Pages: 1
Forums :: What's Happening in Game Make & RMN
Back to Top