HOW DID YOU FIND RPGMAKER.NET AND WHY DID YOU STICK AROUND?

I think someone mentioned it in RRR's IRC, so I stumbled upon here curiously, and the site looked awesome, so I'm staying.
uh 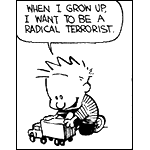 Close
12/24/2009 08:49 PM
I wanted to join a little game making community to chat up others and look at their projects while working on my own game because it's a great motivational tool for me. I know zero about RM but most of the more general game dev sites are either full of vaporware or just not what I was looking for. I had stumbled across GW but didn't really feel like signing up there because it was a little too "Dark Chronicles of BlackDoom starring Wrath McHeartstab" for my taste. Fortunately from GW I found a link here.

I stuck around because with very few exceptions you guys are a cool bunch and even just dicking around in IRC while I work on my personal project really helps me stay on task :p it was nice to see that I'm not the only Pixelation refugee here too. If RMN's good enough for the likes of Ness and Sovan then it's good enough for me.
Black magechill

Close
12/26/2009 07:15 PM
I originally heard about you guys when I was wondering what had happened to the Misaos in recent years; y'know, how it used to be a bigger cross-community thing? prior to that I didn't know it was actually hosted by anyone, but go figure. then I heard you guys were huge on 2k/3, which always come out with some awesome stuff, and committed to join. eventually.
KingArthur

Close
12/27/2009 03:53 AM
I don't even remember why I am in #rpgmaker.net now, it's been so long ago since I first joined the channel (and a good part of that was spend idling my ass off); for reference, I've had my nick registered on Dynastynet since December 4th of 2006 according to Nickserv. I think it had something to do with lots of old faces frequenting the place, though.

I became active in the site/forums only recently, though, when us IRC regulars were rofl'ing about AFD's idiotic antics (read: the epic religion topic). It was so much fail compressed into a topic I just *had* to register an account and post for the lulz. ;_;
facesforce

Close
12/30/2009 06:39 AM
Found it about a month ago. I loss interest in rpg maker 2k after the last few updates on gamingw started to disappear on 2004. I was an active member, but I never posted more than a piece of crap sprite gallery and a blog post on an awesome storyline I wrote. I found RMN when I was looking for whatever happened to gamingw and its vast archive of games. I still can't find links to my favorite games anymore...
kentona

Close
12/30/2009 07:52 PM
about a year ago I bought a ps1 from ebay and decided to replay all those rpg classics that i used to play when I was younger. This triggered a whole chain reaction, and I ended up here thanks to google search
Ramza

Close
12/30/2009 07:54 PM
Alucard mentioned something about this place on msn to me. I think he linked me to a hacked rm2k3 exe or something that was hosted here before as well. Regardless, I liked what I saw and decided to stick around.
TehGuy

Close
12/31/2009 11:03 PM
I think I googled RPG Maker or something and I found this.
I liked what I saw and decided this would be a good place to start putting some of my work :p
Crystalgate

post=61896
I came from GW when I realized how little that site actually had to do with gaming.


this is when i started posting there more
Kef

Close
01/10/2010 08:16 PM
my "friend" Magi linked me to a lot of bad games that got posted here so i registered, that i might make snide comments and cause problems