HOW LONG HAVE YOU BEEN WORKING ON YOUR GAME?

Close
11/01/2009 01:53 AM
Today, Halloween, is actually Muse's birthday. We've been working on it exactly one year. About this time one year ago, we were fleshing out the plot.

Night Shift Noble has been around for a long time, but it was only actively worked on several years ago.
kentona

Close
11/01/2009 02:16 AM
I started Hero's Realm in April 2006 and finished March 2009, bringing the total dev time to 3 years exactly BUT I did take two long breaks during that time. Hellion I've been working on since September 2007 (I think) though I until recently I had only really worked on the game in a huge 17 day code-fest. Generica I made start to finish in 10 days. I didn't even open the maker until day 3 or 4 (the first few days were all pen & paper).

I work in fits and starts, with big dev pushes followed by a burnout and recovery period.
LouisCyphre

Close
11/01/2009 02:19 AM
Speak no Evil was made in about four months, and it shows strongly. I could have balanced Joseph better, I could have streamlined a lot of maps and enemy positions, and I could have fleshed out a lot of the scenes.

I'd rather take what I learned and move on, though.
Runic Cipher

However, I lost interest with it, and it got scrapped later on that year. I decided to use FF5 chipsets/charsets for my new game around 2006. I started messing around with it until putting it on hiatus for one whole year in 2007.

In the summer of 2008, I decided to work on it again, and became more aggressive with the game-making process.

Close
11/01/2009 02:36 AM
Back when I started Pokemon Hunter, I averaged a game a year. That doesn't include any of the beta testing, though, and I went back and fixed things up about a hundred times. PH4, however, has had a lot of setbacks. I started it in February last year, and it should've been done by now, but I got wrapped up in the overhauls of the first three games and took some long hiatuses inbetween. I'm still just getting it back underway. So, it's going on almost two years now.
DFalcon

Close
11/01/2009 03:39 AM
I started programming on my Java tactics game (current working title: Oxtongue Heroes) around the beginning of May, for a class assignment. I had been thinking some of the design elements over in my notebook already, but it's difficult to date that. It's tough to say when I'll be done, but I expect a couple more months at least.


I started Aurora Wing design over Christmas break in 2001 and released the completed game in May 2005, so about 3.5 years there. For reference, I had the first battle in a demo by February '02 and the first five-battle chunk (20-25% of the game) out in a demo by May '02 or so, not that significantly different from their final versions (except that the AI was much slower). So for a while I did think I was going to hit the roughly 1.5-year target I had, but there ended up being hiatuses, slow periods, unforeseen time spent making improvements, etc.
Estrella

Close
11/01/2009 03:58 AM
My current project began on August 27th of this year. I had began another back in late 2008, around.. December I think, but I've since pushed that on the backburner. I intend to complete the current project first as it will be intended to be shorter, but I can't forsee just when it will be completed. I am working on the custom graphics which is unfortunately eating up the majority of my time working on it, and thus far I've only really gotten somewhere on one dungeon really. This is all still pretty new to me.

I do however, intend to reuse resources I create for the current project in the future when I can.
fredo
170

Close
11/01/2009 04:29 AM
Depends on how you define the project. Some of the characters, art assets, and general plotline elements have been around for a while. Some were used once, dropped, and then brought back. Others were initially part of different projects.

As it exists now, I'd say it's been a little over a year for my game - maybe inching towards a year and a half. I'd consider myself to be at about the 10-15% mark in terms of how far you can get from hitting new game till the you hit a roadblock, but I'm probably closer to 25% in terms of having the events, maps, resources, and code in place. I think that's decent progress for ~15 months
J-Man

Close
11/02/2009 02:19 AM
Phantasia 5's development has lasted within' the course of 2 years now, paranoid and stuff, and constantly improving graphics and other crap.

Close
11/02/2009 03:00 AM
Wow I cannot be sure when I started working on Glacia however it was very close to May 2007. Like kentona my the development of my of my games follow the huge push, burnout and recovery stages. Right now im in recovery.
TheDigitalMonk 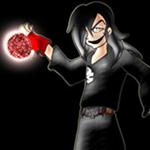 Close
11/02/2009 07:41 AM
A little more than 3 months. A TONNE of that is planning, mind. Lots of 4hr+ conversations with my mostly-silent-on-the-forums partner Defective Detective.

There's actually a lot more work that's been done than you can actually see. DD is working on excel spreadsheets and researching underground plants and writing storyline and character stuff and lots of shit. For the time being, I'm worldbuilding. I want to get the damn maps in place and ready to go, and the majority of the chipsets we need for a demo edited together and done so that once we get a spriter/some other miscellaneous stuff, we can just go full blast and make good shit happen quick. For right now though, dev on my end has stagnated a bit since I'm in the middle of a run for the show I'm in right now that won't be done until the middle of November.
Happy

Still, I hope I could be faster, or I would have sort of crew doing what I tell them to do, haha. In that way I feel RM is very limiting as one has to do everything himself.

post=104702
Still, I hope I could be faster, or I would have sort of crew doing what I tell them to do

i'd gladly volunteer to be your rm bitch, rei. :D
Lennon
88

Almost two years ago, now, I guess. I'm so old. Where did my life go? I don't even have anything to show for those two years!
cilence
0

post=105161
Where did my life go? I don't even have anything to show for those two years!

Same here, okay, not the entire truth, I've already shown some screens, but there's nothing playable I could provide.

I've been working on my game for one year until I've cancelled it, and so I was going to create a new one. I thought that would be the better way, and it was really better, but only in one case: All my graphics get better looking because I could improve my graphical skills. Also, my scripts were better (I've learned much more about programming via Java, that was quite helpful) , too, but I also had to realize that I put to much stress on my scripts and graphics so that my game became a -too hard to end it- thing when I would ever try to finish it. So after all that crap I started, I decided to make a new game again, further with custom graphics, but without one fact wich was ever a pain: A complex story.

To answer the topic's question:
I spent one year of my time on my actual main project.
Deacon Batista

Current main project: I work on that since this summer. It has about 4 hours of gameplay (But I bet I could beat the game in 2 hours ;-) ). Release will be next year, maybe in summer. Maybe earlier. The game itself is nearly done, we are testing and bugfixing a lot at the moment. Improve some points etc. etc.

Edit: Oh, yes, the games I finished so far... the longest production of a completed game was 3 months or something. The shortest was 24 hours.
kentona