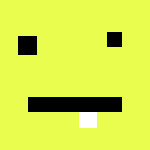 Close
11/16/2009 07:11 AM
Wait, so who gets to use this skill? Is it a general skill, or is it restricted to a specific class? Need some more info on this to be able to give worthwhile suggestion.
LouisCyphre

Also, that kills it for anyone else who wanted to contribute something interesting. I might use some of those, but I'd like some off-the-wall effects. That way there's a reason to use this over the actual buff/debuff/healing/etc. spells.
Drakonais

I couldn't remember what maker you use, so I was being generic.
Shinan

Close
11/16/2009 08:46 AM
-6 Revives all dead enemies
-5 summons random new enemy into the battle
+5 summons random new ally into the battle
-3 A random player character starts dancing and making a scene. For one round all enemy attacks are directed at this particular character and the character can take no action during this turn because of the deep urge to dance and express oneself.
+/-? A random party member and a random enemy start struggling in an epic battle of Rock Paper Scissors, The loser flees the battle.
0 (50% chance if the result is 0) the battle background changes into a new random battle background (alternatively there could be other fun visual effects such as stars or flowers or hearts covering the screen).
Craze

this is a fantastic idea. do this.
LouisCyphre

Close
11/17/2009 12:09 AM
Just make something like SUMMON TORNEKO, where it's rarely (if ever) bad for you, except the occasional turn spent just laughing.
Kaempfer

No. Each action has a 1/x chance of happening, where x = number of actions.
LouisCyphre

Close
11/17/2009 01:51 PM
- drops a giant steamroller with an angry vampire on top of the enemies
- uses a random high tier spell/skill
- temporary elemental resistance increase
- changes a monster into a bigger monster
- causes a big explosion damaging both enemies and allies
- changes a monster into a hero and a hero into a monster
- deals damage to the "unit on the battlefield" with the highest level
- reverse hp of party members (ex. 80/100 -> 20/100)
- turns the gambler into a poor peasant
Pages: first 12 next last
Forums :: Game Design & Development
Back to Top