WHAT MAKES YOU LAUGH?

What makes you laugh? What sort of things do you find amusing? What's your sense of humor like? It's something I tend to wonder about. I myself have a fairly dry sense of humor, but I can appreciate a wide variety of jokes even if they don't make me laugh.

So, yeah, what tickles your funny bone? Feel free to post examples, too!
alterego

Close
03/19/2011 02:46 PM
Mostly web-comics: XKCD, Cat & Girl, Subnormality, SBMC, Dinosaur comics... I also visit Cracked.com every day, and browse Youtube for whatever funny thing I can find, mostly remixes and stuff, like those "Auto-tune the news" videos, they are a bit old now but I still watch them every now and then...

I used to love sitcoms as well, Seinfeld, Fraiser, Coupling Uk, The Office Uk, Scrubs, Friends, and many others... but I don't watch much tv anymore.
geodude

In terms of shows Cromartie High School and A Little Bit of Fry & Laurie are probably my favourite comedies. YGO: The Abridged Series is funny too but it's been a little dumb lately (and not in the good sense)


And Mitch Hedberg is definitely my favourite (and hideously under-appreciated, IMO) comedian:


In contrast Frankie Boyle is a HUGE guilty pleasure. Emphasis on guilty.
Shinan

Close
03/19/2011 03:34 PM
I like stupid. When oblivious people say insightful things without knowing they do so. Or when stupid people pretend to be smart. Or when situations are just so dumb that they become awesome. Stupid people also tend to be fairly straightforward and not go around scheming for fun.

For current sitcoms people like Dwight and Kelly on The (American) Office, Marshall on How I Met Your Mother, Andy on Parks & Recration and Troy, Abed and Annie on Community are the kind of guys I enjoy immensely.

I also like happy funny. While I can enjoy people being nasty to be funny I much prefer funny stuff to happen with an innocent smile. The typical cutaway gag where someone says something and then the opposite happens is one I tend to enjoy. (especially when it is mind-boggling stupid, see above)

In real life similar things apply. I will gladly laugh when something goes wrong or when something just looks so incredibly stupid that you just have to laugh.

So yeah. Stupid and innocent. Basically I love laughing at children.

Close
03/19/2011 06:49 PM
I sometimes like humor that is over the top and wacky, especially when combined with action. See: Disgaea, Dr. McNinja, Kung Fu Hustle, Kore Wa Zombie Desuka. When it's not mixed with a solid amount of action and drama, I actually don't like wackiness very much - it's too overwhelming on its own. I think I most enjoy it when the over-the-topness itself is actually the humor, rather than when the author tries to take something that's already absurd and multiply it by a hundred. When you do that it just becomes either too stupid, or too hard to get attached to, or both.

I also often like snarky humor, whether it is dry or otherwise. I like House, obviously! Other examples are Black Books, British comedy in general, and the monologues done by popular talk show hosts like Jay Leno and David Letterman.

I don't like Bill and Ted's Excellent Adventure, it's too stupid. I don't like Cyanide and Happiness or South Park, they're too disgusting and repulsive. Seinfeld is okay, but often bland and unmemorable, with a few exceptions - a show with Seinfeld's humor but that was actually about something would be far better to me. That's a problem with sitcoms in general, to me. I don't like Kung Pow: Enter the Fist, but I can't describe why - maybe just the low overall quality. Although I like the re-re-dubbed version of Kung Pow on the DVD where every line in the movie is read by a calm British narrator. But I only like that in concept - I still can't actually watch it for more than about 10-15 minutes before the gimmick gets old.
Yeaster

Close
03/19/2011 07:35 PM
I can laugh over the silliest shit ever. It really doesn't take much to crack me the hell up (except if it's ignorance or if it comes at the expense of someone else unless they deserve it).
Kindredz
7

Close
03/19/2011 07:41 PM
- I think its been proven random things make people laugh once, until its memorized. Family Guy is good for that.
- But moreso offensive comedy makes people laugh, because its unexpected.
- Clever things. A good commedian or comedy will include all three.
ShortStar 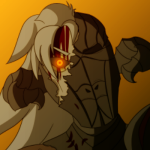 Whose line is it anyway. (the show where everything is made up, and the points dont matter.)

The blue collar team. (Bill engvall is there. w00t!)

A number of other comedians, and decent to perfect jokes.
treeghost

a lot better than being a wapanese kiddo
38

of course Kago,Maruo,Umezz,Usui,Ito,Usui,Nonaka too'
narcodis 
(BEST COMIC EVAR next to the news comics...)
cho

thanks for letting us know
ten_blue_egyptians

thanks for letting us know

this makes me laugh.
Pages: first 1234 next last
Forums :: General Discussion
Back to Top