GAMES THAT NOBODY REMEMBER?

Close
01/26/2012 08:20 PM
I still enjoy Seiken Densetsu 3 but i wonder if anybody else remembers this old snes game, and if i remember correctly, Kazesui had made a tutorial on a ring system, which made me get back to playing SD3 some days ago

Man, I can’t believe I completely forgot about Dark Savior.


Dark Savior isn’t a sequel to Land Stalker but it’s a game created by the same company, Climax Entertainment that has a really interesting premise.

“Dark Savior is a combination of three different gameplay genres: a platform jumping game, a puzzle adventure game, and a fighting game Aside from one or two sections, which blend platform jumping and puzzle elements, these three gameplay types are kept distinct and separate. The fighting game sections actually run in an entirely different gameplay mode; unlike the rest of the game, which features full 3D movement, the fighting sections use isometric graphics but are played entirely in two dimensions.”

“The protagonist of the game, Garian is a bounty hunter tasked with escorting a dangerous monster named Bilan to a prison island where it will be interred. During the voyage to the prison, Bilan escapes and Garian races to capture the monster before it reaches the captain's cabin. The time taken for Garian to reach the cabin determines the course of the game.”

From there, the game sort of branches off into 5 different scenarios. #4 is rather interesting.

“Parallel 4 begins when parallel 3 ends. This scenario has a stronger science fiction element to it,as it revolves around the conflict between parallel universes. Conflicting realities cause the island to become unstable, and leave Garian in poor condition. In this scenario, Garian must rescue his friends to affirm his existence, escape the island and confront the source of the chaos, though he must do it within a time limit and without the aid of save points. This is also the only scenario where the source of the game's name, Dark Savior, becomes apparent.”
tpasmall 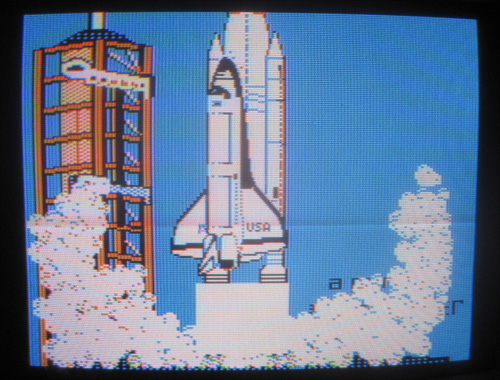 Close
02/08/2012 06:00 AM
Here's a clip of a robot maid riding a cat, who's riding a missile, while catching lasers with her bare hands and throwing them back at an anthropomorphic dog riding a giant, transforming motorcycle.

What I'm saying is that everybody needs to play Mischief Makers.
Milos

Close
03/01/2012 12:08 PM
Ein No Filena is a little-known but awesome SNES RPG. There's been a patch released for it in the past few years and the battle system is interesting for a front view. The story is also pretty decent. <3
I actually started an LP of it, I enjoyed it that much.


Chaos Engine - I don't know if anyone remembers this one but my mother, brothers and I would sit and play this for ages. It's a decent top-down shooter/puzzle game for the SNES and was released in English, too. ^.^

Yeah, I love this game when I played it last time. I totally forgot about this game until I saw a commercial on Lorax, which then reminded me of this game, Lomax. :p

Nostalgic indeed for me. I remember dying most of the time in this game because I suck at jumping...But I still completed it in the end ^^
eplipswich

author=Super_Llama
What I'm saying is that everybody needs to play Mischief Makers.

This game is so damn good. The gameplay is tight, fun and creative, and fits in perfectly with the crazy story and world. Play it!
Dudesoft

author=Red
I found these in a really old issue of gamefan, which I got for my birthday
many many years ago. I never got a chance to play these...

Brain Dead 13 was featured on Splatter a show that specialized
in covering the animation industry which was shortly cancelled. Outside of the magazines
screenshots, this was the only time I ever got to see this game in motion.
it's another FMV-based game[/

True story: the lead animator on Braindead 13 is the guy who mentored me in how to animate.

Some games peeps will not remember, but were great:
Chocobo Racing (PSX)
The Humans (Genesis)
Omikron: Nomad Soul (Dreamcast)
Enker

Probably one of the hardest games of all time.
prexus


I used to play as Sparky.
Red

I'm so glad someone finally mentioned Woodruff and the Schnibble! Everyone needs to play Woodruff.
It's very easy to find and very easy to play on SCUMMVM.

This game is absolutely insane. If you ever wondered what an adventure game would play like without
any text. A game that actually forces you to listen to it's incredibly inane dialogue for hints and clues
in order to proceed through the game, this is it. It's pure torture but it's absolutely brilliant at the same time.

I'd catch myself rehearsing some of the game's dialogue, just so I could remember what the phone number was to
punch in. It's crazy.
Pages: first prev 123456 next last
Forums :: Videogames
Back to Top