"They say Hell lies in other people, but I don't think it's worse than living with your own past. Those people barely grasp what Hell can really be."

You are Avoir Cafard, a miserable, dull man that lives in a dirty and deplorable apartment, in a forsaken town with sad people and monotonous situations.
Avoir works in a local church as a spiritual counselor for people who have problems with life, either because of friendships, love, work, or family.
During five days, he will attend five different people with different situations that are disturbing them.

Maybe that will help them, somehow.

While at it, Avoir is also trying to solve his own problems. Problems about his own past.
He wishes to forget it at all costs.
Sadly, memories from an eternity seem impossible to forget. 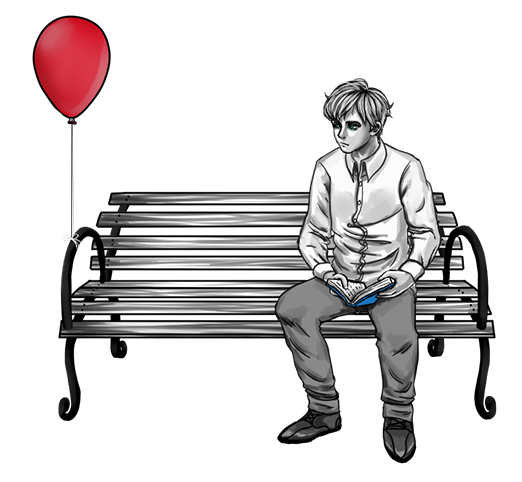 Raziel (Rah-ziih-ell) is an adventure-esque, atmospheric and utterly poetic game where you wander about solving small tasks and talking to people. It aims to be a character study of five distinct people and their stream of consciousness, while also being a tale about introspection, alienation, nostalgia, loneliness, and the human condition.

The game is set within five days of Avoir's life. In each of them, you meet a different person which you must help to ease their struggles about life while discovering new things about Avoir himself.
While not taking care of them, you are free to wander about in the city talking to its inhabitants and maybe even helping them along the way.
It revolves in five chapters with a prologue, two interludes, and an epilogue.

It was made using RPG Maker 2000, using everything the engine has to offer.


You can also find Raziel on...

Steam Announcement, and a great surprise!

Greetings, everyone.
Today we're here to announce some new and exciting things about the project!


First and most importantly,

Raziel is now on Steam!

It would be of immense help if you could WISHLIST it so it could get visibility on the store! Please help us out!


That's right, folks. You asked for it, so we decided that...

Raziel is also getting its very own demo!

You'll get to play Odysseus: A Raziel Demonstration sometime in 2021. Available on Steam, Itch, Kartridge, Gamejolt, and, of course, on RPGMaker.net!

That's all we have for now, but stay tuned for more news in the future.

You can read more about the demo on my website or on its Itch page.

Close
06/13/2020 04:36 PM
I will never not freak out about more 2k3 games being added to the site and this is no exception *shrieks like a dying whale in happiness*
CarlosDavilla 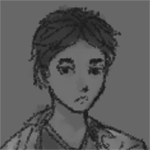 Thank you for your kind words, Frogge.
At first, I was thinking of using RM2k3 to make this project, but I had recently bought RM2k on Steam and thought it would be nice to make a game on it. So far it has been pretty nice.
I hope people will find it an interesting experience when it comes out.

author=TheRpgmakerAddict
Nice graphics and portrait choices! Rm2k goodnes...I wonder WHEN this will be playable....

Thank you for taking interest in my project, TheRpgmakerAddict.

To answer your question, I don't even know that myself, and it would be better to not set any deadlines or make any promises that I can't keep. It's one of those cases of "When it's ready".
I hope it won't take too long to finish it. It's not supposed to be a long game anyway.

Close
07/25/2020 11:40 AM
This looks interesting. I like the concept. And I love games that are their author's game, in the sense that the author puts personal things in it, which seems to be the case.

Writing visual novels/story oriented games can be risky, because it's much, much harder to keep the player invested for long. I recommend you be careful about pacing. Even if you have no battles or no specific mechanics, it's always good to have some sort of breather between dialogs.
CarlosDavilla

author=calunio
This looks interesting. I like the concept. And I love games that are their author's game, in the sense that the author puts personal things in it, which seems to be the case.

Writing visual novels/story oriented games can be risky, because it's much, much harder to keep the player invested for long. I recommend you be careful about pacing. Even if you have no battles or no specific mechanics, it's always good to have some sort of breather between dialogs.

I'm honored to have you here commenting on my project's page, Calunio. You among other things are an inspiration for me to make games the way I do. Thank you for taking the time to come here.

Also, I would like to point out that yes, it is a little bit autobiographical, but at the same time, it stands out as its own thing.

And I appreciate the tips. I'll keep that in mind.
I believe you'll find this game quite an interesting experience.

Thank you once again for coming here and taking a look at my project.