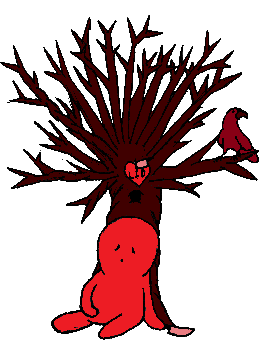 A young orphan, Mint, lives alone with his adopted father Channelor. Channelor has abused Mint for many years, and told him not to talk with his best friend, Jace.
Mint longs for a good life and begins missing his dead parents, especially his mother, then he ever did before. Mint continues to live his "life" with Channelor
and rarely ever has a smile on his face.

Five years later, Jace has disappeared for unknown reasons. Mint is sent into a state of depression and no longer has the will to live. One day on a drive to school Mint bails from the car and heads for the Abyss, a place he had heard a lot from his friend Jace. Mint jumps down in an attempt to end his life, but fails. Now he looks for purpose, a way out, and love.

-Explore the Abyss in a reverse tower climbing style map

-Experience a game in a red and black graphical style

-Experience a wide arrange of genres in the Abyss OST such as: Metal, Electronica, Atmospheric, and many more.

Abyss was made in RPG Maker VX Ace and began development August 22nd
2016, and has taken about a year to finish the demo. I hope for the game to be released sometime in the middle of 2019, at the earliest late 2018. I hope you are excited for the full game to come out.

(please note that the full game will probably have more in the areas featured in the initial 3 areas compared to the demo. Also, the OST is not featured here, but will released on Band Camp once it is finished, and probably on steam as well.)

So. It's been well...more than a year, and no posts. At all. I really should've posted this blog 11 months ago but I just couldn't bring myself to do it. Probably about 1 month after 1.1 of Abyss was released, I started to have...doubts, I guess you could say. I started second guessing everything I had ever made in this game. I realized that this game really didn't end up being what I wanted it to be. It just didn't live up to my expectations. So, as you might expect, I cancelled it, and never said anything. I really do regret cancelling it the way I did, and I should've just said something when I decided I was done with this game. Since then, I have worked on many games...all of which never got much progress, and none of which were ever even mentioned to anyone besides my friends. Since then, I have gone from VX Ace to 2003 and then finally going to MV where I have settled for about 4 or 5 months. After all this time I have been sitting back, and learning. Learning why certain games are fun. Since then, I have become, at least on my opinion, much better at making games. About 2 days ago (from the time of this blog) I started something...new. Something unique. Something that I've...never really properly attempted before. While I've always had ideas in my head to make something really cool, I didn't know how to fully realize those ideas until now. Now with the progress I have made, I can do exactly what I have always wanted to make. Whether that be art assets, pacing, writing, or just straight up coding, I can finally make my dream game.

This game will be much, much larger than Abyss could have ever hoped to be. It will be grand, at least to me. However, I can't say anything yet. It's still very, very early in development, because as stated, it started development 2 days ago. But I assure you that this game will be much better than Abyss ever was. I hope, to anyone who reads this, you excited to see what this new game is. I have nothing to say yet, but maybe my voice will be heard in the coming future. Who knows.

Thanks for reading,
~Spak 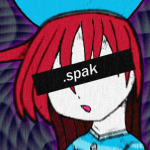 Close
10/03/2017 03:24 PM
This post has been hidden by the game developer. Click here to show the post anyway.
If anybody hasnt seen the game jolt post, this game wont be released for a little
on here as my computer is currentley broken, but I will release it as soon as its done!
Pages: 1