Hey, everyone! I am back with another update regarding the project and while there won't be too much to discuss since I'd like to keep a handful of things under wraps, there is enough to get you an idea of where we are and how long it may be before you can all get your hands on the next version of the game. That said, let's get started!

When development on the game's DLC began, one of the things I wanted to make absolutely sure to do was to give the guest characters a proper grid along with the base game grid. This is designed to make your favorite guest fighters more powerful and to increase their stats to make them more viable in combat.

Never underestimate your guest characters because believe it or not, some of them are the most powerful and useful fighters in the entire game. If you're curious on some guests that are my favorites to play as, I highly recommend Zero, Yae, Cress, and Princess.

Last time, there was an announcement that all characters would be getting all of their authentic sound effects. In order to further differentiate and celebrate each playable character, all of them are being touched upon in one way or another. However, if some characters have silent sounds in their previous title(s), then they will by default use the Monster World 4 sound effects to suit their needs.

The sounds themselves range from jumping to landing and even various attacks such as Shantae's hair whip. A video will be presented below for some examples.

Since the 2nd story arc is in development, it made a lot of sense to add a lot of scenes not only in the arc itself, but optional ones that are being scattered throughout the main world map. Some of them are for character development purposes, others are just for fun. 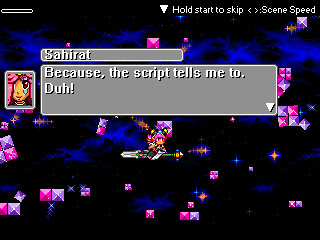 Currently, over 30 new cut scenes have been added and there are still more on the way, so if you believe the new package won't have as much story content, you couldn't be more wrong.

New Musician On Board!

Along with the current 20 or so musicians we have that submitted something to the game, we have added one more who agreed to collaborate with us on the project. I will be revealing them sometime in the near future.

Previously, we revealed version 1 of the downloadable MWIV arranged soundtrack that was made in collaboration with a good friend of mine who knows his stuff with FL Studio. Since we are aware that not all would likely be able to download the tracks, we are porting them all to YouTube starting with the base soundtrack.

The playlist is already crafted and everything, but we just need to do one last thing before they're available. We hope you enjoy when it is time for its release and a media update will be posted for its link as soon as it's ready.

Faces To The Faceless

One thing that bothered me for a while is that some important figures in the game's world do not have a face card yet. Within this next update, as many important characters as possible will be getting a face card. An example is below of the rich woman. 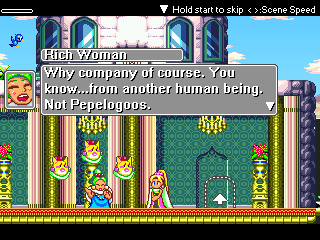 There was one thing I kind of regretted and I believe should be done for V2. Since this project is a celebration of primarily action platformers and rpgs, I strongly believe that it should have an image representing that. It's not just about Monster World or Shantae, but a cast of characters that have been cherry picked from games that I've played over the last decade.

The final loading image will look something like the one below, but some characters are missing, so it will have to be remade. 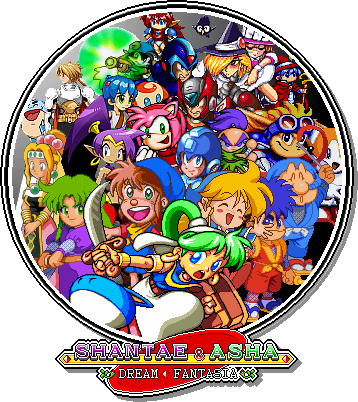 Recently, someone asked about Monster World Legends, which if you are unaware, is this project's "mother". This project would not exist without it since it runs on extremely modified versions of its older code.

If you are curious on when you'll hear more information about it, once V2 of Shantae and Asha is out, we'll be focusing on that game almost entirely. Expect a flood of updates coming in the near future!

That's about all I have for you all right now. In short, the update's progress is going incredibly smooth! It's hard to believe the first version of the game was released 7 months ago. But, the new content itself is enough to essentially feel like a new game in a way.

I'm not sure about a release date as there is still a handful of things to take care of, but I'm certain it will be in the coming months, so keep those eyes peeled! Until next time!