You are Ralph, the eponymous protagonist of countless RPGMaker VX games. You wake up in a stranger's home. The local village elder sends you out on a quest and your short little adventure begins.

My Ultimate first RPG. It's pretty short, and inspired by Pointless Actions, a game where you just explore around doing random things, basically. There is a general plot but it's really just an adventure going to various places and doing various things. I hope you have fun playing my Ultimate Game.

Here's the scoop. Since I can't hope to finish this feature length game in one go, it will have to be released in episodic bursts. I plan to drastically change the game's plot with each new episodic release, while building upon the content that are already released. The result is a dynamic game that constantly changes and become entirely unpredictable. Because of this, I plan to incorporate forward compatibility of save files from earlier episodes with later ones. (E.g. you can use a previous episode's save file in future episodes.) The resulting game should be quite interesting.

FEATURES
- The biggest feature, at least based on man-hours, is the completely custom battle system. It's based off another game's battle system which was inspired by CT. I didn't like the default front battle view in RMVXA, so I made a completely new one from scratch using a heavily bloated common event. Take a look if you're curious.

- Second biggest feature, concurrent with the one above, is the skill system. There are but a handful of skills in the game and you can only carry 4 with you during battles, like a Pokemon. Every weapon in the game contains a skill on them and you may use it as long as the weapon is equipped, but you may also memorize up to 3 other skills from weapons that you obtain. There's really not that many skills in the game, so I'm totally taking any suggestions (your be credited, mentioning exactly which skill you suggested).

- All enemy encounters are scripted. And I dont mean randomly wandering fire spirits either. Almost every encounter is a cutscene. You bet I worked my backend off for them all to work.

- Take enemy drops and use it to learn their skills. I always liked doing that in games and that's what this game is all about. (Or would be if it were that long)

- Exploit the mechanics in the game to quickly become overpowered and decimate your opponents.

- Things that seem relevant to your adventure but are actually not, aka Red herrings

- Loads of unfinished ideas: The game is actually 10% complete, but I made it look like the game is totally complete so you'd think this is a completed game. Also forget what you just read.

GAMES THAT INSPIRED ME TO MAKE THIS
Creepypasta Land - B-grade Horror game that made me think that making a fun (not necessarily good) game is pretty easy. That game is hilarious.

Longing Ribbon - Another B-grade Horror game, it's very strange (because it's made up as the dev went along, just like my game) and the battle system in that game inspired me to make a similar one in this game.

Pointless Actions - A game which has no true purpose or overarching plot and is solely built for the player to go around in. You can do whatever you want within the limitations of the game, and seek your own way. But in the end, we just want to go as 'far' into the game as possible, just to see what the designer had made. In effect, we keep going because we 'can'

Other inspirations include major classic RPG's such as CT, M2/EB, PKMN, FNV, the FF's, and others.

FEEDBACK
I like feedback but one of the biggest reason for me to play RPGmaker games is the creativity, something you dont see much in AAA games. Which is why I am interested in listening to your opinions of this game including: bug reports, balance suggestions, skill and monster ideas, or anything else you think would be fun for the game. I'mma add it in if I agree that it's cool to have. Then I'll probably fall victim to the creeping feature syndrome and end up with large bloated game that never got finished, then we'll know for sure if this game was deader or alive.


Honestly though, I do like listening to feedback/comments/suggestions and stuff. It's fun. And I hope you have fun when this full game comes out at the start of the next century. Thanks and Subscribe if you wanna get notified when the game updates.

Make a blog post detailing what you've done since the start of this event to where you are now in the game. Things you can talk about:

author=bicfarmer
I made the poor decision to play some MMO game that had a big update recently. It was hard to pull away from it and focus on making this ultimate game.

author=bicfarmer
Wavering between having zero ideas and having too much, at different points of time. And being lazy as a landlubber.

author=bicfarmer
From the start of october, I joined the event, decided to focus more on this game that I already poured 200 hours into, in order to finish making the begginer forest. I managed to finish making the forest area boss, but now I want to change some of the other areas of the forest. As mentioned earlier, I'm constantly wanting to change A B and C. Over and over.

author=bicfarmer
Some characters have had their sprites changed, and the older versions have been deleted. Also I deleated all the battler pictures because this game doesnt use the default battle system. At all.

= planning and putting together

author=bicfarmer
I make it as I go along like a real pro. You know what ray bradbury once said? When an idea bits your leg, you start working. And you dont stop till it lets you go. I must admit most of the time i get idea bits is when i'm lying in bed in the middle of the night, though...

= where you are now with the game

author=bicfarmer
On hiatus. My computer had to be disassembled for non-technical reasons, and I do not know when i will be able to reassemble it. The download you are looking at right now is a backup copy on my laptop. It should be fairly close to the development copy, I think. Maybe.

author=bicfarmer
I originally wanted to polish the game a bit and release it after that, but since my computer is disassembled for now until who knows when, I just uploaded this backup copy for you to enjoy because I want you all to have the ultimate RPG experience. No need to thank me.

What's funny is it does about 3 times more damage than you.

This black image with text makes My Ultimate RPG stand out from the rest. 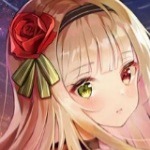 Close
12/01/2017 09:39 AM
I just finished the demo and had a ton of fun playing it!! I logged 1 hour and 39 minutes on my last save file, after beating the secret boss and running around enjoying all the post-game stuff to cap it off~

For people who haven't played the demo yet, you'll be blown away by the battle system. Every encounter takes place on-screen with an ingenious turn-based interface using common events, it made me wonder why the heck I never thought of doing something like that. It must've taken bicfarmer a lot of blood, sweat and tears to implement, though.

The way skills work in the game is really original as well, the damage you do is always a fixed amount starting from your attack/magic stat, which you can buff with certain skills, and enemies' attacks work the same way, meaning it becomes a pretty fun numbers game as you get in "duels" with your foes trying to be the first to whittle down each other's HP. One of my favorite skills to use was "Wind", which has a fixed damage rate of 2 plus the number of turns you've had in battle...so let's say you've taken 10 turns in battle, that means if you use "Wind" then you'll do 12 points of damage which is a LOT in this game, and on the next turn it'll be 13, then 14, etc. which is awesome~

Another neat feature is that once you start up the game, you're given the option of choosing between four different perks:
1. You can save anytime anywhere (this is what I went with and it made me feel a lot more secure)
2. You get a starter pack of equipment (all you get normally is a sword at the start, I don't know what you get if you pick this but it sounds useful)
3. You get two insta-kill items (would be very useful for a couple boss fights, but eh, it feels like cheating...apparently each use of them decreases your max HP by 20 though, which is a nice penalty)
4. You start with 200 G (might be the most useful option, money is painfully hard to come by in this game and inventory management gets tricky, but it's definitely doable and I had fun with the challenge)

As far as the story and characters go, this game takes a really lighthearted approach that I really enjoyed, it's very tongue-in-cheek and has a bunch of great meta-humor later on. I was really sad when I realized there was nothing left to explore because I was excited to get to places like the Cemetery and Harbor Town, which are places mentioned in the demo but never reached.

Overall I'd say this demo is absolutely worth downloading, it's short and sweet, has an excellent original battle system and will keep you entertained start to finish. I can't wait for more!!

Close
12/14/2017 05:02 AM
Neat simple little battle system there. I wish I could see skill descriptions and mana cost during the fight though. I liked the idea of having 3 slots to learn skills from items. Makes it interesting to find new items, but wish there were more items. Money is too hard to come by. I fought everything I saw and then some, but only got 3 feathers to show for it, and they were worth 4 gold each. Once you get poisoned, you're screwed, since you leak HP and drain items while going all the way back to try and find Eric.
bicfarmer

Close
12/14/2017 06:18 AM
Hey man thanks for playing and writing the comments. Game is a bit short right now I know its pretty sad. The bird feathers give piddly cash so you have better chances on the rats. The merchant sells antidotes and eric gives you a free one (if i remember correctly) if you talk to him the first time. If you think this is still too hard and have a better suggestion, I'm interested in it.
Dyluck

Close
12/14/2017 06:39 AM
Part of the issue backtracking with poison is the threat of possible forced encounters jumping out, or that wolf that respawns on the only path back. If those were not there, I could at least make it back out to safety even if I'm out of HP or items.

Oh yeah, the apples for exp was a pretty neat feature too.
bicfarmer

Close
12/16/2017 08:38 PM
The wolf on the tree tops, right? Yeah, definitely would have to swap him out for something else. I'm thinking of putting a heal campfire in the cave too. Hopefully that would be enough if the bees are too annoying.

THanks for the feedback!
StarlightShoals

Close
12/17/2017 03:45 AM
I always thought it would make sense if you could rest in the little bed in the cave, right next to where the save point is (although I guess it would be hard to sleep with all those hornets buzzing around :p )
Pages: 1