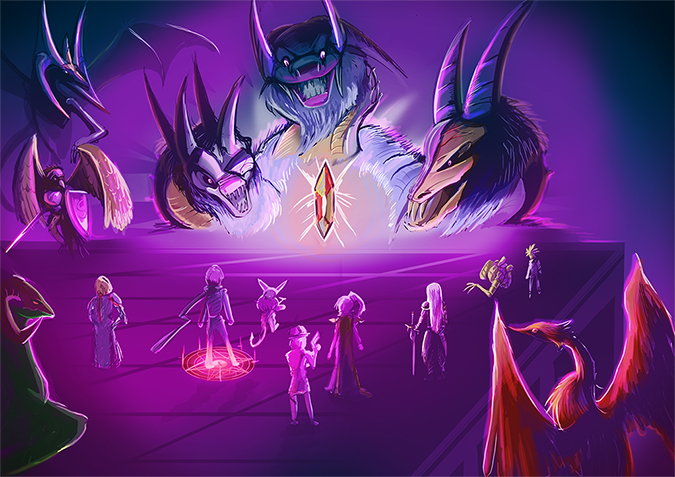 Allan Karas is the older brother of Tay Karas. He is known for being exceptionally strict; a trait adopted by his father, Graham Karas. Despite all this, he can sometimes show compassion for others, like when Tay was first attacked by the Cyber Mercenaries.

Allan wears a blue formal longcoat with tails. The coat is attached firmly by weaved string. He wears black, baggy leggings and tall black leather boots. He has dark auburn hair; with most of it tied away with a red hairband. His eyes are blue, like his mother, Fiona Karas.

He primarily uses a black greatsword, nick named the 'BloodMoon'. These moderate sized cleavers serve a use in the Crusader force for being able to crush metal and armour; something that proves useful laying thickly armoured Cyber Mercenaries by the wayside. The Bloodmoon has a slight looseness to each 'segment' it is made up of down the blade to deliberately eat through matter like a spinning razorblade.

After Ruth Roberts being the first to harness the magic Agu possesses, Allan eventually gains this ability, albeit much more slowly than his younger sister. This may attribute to his selfish way of thinking; causing it to become far too difficult to focus and communicate with Agu himself, who appears mostly silent when he tries to confront him. Agu however admits that it is a two way road; and cannot communicate with Allan either. Agu himself is fairly talkative as demonstrated by his first meeting with Ruth Roberts.

Allan's character is soon realised as surprisingly ruthless; a trait adopted by his rather commanding father. He is eager to acquire power by whatever means necessary which later begins to manifest in Agu. As a child however, he was extremely nervous and timid, unlike his sister at the time who was boisterous and noisy. 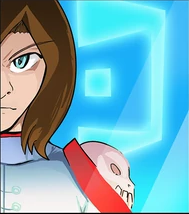